Spore is a life simulation and God game that applies real-time strategy developed by Maxis. The goal of the game is to evolve your species through playing the different stages.

The cell stage is where you start as a single-cell organism, slowly evolving by consuming another organism. The land stage is where your species evolves to traverse lands. Then there’s the tribal stage; it’s exactly like it’s called: Befriend or exterminate other tribes. Further stages do exist, and they all grant new features.

Endless Space is a 4X space strategy game that grants you the full power of ruling over an empire in space. You will come across many political and military matters while also managing your people, or creatures, depending on their face. As you explore the diverse stars, you will discover new life forms with unique traits while also living on inhabitants rich in materials and resources.

Use everything to your advantage as you attempt to start colonization against alien civilizations. The aspect of war plays a massive feature in the game as you can witness its glorious spaceship battles under your tactical and strategic orders. 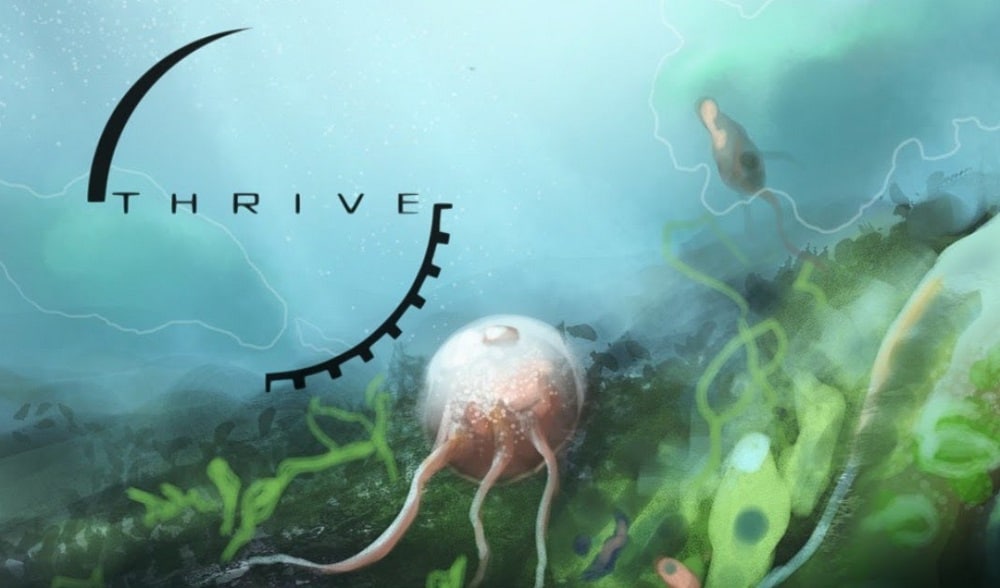 Thrive – A game that lets you take control of an organism and modify it. Help it survive from other organisms or harsh environments. Start altering your species genes and creating mutations. Starting as a single cell, you will eventually spread its kind and build your colony.

Once you begin reproducing, you are looking over the status of the whole colony and controlling their path through the different environments. You will be able to attack other species and use them for your growth. Eventually, you want your species to evolve into a much more complex being that can survive in multiple biomes. 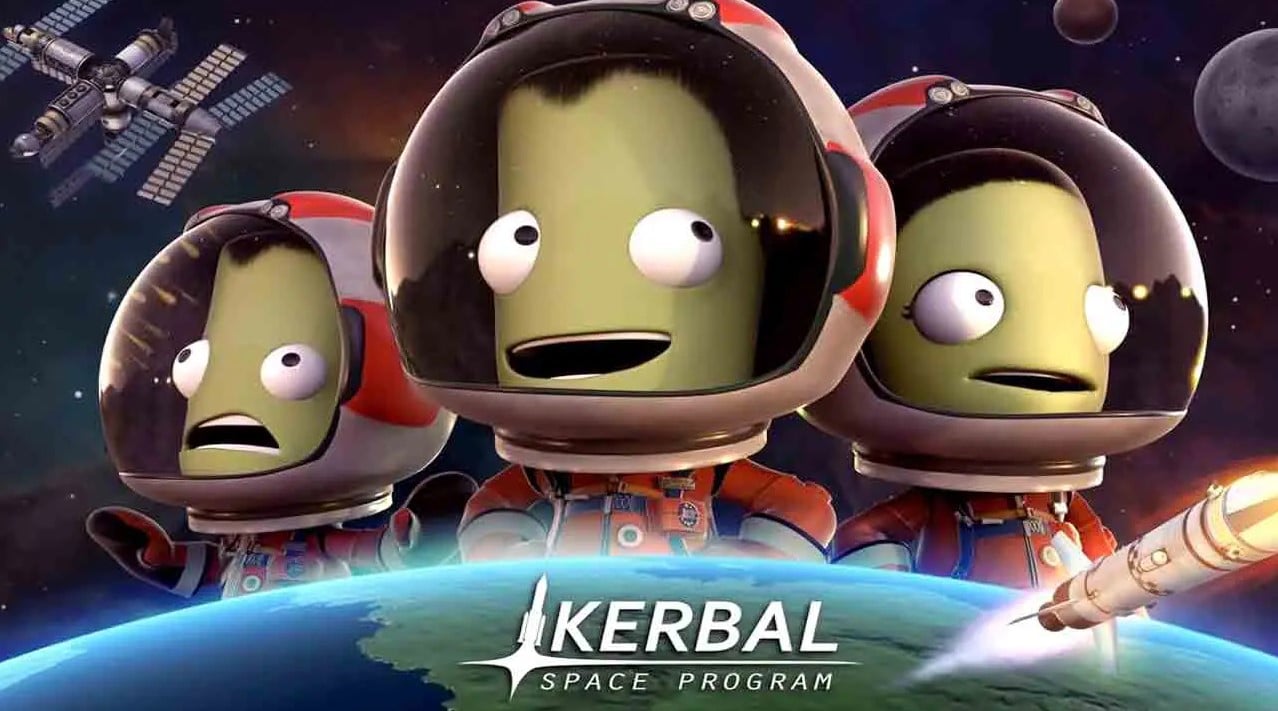 A race is known as “Kerbal” is being sent to space on a special spaceship for the sake of exploring planets, asteroids, orbits inside their solar system. Attempt to do various experiments through their space program. The game offers three different modes to choose from, Science Mode, Career Mode, and Sandbox. Science Mode is meant to learn and study through experiments for the Kerbal race.

Career Mode is maintaining the space program and its features. Lastly, spaceships are built-in Sandbox with complete freedom to test their functionality. There is much more to the game that can be discovered; all you have to do is play the Kerbal Space Program. 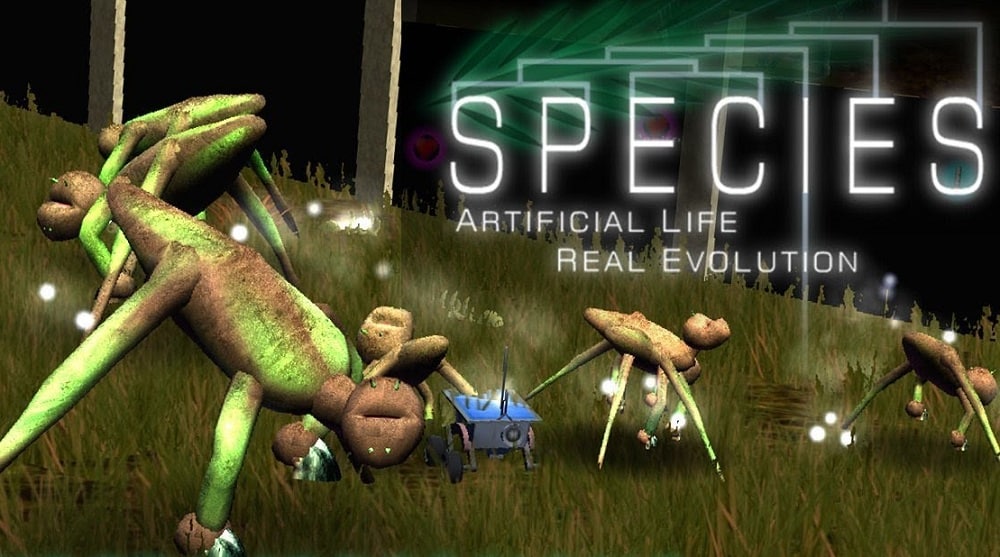 In Species: Artificial Life, you will be brought to see first-hand how numerous creatures get to evolve or die in different environments. Watch the development of species you have been handed and follow through all stages of evolution to study its intriguing process. Or be an influencer of its development as you mess around with the creatures and get to play a god-like role.

You can also mess around with the environment, its temperature, and other available aspects, which all affect the survival of those organisms. Each one of them is unique and defined by its genetics which you can modify.

Eufloria is mainly based on the idea of a plant-growing environment in outer space, settling on asteroids that generally wouldn’t let life form survive on its surface. As a player, get to explore space and control plant growth on asteroids. Each consists of different resources to use to your advantage.

Choosing to play against AI will make the game competitive because they will attempt to conquer different asteroids. It would help if you grew an organism that will obey your orders to finish the tasks you have in plan. Complete through a story mode that offers 25 levels while enjoying the beautiful plants and calming music. 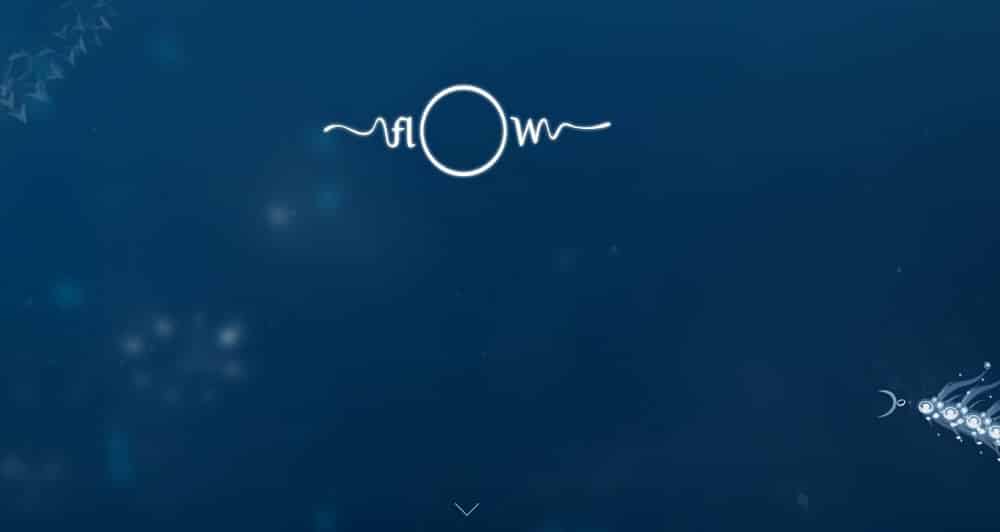 A game based on the concept of mental impression, aka “Flow.” As you control your organism, you seek to evolve it by consuming other microscopic beings. Inside each plane, there are various organisms with unique traits. You’re not entirely safe as other creatures will attempt to eat and custom part of your bodies, but their death will spread plenty of cells to heal any damage done to your body.

You can’t die in this game. Instead, you will be sent to an upper layer. Once you reach the lowest layer of the plane, you will return to your original form, and the game will start over again.

Osmos is a very entertaining game with a simple concept. You play as a mote that seeks to grow and become the largest mote. You become bigger consuming smaller motes. However, you’re also at risk of that by other motes, putting some challenge into the game. To avoid them, you are required to eject yourself in the opposite direction.

Ejecting yourself will get you to accelerate but will cause you to shrink.  But to give you a bit of an upper hand, you are entirely in control of time. They are allowing you to speed up or slow down the pace of the game. 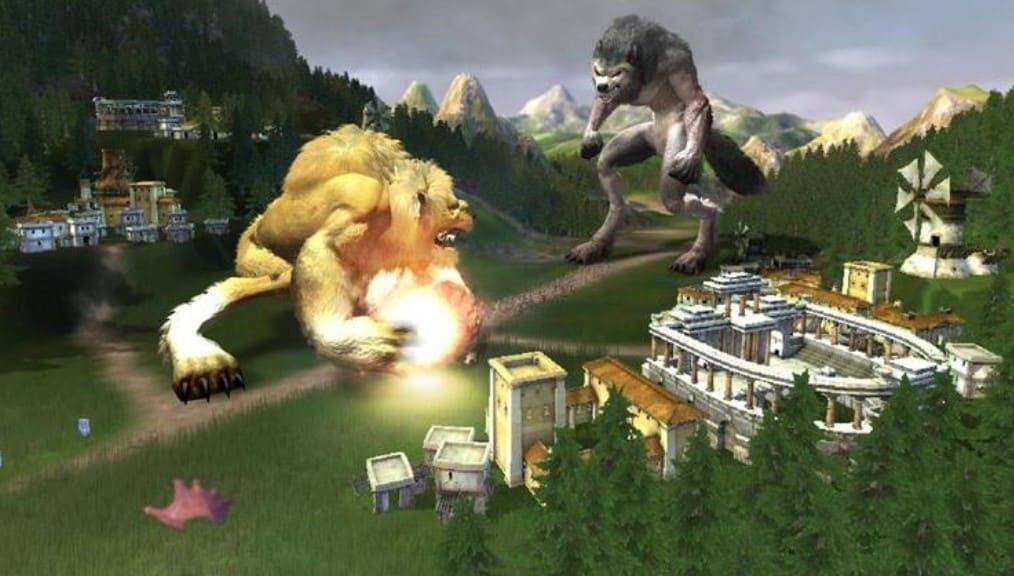 A city-building game where you play as a god-like creature.  RTS is brought to Black & White 2’s gameplay, allowing you to control different military units for combat. You will have to look over the people in the world, not necessarily in a good way, though, then start interacting with them or the environment and watch what the outcome can end up like.

As a god, you can bring miracles or hideous punishment to your people depending on your likings; you’re almost free to do as you wish; however, there are threats in the world, although they are not threats to you, they will be for the city and the tribe.

9. Sins of a Solar Empire 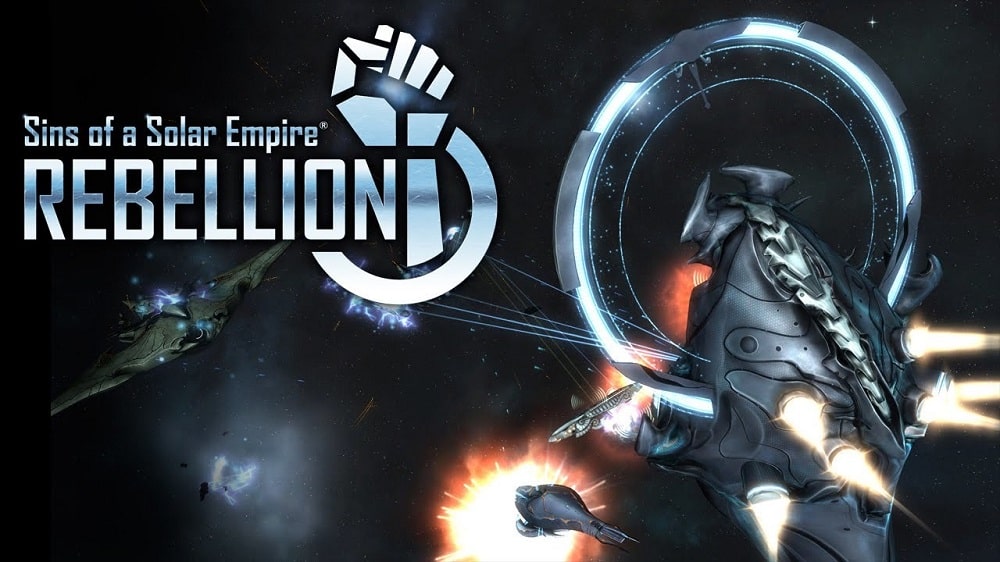 Real-time strategy game with the elements of 4X. Your empire is a solar system. The player can choose one of many factions of his preference as each has its unique perks and playstyle, as well as its race.

To win the game, you will have to take a route of your own choice and complete its condition before getting annihilated by other factions; whether it was a diplomatic route or a research route, you will need many spaceships to complete tasks protect yourself. Be wary; the enemy won’t hesitate to send all their warships, so don’t let your guard down. 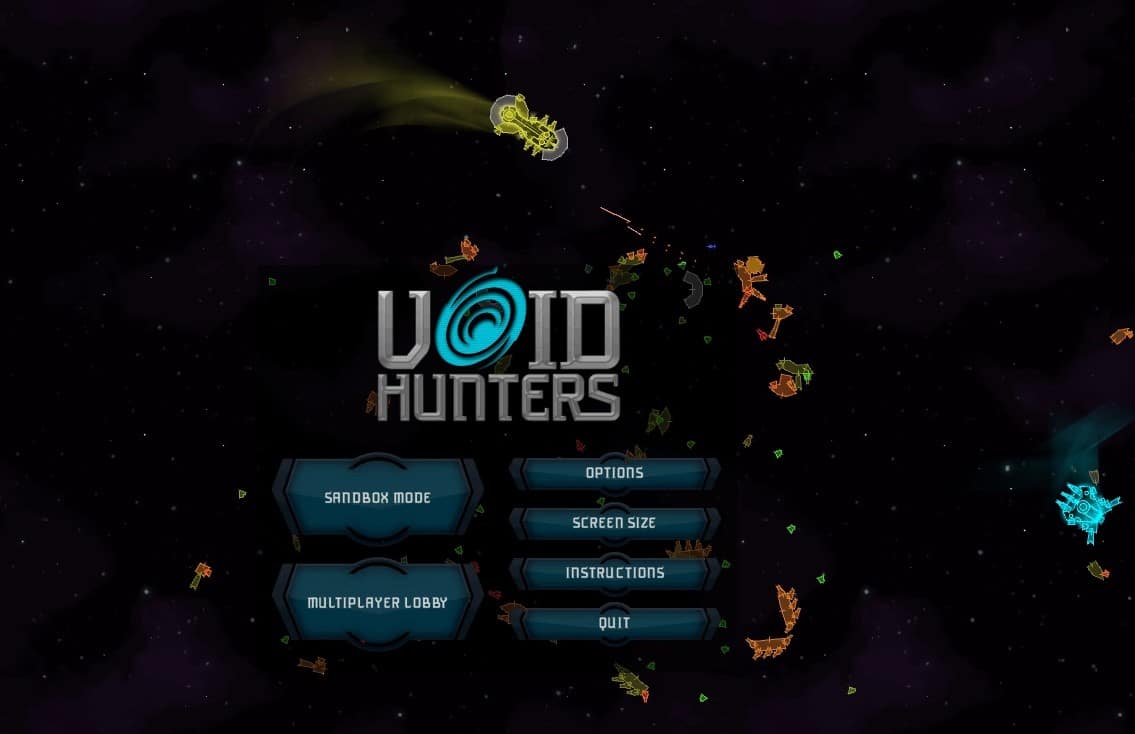 A multiplayer action game that is set in outer space. Void Hunters consists of monitoring and battling with your spaceships against or along with other players. Collect resources by retrieving various scarabs and wrecks from the infinite space and then use them to build and customize your spaceship.

In Sandbox, you can invite your friends and test your spaceship freely before deciding for more thrilling actions, such as battling other players either solo or in teams. Your ship can be equipped with different weapons or shields; each can be assigned its hotkeys to activate it like grapplers or rocket boosters.

They were produced by Maxis, which is also known for making one of the most famous video game franchises, the sims. SimLife is an ecosystem simulation game where the player has the complete freedom to modify both plants and animals’ genetics, allowing an exciting and unique creation to come to be. However, not all products can survive on earth’s inhabitants.

To allow them to survive, players must experiment with the lifeforms and their genes. You’re not forced to find the inhabitants you wish to work under as you can create your world, environment, and terrains. The primary goal of SimLife is to create a self-sustaining environment.

The game’s story is going through all stages of creation for the planet’s history, guided by the spirit called Gaia. You start the game as a weak creature that must progress through levels and defeat enemies on the way. Afterward, you will find yourself evolving into a much superior organism until you become Gaia’s partner, an immortal being.

However, there will always be a demanding boss that needs to be defeated at each level, putting some challenge into the game. Players will also have the opportunity to customize their creatures and save them up to 50 slots! 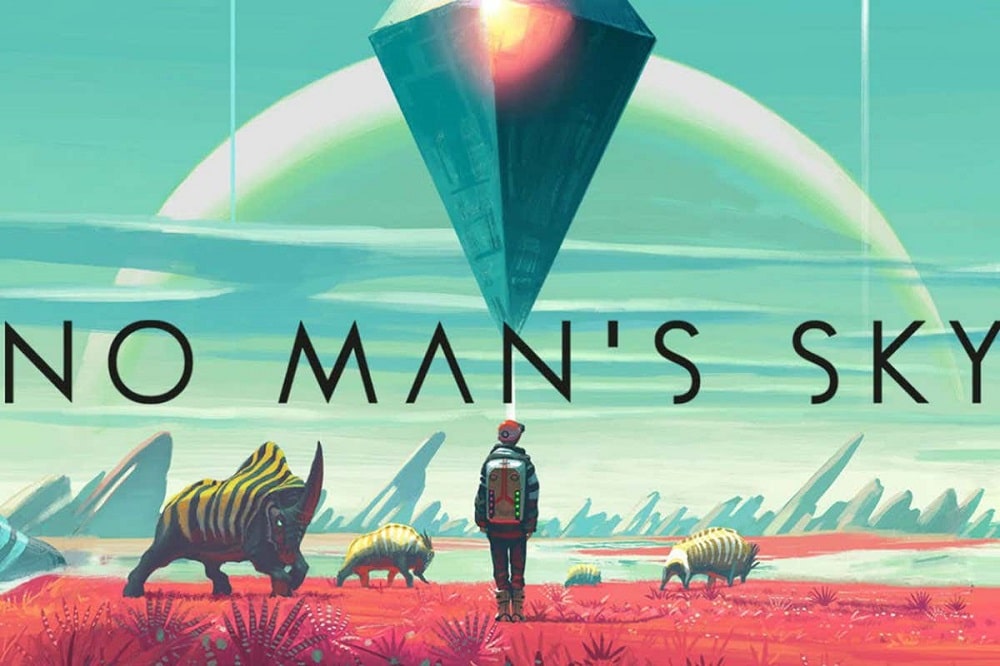 A heavily inspired sci-fi game, No Man Sky’s is all about exploring galaxies filled with amazing phenomenons. There are various planets to explore; each consists of its unique creatures and lives; the best part is you get to choose to fly wherever you want! The universe is infinite. It’s generated infinitely to play inside.

Your role in this big unreserve is also yours to choose; you can become a trader, fighter, or even an evil space pirate who loots others or steals from his enemies. Upgrade your spaceship and maintain it for a smoother, breathtaking journey in No Man’s Sky. 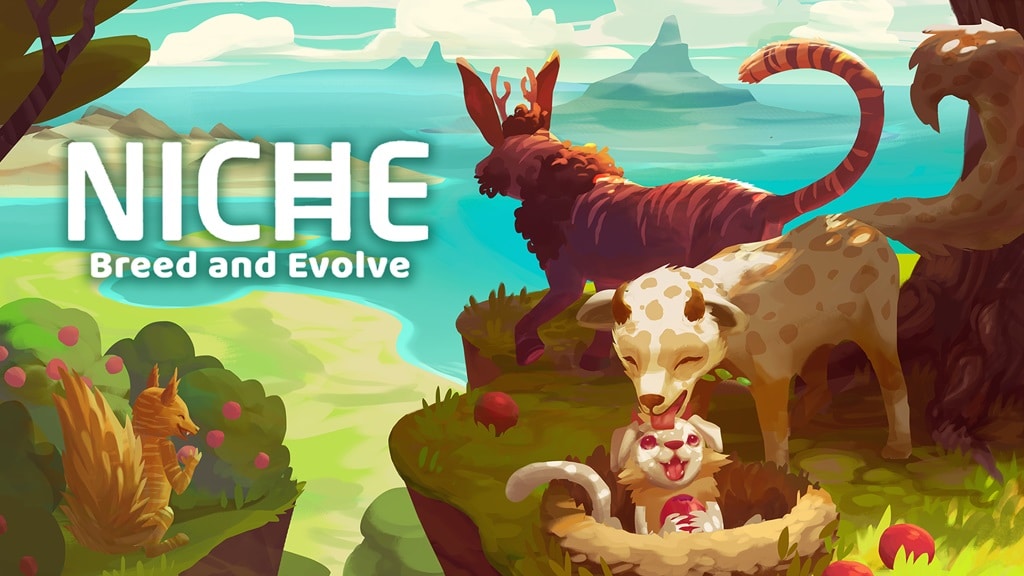 Having a mix of strategy and roguelike elements, Niche is an animal-based genetics game that allows you to test your survival skills. You have to keep your animals shaped, alive, and protected from all threats, whether from other animals, diseases, or nature itself. Living inside a world that keeps changing makes the game more challenging to survive in.

The breeding implemented is based on natural genetics, making it somewhat educational. There are plenty of different species you can create, many animals to produce, and five different biomes to explore. The game ends if your species dies.

10 MOBA Games Like League of Legends You Have to Play
8 Visual Novels Games Like Doki Doki Literature Club
15 Games Like Summertime Saga in Nov 2021
15 Best Cricket Games to Play on Mobile in 2021
How to Unlock Gold Mario in Mario Kart 8 Deluxe
6 Deadly Sins of Indie Game PR
10 Games Like Stardew Valley to Working on Farm
How Much is Your Steam Account Worth?