How To Get Your App Into The New And Noteworthy 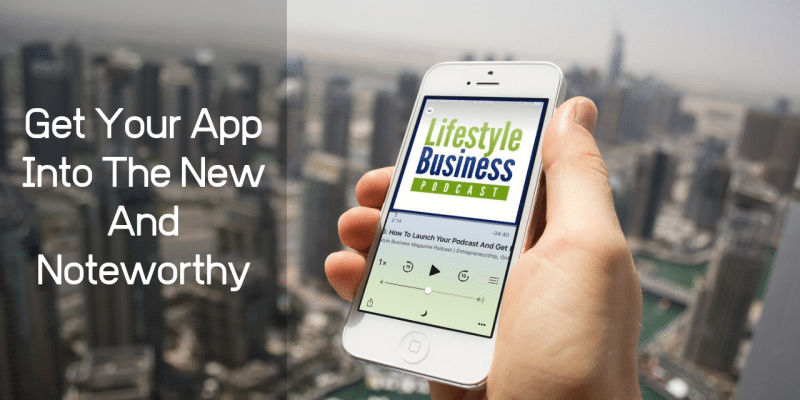 New & Noteworthy is a highly prestigious App Store placement and some developers even consider it a blessing. Being featured by Apple in this category starts a storm of new installs from all over the world. Whether you are a big animal or low budget player in a small niche, New & Noteworthy is your ultimate front gate to millions of iOS users. But… how to get there?

First of all, this is not a get-rich kind of guide with guaranteed success. It can only help you under the condition your app is unique and has some sort of added value for Apple users. But we will talk about that later. Now, let’s see how the New & Noteworthy works.

How does the New & Noteworthy works?

Even there is over 150 countries where you can buy apps, they are technically divided into 25 separate App Stores. A big chunk of countries share their store with several other countries, whilst showing exactly the same selections of featured applications – with localised information if available. However, this approach is legitimate when you consider the fact that Apple is updating their selections every week. For the sanity of their editors, let’s just accept that fact.

As we said, there are countries with their own dedicated App Store (like USA, Canada or Japan), there are few pairs of countries (like UK + Ireland or Germany + Austria) and there are also various smaller or bigger groups of countries with shared stores (for example Slovakia, Czech Republic, Greece, Latvia, Cyprus and many more share one mutual store). If you want to check all exact App Stores, I recommend you this article by Dave Addey.

And if you know about all 25 different App Store markets, you can easily figure out that your app can be featured in 25 different New & Noteworthy lists. However, if an app is not allowed to sell in a particular country from the group, it won’t be displayed in that country. Well… confusing enough? Great, let’s continue.

Below you can see a chart showing downloads for iOS game Trainyard. The peak on the right side is a result of New and Noteworthy feature by Apple. You can read game’s post mortem here.

As a result, New & Noteworthy can definitely help you storm the charts. To break into the TOP 10 free apps on the US App Store, one needs 72 000 downloads per day. If you are not a big name or don’t have a budget for your mobile app marketing, this could be your only chance. So let’s talk about it.

1. Make sure your app is outstanding

One of the things Apple is proud of on their mobile platform is perfection. They really love working and useful apps. App Store approval is one step which filters out the biggest trash and security frauds, however getting feature is a next level and you can’t expect being selected as New & Noteworthy app if you are just an average.

Think about it for a moment. What is New & Noteworthy list from the user’s point of view? It’s some kind of showcase, something which will be downloaded with commitment to perfection. There is no place for average apps, copycats or another gazillionth version of the same weather app.

On the other hand, Apple always welcomes original and outstanding apps. If you can solve a big problem which haven’t been resolved yet, your chance for feature is much higher. Or at least do it in fashion. There are plenty of apps which haven’t been updated in ages and have thousands of downloads. They have old interface, are not optimized for iPhone 5 or simply just doesn’t work anymore. Maybe reworking them would be a huge success, who knows?

Another option is to profit from new possibilities. iOS 7 is behind the door, as well as another generation of iPhone and iPad. Those will for sure come with some new spectacular technological features and part of developers who will manage to use them first in their apps can count with selection for New & Noteworthy list.

2. Have a spectacular presentation

This one is straightforward – no one will give you a feature without an outstanding presentation. App icon, description and screenshots are your conversion points and Apple clearly wants to promote apps which will get those downloads. There is no reason putting your app into the New and Noteworthy list if you have ugly visuals and people will run away scared.

Just look at these icons. Every single one of them is beautiful. There is a big chance in front of you after iOS 7 is officially released with a brand new color scheme and flat design. Take an advantage of that and prepare your app now.

3. Be present in media

One might say that media attention will come automatically when you are featured, right? Big mistake! You need to build your own attraction even before your app goes live and then continuously maintain your visibility. When your app will be picked up in a review process for a feature selection, editors might search for it on Google. And you want to show them nice news and community feedback rather than some random angry discussion post from your competitor which ranks only because there is nothing more relevant to your app.

Also, be aware that Apple editors may actually read some authority portals and forums to help them with their selections. For example, getting on the MacWorld or TouchArcade front page is great, however their forums can help you as well. Here you can find a mobile game site that suits you the best.

4. Grab a beer with Apple

Literally. Having a personal relationship with someone in Apple is a great opportunity for mutual cooperation. Apple is in touch with big names, as well as with small developers producing successful apps. If you are interesting enough, they will call you. Sometimes they even contact you about your upcoming New and Noteworthy feature.

There is another option to build your way in. Start attending mobile development events and conferences – especially in San Francisco Bay Area, there are interesting events almost every month. You don’t need to meet your prince charming from Apple but you may start networking with someone who knows the guy. For example, we were introduced to Apple thanks to our contacts in Facebook.