Ahri looks like a fox, and like foxes, she is intelligent and cunning. Outwardly, she appears innocent and lost, but in reality, she is dangerous. When she is not hunting for prey to consume their life essence, Ahri wonders about looking for her lost tribe, Runettera.

The only asset she has left of her past is a twin gemstone her family dropped with her. Now, she has become a fully developed Vastaya, less than 4-hundred years old, with magical powers of reshaping crude energy.

Ahri has a concealed depraved predatory nature. The heroin wells up with emotion as the spark of memories of her victims runs through her senses. The protagonist extracts her innate power from her surrounding, quickening her instinct and forming caustic spheres to crush her victims.

In this article we have rounded up some of the best Ahri skins that you can use to decorate this magnificent heroin. Read on for the details…… 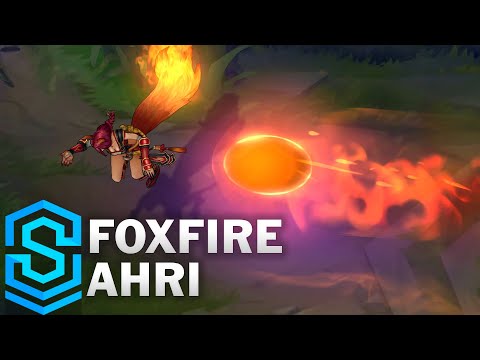 A Foxy lady with a fire tail is the best way to describe the Foxfire skin. In this skin, the protagonist features a fire on her and comes with spots a battle ready fatigue outfits. The fire sparkling tail and weaponized wardrobe gives an incredible look to the Foxfire skin – without saying, the essence devouring queen looks good with her battle armor. Little wonder this skin ranks the best among other low-cost skin as it goes for just 975 RP. The fiery effects are just incredible and worth the money.

Ahri is metamorphosed into a gigantic and incredible fire being. If you want to add some spark to your LoL game, Firefor Ahri Skin is a worthy purchase. 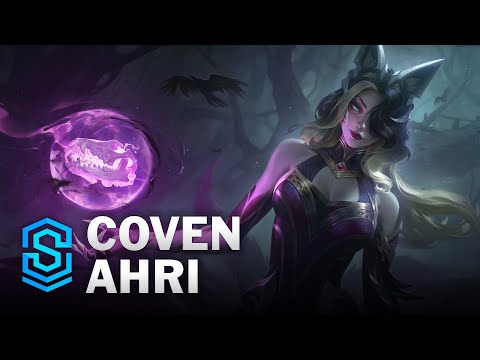 Except for the coven skin, every Ahri skin plays a lot with a colorful theme. The new addons in this skin are voice filter, animations, and VXF/SFX effect. The story is based on the eclipse where the lady-like fox takes on an energetic character that revels in draining essence from her victims that she successfully catches.

However, the power she devoured this time is directed to her ancient god. The tone used in the skin is purple. Players in LOL, especially her mains will have a little trouble trying to come to terms with seeing their usually bright and happy champ in a dark plot. 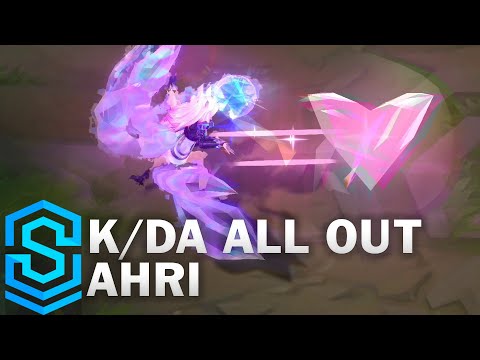 The K/DA all-out Ahri skin is a sequel to K/DA skin. In this skin, you will find out that Seraphine has been integrated into the band roaster. Aside from adding Seraphine into their gang, the band also has a new lively crystal theme to mark the new launching of All Out.

Ahris’s power in this skin primarily has a crystalline look. In contrast with the first version, K/DA, her tail appears more like a crystal and semi-transparent. Her flame is a staged flash and heart-shaped into a vast pink crystal.

Players in this skin will see their champion in a new animated dance to show the band’s new song release and an animated recall. Many fans of K/DA will love this follow-up version. 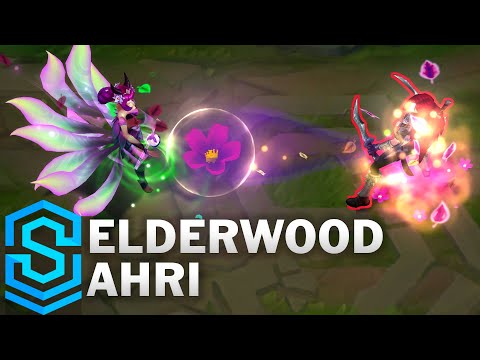 Elderwood skin portrays the cunning fox in a new appearance. Since the release of this skin, it has speedily grown in popularity. It has several variations with unique chromas that significantly transform the champion. Apart from this chromas change effect, this skin gives Ahri a basic appearance and displays her in the forest hugging flowers, which later shows up on her headpiece and clothing.

The skin is indeed a sight to behold hence among the best in the affordable skin range. The animation in the skin is original; her W power changed small flowers, which lends a refreshing appearance to the skin. Her Q and the tiny flowers look like lotuses which lend a cute look to the skin. 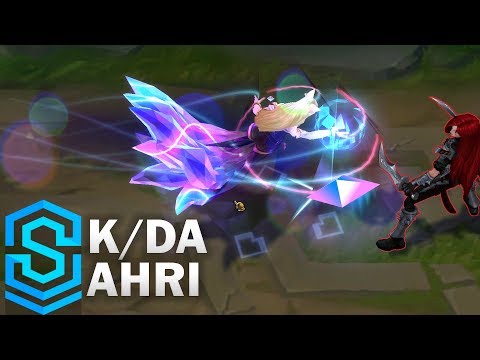 After she attempted singing, Ahri decided to tweak her appearance by joining forces with other champions to start a K/DA K-pop band. This skin is well-known among many LOL players because of its music and well-designed skin.

The skin makers redesigned her tails to resemble a diamond. And her costume options give a stylish black and white appearance. Players can utilize prestige points to unlock a cosmetic variation within the prestige version.

The main thing you can pinpoint in the two variants includes a change in color arrangement and the clothing of Ahri wearing a luxurious-looking gold costume. Overall, the blend of pretty tails, with plain color arrangements, nice effects, dance, and music animations put this skin among the league of contemporary skin with super lucid visuals. 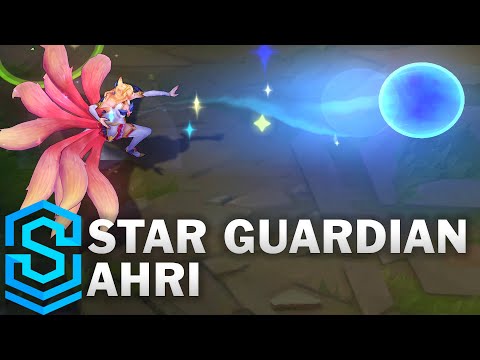 This skin has this sailor moon theme spread all over it. The popularity of this skin grew because of videos and a storyline about a gang of high school pupils who transformed into star guardians to shield the world from aliens. The notable thing in this skin is Ahri playing as Kiko, a pretty small flying friend of hers.

They packed the skin with whatever goodies you hoped for – this is probably why many people love this particular skin. For a whopping 1820 RP, it’s one of the most expensive, yet high quality Ahri skins that’s worth every coin. 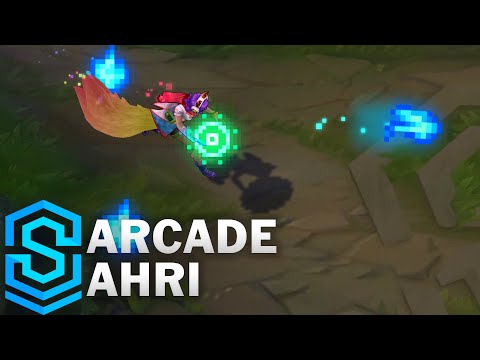 Arcade Ahri is an impressive skin that provides distinct VFX. She looks like she is in an arcade game because of the VXF that has pixilated her powers. There is also an animated recall feature for Ahri in this skin.

While coming back to base, you can see her playing an arcade instrument. Perhaps, the most outstanding feature of this skin is her color-transforming tails. 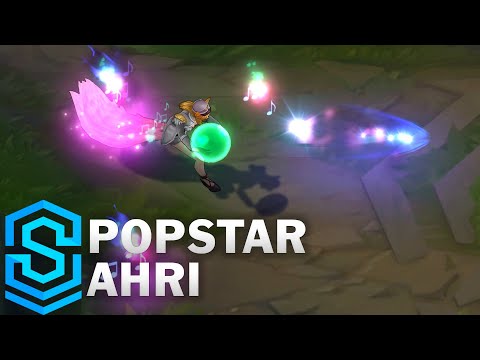 The concept in this skin has lost its salt after seeing several renditions. The skin gives a sparkling pinkish appearance to the fox-like lady who is presented as a popstar. The cunning queen is portrayed as a model character adorning a new cloth and hat.

The blue globe showoff the pink arrangement of the champion, and this makes the skin among the best that gives Ahri the first-class looks. With chroma, the appearance of this skin is advanced for Ahri; she wears a fresh color theme from Ruby to Amethyst. 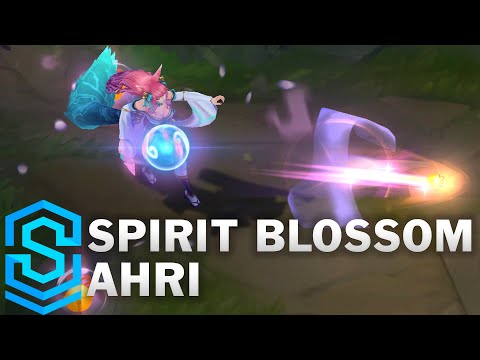 It is a renowned skin inclusion for the fox-queen. It is visually pleasant with a blue and pink color theme. Ahri’s tails look bluish and match the whole color arrangement and the name spirit.

Apart from the pretty changes on the skin, it also has many quirky animations for Ahri. If you are not singularly in love with the colors, then you would love that the skin has chroma-like, night blossom, obsidian, and Aquamarine. 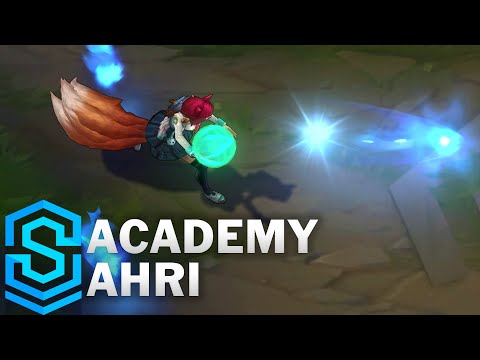 In this skin, Ahri’s tail has a conventional red color. Her backpack and clothes are slightly clunky and not very fashionable. The academy skin is pretty but a wee bit traditional, a total misfit with the horrific backpack design.

The plaid skirt, ties, and bow tie are too much for the eyes. It is like adding too many ingredients into a soup – the saying, “less is more,” works here. Though the skin hardly gets a regular pass mark, it is not the worst skin around. 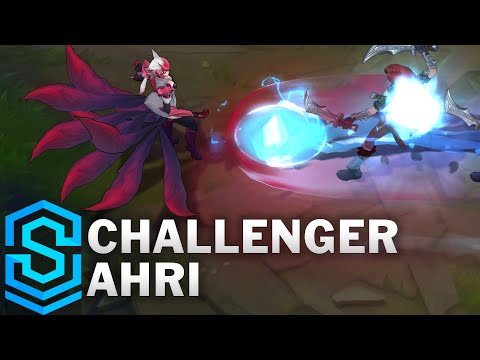 The challenger Ahri skin is a sight to behold. The color white and red gives the skin the spark and vibrancy that makes it unique. The elements in this skin resemble that of iG skin.

The features in the skin make her possess a trophy if you utilize your W. The cup is LOL global championship and a fantastic addition. The skin has this cool dark color scheme that’s very inviting. 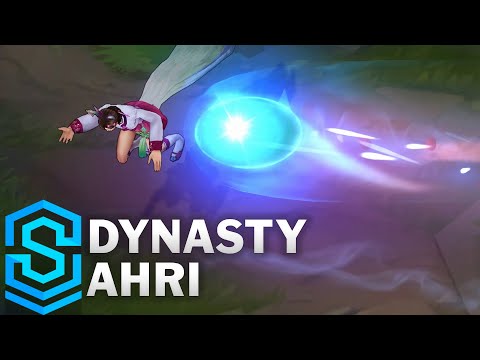 If this article involves listing the worst Ahri skin, Dynasty Ahri skin will probably take the lead. Honestly and categorically, this skin is old. It certainly needs revamping or a sequel that will undo all errors and make up for the lapses of Dynasty.

There is no difference to how it was about eight years ago. If you have played with this skin before, you would likely agree. Many things are wrong with the skin; the splash arts make Ahri’s black hair look whitish – this is deceptive visuals.

Generally, the skin is not bad, though it looks old and is due for a transformation. The price is quite affordable. The protagonist is dressed in traditional Korean wear that matches someone born into wealth and luxury. Her hair is wrapped up in bun style with hairs pins. Being an old skin, it lacks anything special. 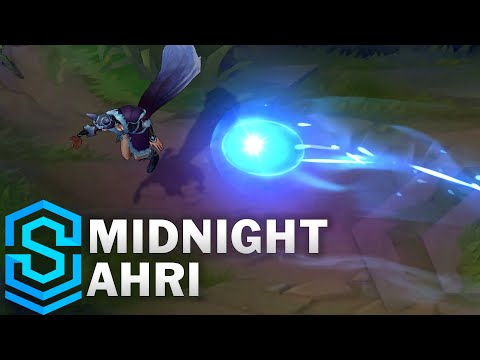 If you think Dynasty Ahri skin was the worst skin, you have not seen Midnight skin. I think it is and will hopefully show you why. First, the whole drama in this skin boils down to one thing – Ahri in a winter coat around hues of blues. Even after going through an update, it still looks ordinary; no wonder it is cheap, just ideal for its low price.

But if you like midnight stories, this skin might pass for you. Dark blue tails, pure black boots, and fur coats; these features define the midnight-appearance effect, no bright color or sparkles except for the ones from her silver crown that shines under the moon.