10 MOBA Games Like League of Legends You Have to Play

League of Legends is one of the best video games in the world. It is a multiplayer online battle arena competitive game. It is based on the continent of Valrolan, where residents gain magical power and play against each other. Select a champion with different unique abilities and styles of play.

You can increase your champion’s strength by collecting experience points, earning gold, and buying items to defeat the opposing team. Each duel involves ten players in groups of five. They are required to dismantle the other team’s crystal hub to win the game. It’s time to show real strength! Be the victors and make the others losers. 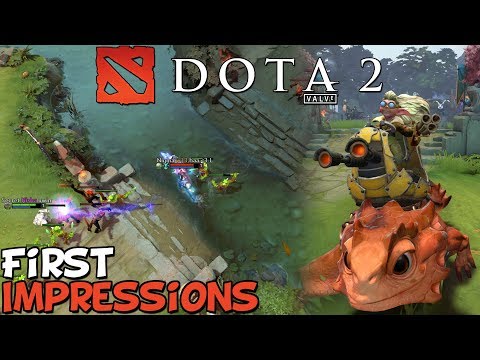 Dota 2 is an ideal multiplayer online battle arena. The matches are played between two teams of up to five players. Players occupy and defend their base located on separate parts of the map.

In the game, select a hero with unique abilities, strengths, and weaknesses. While playing the match, collect experience points and items for upgrading your hero to defeat the enemy. Destroy the other team’s “Ancient” – a large structure within their base to win the match.

In 2020, it was claimed to be the 4th most played game in Steam. Would you want to miss out on that? Try your luck; you will love it. However, it is one of the hardest MOBA games, so it may take you time before you master the art of playing it.

2. Heroes of the Strom 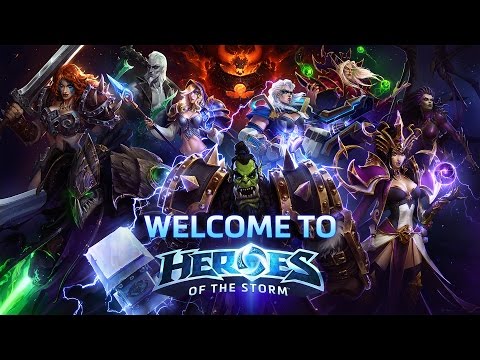 This is a role-playing action game. It is compatible with Microsoft Windows, macOS, and Classic macOS. In a strange limbo of clashing universes known as Nexus, team up in five-player teams and battle it out.

Remember, the main goal of the game is to destroy the main structure known as “King’s Core.” You get to control a hero selected at the beginning of the game. The different heroes possess distinctive abilities and styles of play. 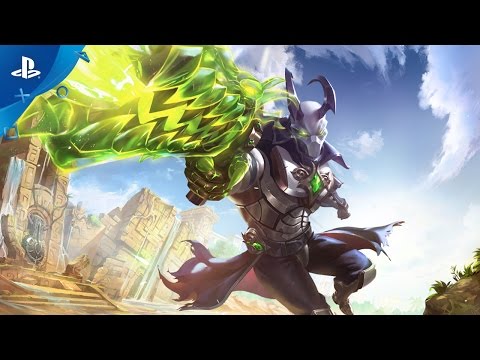 This is a free-to-play online hero shooter. It is an FPS – first-person shooter game. In the game, team up to push your payload towards its destination while resisting the other team. The Payloads move when you are inside its radius, it will stop if the enemy joins inside the radius.

If the payload remains idle for long, it moves backward. When there are no more attackers, and you reach your destination, you win; if not, the match goes overtime, giving the attackers the last chance to push and win. It can be played on PS4, XBOX One, Nintendo Switch, PS5, macOS, and Microsoft Windows. 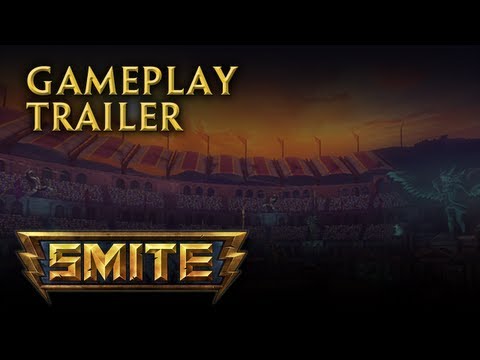 Smite is another ideal game like League of Legends. It is a free-to-play third-person multiplayer online battle arena game.

In the game, take part in conquest with a team of five players. All players begin at opposite sides of the map at their team’s “Fountain.” You will purchase items with the gold allocated to you at the beginning of the game.

The items grant special bonuses and abilities that enhance the player’s character, also known as gods. Of course, you will need to increase your character’s abilities and defeat your enemies to win the match.

It is supported on PS4, Xbox One, Nintendo Switch, macOS, and Microsoft Windows. The game is ideally easy to play but had to master. Therefore, you need to put your best foot forward in the game. 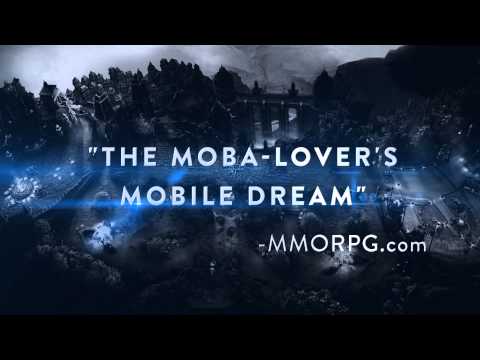 This is a free-to-play game with in-game purchases. In the game, two opposing teams of three or five players defeat the enemy by controlling the path between the bases. The paths are lined with turrets and minions that spawn in the game.

A vital tip is to take charge of the control points as they provide valuable resources.  You will need to select a hero from the roster and strategize with your teammates to compete. The objective is to defeat the enemy turrets and ultimately the “Vain Crystal” in the enemy team’s base to win the match.

It is supported on Android, iOS, macOS, Microsoft Windows, and Chrome. Not only can you play it on your computer but also your phone. 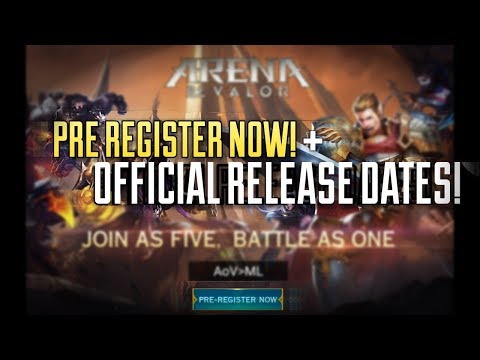 If you have played League of Legends, you will find similarities with Arena of Valor in terms of gameplay. The player controls characters known as heroes in the game.

Each hero has a distinctive set of abilities and roles. In the game, you can earn gold and experience points by; destroying structures, killing non-player-able characters, and killing other players.

The gold and experience points earned can unlock and augment abilities making your hero more powerful. Play with friends to defeat the enemy team and claim victory. Moreover, it can be played on Android, Nintendo Switch, and iOS. Play the game as much as you would want. 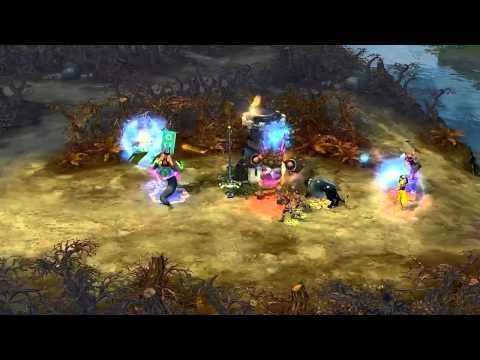 In the game, select a hero and take part in a battle between two nations, all for the control of “Prime,” a critical resource found in the game.

Additionally, capture new territories and attempt to destroy the enemy’s base while protecting your base as well. As a player in the game, a castle will be your home. The castle will also serve as the main base of operations. Create new talent and skills to enhance your hero’s assets for the battles to come. 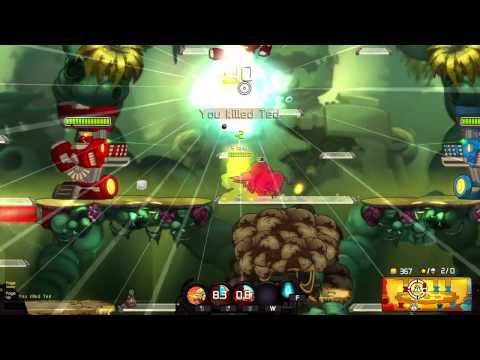 This is another game like League of legends. It is a multiplayer action role-playing game. In the game, select one of the many characters known as “Awesomenauts.” They have unique looks, voices, and a different set of attributes.

The primary match mode has two teams of three, where the main objective is to destroy the other team’s solar collector within their base.

Fight your way through enemy players, automated drones, and turrets that block your path to victory. The exciting gaming experience will keep you wanting to play over and over. 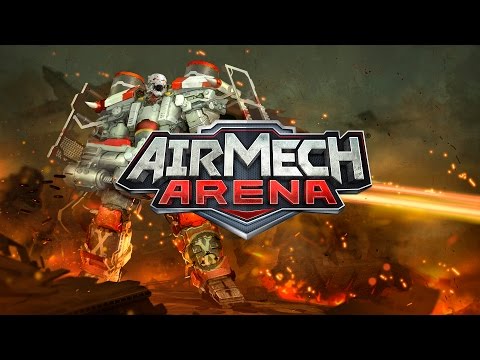 This is a free-to-play multiplayer online battle arena video game. In the game, the player is put in the perspective of a giant transforming robot that flies above the battleground.

The robot can also land on the ground to aid the units fighting. As the main player, you get to build units to assist in achieving the game mode’s goal. The main objective is to destroy the other team’s fortress and/or keep the player’s fortress running.

Unlock units, pilots, and air mech with in-game currency called Kudos. They are earned after each match is completed. You can play different modes such as solo, co-op, survival, and also custom modes which include capturing the flag (CFT). 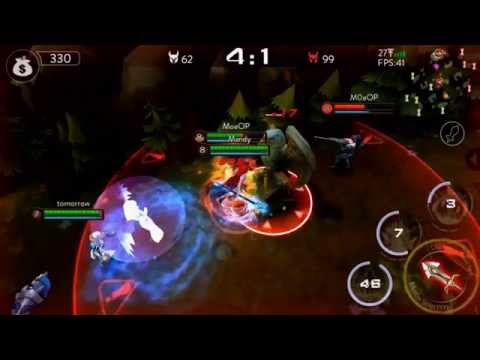 Being a multiplayer online battle arena video game and a mobile game, you will have to get used to using a screen. This is because most games in the MOBA categories require gamepads or keyboards. There are three modes to choose from, 1v1, 2v2, or 3v3.

Play the game to destroy towers, slay minions, take on enemy heroes, and destroy their towers. Select your champion from the different list of champions. Additionally, gather talent stones that can be used to increase your hero’s level and upgrade your skills.

The game also offers in-game currency, in which you can customize your weapons with skins and character cosmetics to stand out. Log in daily for daily rewards and receive new missions in the game.

All these games, like league of legends, are thrilling. To master the art, you will need to play frequently. The beauty of playing games is how mind-relieving they are. As a player, you are fixed in a different world with challenges to overcome. This even comes in handy in real-life matters in which you will be able to sort things out fast. This also increases your critical thinking capacity.

20 Best Tower Defense Games for iPhone & iPad in 2023
How To Gain The Attention Of The Masses In The Video Game Industry
All League of Legends Lulu Skins Ranking 2023
15 Best Racing Games for Android in 2023
Roblox Alternatives: 15 Popular Building Games in 2023
Top 15 Anti-RPG Games Like Undertale (2023 Ranked)
25 Impressive Xbox Statistics, Facts, and Trends in 2023
All League Of Legends Caitlyn Skins Ranking 2023