The most popular game on Switch is overcooked, but many people don’t have a Switch. It doesn’t matter, here are the best games like overcooked.

Overcooked is a multi-player cooperative game, where everyone is assigned duties to clean dishes, cut vegetables, cook, etc., combine dishes to serve to hungry customers and test team cooperation ability. It is a cooking simulation video game whereby players control several chefs, overcome obstacles and hazards in the kitchen.

The objective is to make orders for customers in a limited time. Overcooked is indeed a great game but that doesn’t mean that it’s the only game on the market. Here are other games like Overcooked that you can enjoy playing. 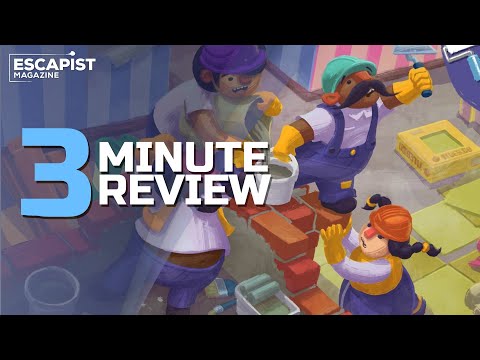 It’s a game of epic tension and gameplay, like overcooked, multiplayer mode, even though it’s not a cook-gameplay. In Tools Up, You can paint walls, move sofas, tear down forces, fight for seconds and still get higher scores. Each player takes the role of a home renovator and works hard to revamp apartments before owners come back.

Recommendation index: the full score is 10; you can score one decimal place. Up to four gamers can play Tools Up together and the game has two modes, party mode, and campaign mode. Just like in Overcooked, teamwork and cooperation are very important when playing the Tools Up game. 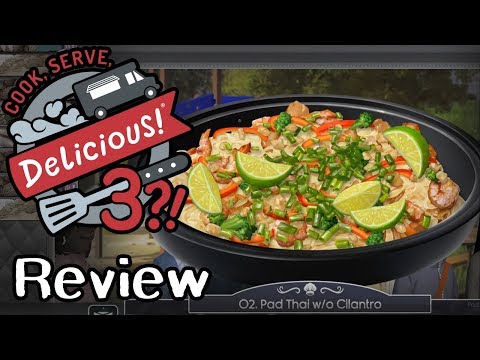 This is another great video game that you can enjoy playing if you love Overcooked. Cook, Serve, Delicious! is a restaurant simulation video game whereby a player has to manage the restaurant effectively. As a player, your responsibility is to control the menu and you earn game currency if you fill customer orders correctly. Cook, Serve, Delicious draws inspiration from a Japan-only game called Ore no Ryouri.

Other than cooking, you should also ensure the restaurant is clean all the time. Cook, Serve and Delicious was released in 2012 as a PC and steam game but you can now play it on Android and iOS devices. You must be able to work fast, multi-task, and follow instructions to excel in this game. 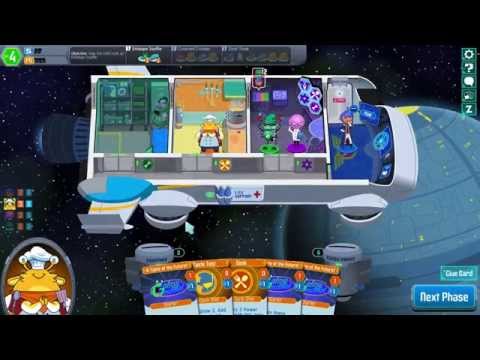 Are you looking for a game, similar to Overcooked, which will enable you to explore imaginary environments? Then look no more, because Space Food Truck is all you need. This cooperative online video game supports up to four gamers playing together. The mission is to explore the galaxy and look for exotic ingredients.

However, at the same time, you should keep off wormholes, pirates, and other hazards of deep space. To win the game, you should ensure the ship doesn’t fall apart before you finish every recipe. You can play as either a Captain, Chef, Engineer, or Scientist. If you are less than four players or you’re playing alone, then you have to take more than one role. 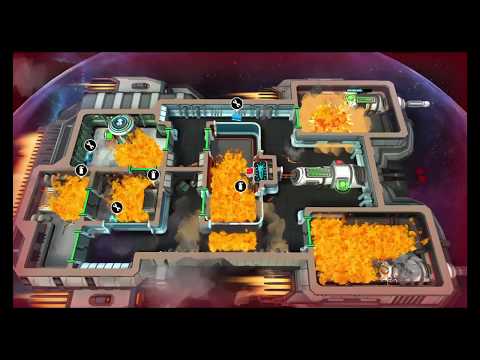 Just like Overcooked, Catastronauts is a multiplayer game that you can enjoy with your friends. The game’s mission is to gather your friends in an illustrious space fleet and make sure your ship stands up to challenges that you encounter along the way. You should also cooperate as a team to destroy all the enemies and invaders that could damage your spaceship.

Another important aspect is to make sure you don’t kill your friends. Teamwork is of great essence when playing this game as a team. You become members of the crew in the spaceship and face the enemies and other challenges as a team to win this game. 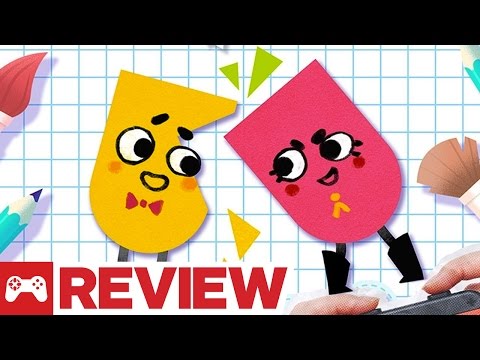 This is an amazing puzzle video game for Nintendo switch. Snipperclips: Cut It Out, Together was launched on March 3, 2017.  It supports up to 4 players but you can still play alone in World Mode. The mission is to use the “snipping” mechanic to cut other players into different shapes and use the shapes to solve puzzles in the game.

Just like Overcooked, Snipperclips is a multiplayer game that you can have fun playing with your friends or members of your family. You have to collaborate with other players to cut paper pals and solve puzzles. Additionally, players should use their imagination and objects at different levels to solve puzzles. 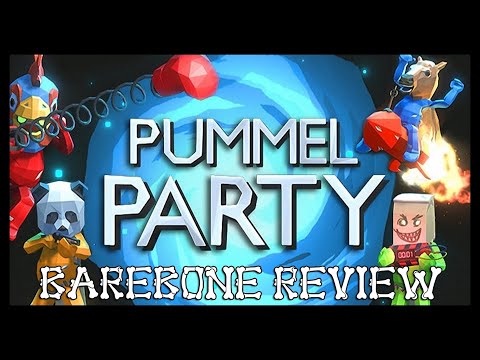 Here is another multiplayer game that is similar to Overcooked in various aspects. You can play Pummel Party as 4-8 players, online or locally. The mission is to use an array of absurd items to destroy friendships in the unique collection of minigames. This is a friendship-ruining fun game that 1-8 people can play online or on one screen.

It doesn’t matter how you play the Pummel Party game. There can only be one winner. You can be that winner if you manage to destroy all your friends in the game. The game is all about war and the ironic part of the game is that you destroy your friends and not enemies. 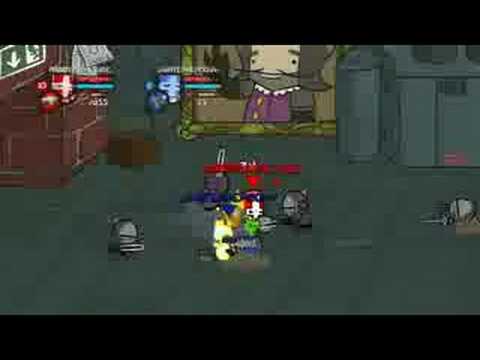 This amazing 2D indie-video game was released in 2008. Castle Crashers has been available for many years and it’s worth your money and time. The game is available in several versions and you can play it from your favorite device. This is a multi-player game, which you can play with up to four friends, online or locally.

You should work hard to unlock more weapons and characters so that you save your princess, protect your kingdom and destroy some castles when playing the game. The good thing about this game is that it’s compatible with both Windows and MacOS. 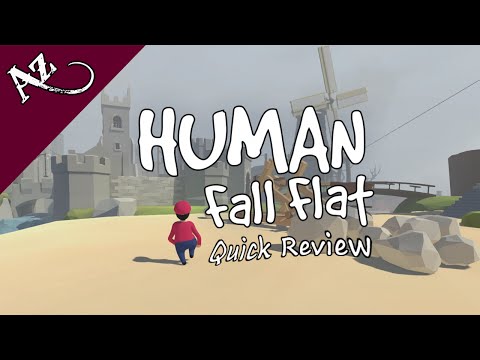 This is the game to go for if you love solving puzzles as a team. Human: Fall Flat, is an amazing puzzle-platform game that you can play from a wide selection of devices.  It’s a multiplayer game where players play a customizable human called Bob. The character Bob doesn’t have superhuman abilities and players have to make him perform various activities just as humans do.

Human: Fall Flat can support up to players playing online or locally. As a player, you can customize Bob to your liking. Each level of the game has a different theme and unique puzzle that have multiple solutions. 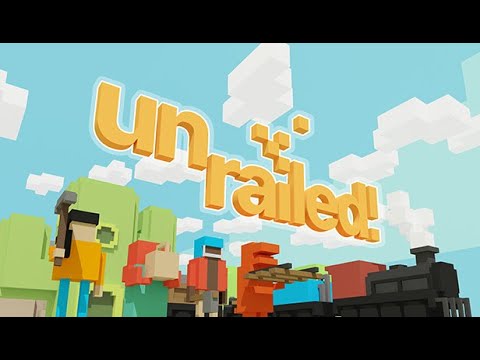 You can never get bored playing Unrailed because it is one of the best chaotic online multiplayer games. Here you collaborate with other players to construct a railroad across endless systematically created worlds. You should be ready to deal with challenges that you encounter when building train tracks in different worlds.

Additionally, you need to keep upgrading your train and keep moving. You have to “build a track further than ever before” to win this game. The good thing about Unrailed is that you can play it cooperatively with friends as one team or play against your friends. 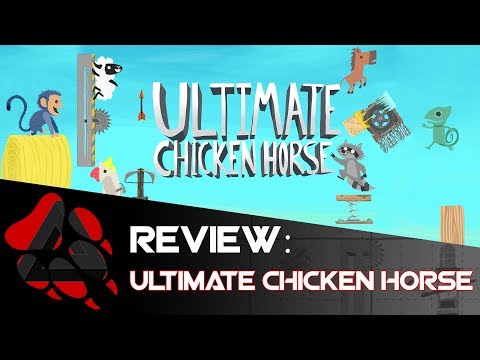 Another amazing game that you can enjoy playing if you love Overcooked game is the Ultimate Chicken Horse. This multiplayer competitive video game can be played both online and locally. Here you have to be very fast to dodge arrows, jump walls, and set traps to become a winner. As a player, you have to assume the roles of one of the animals and compete with other animals.

The mission is to earn as many points as possible by building a platform level per player. You can also add obstacles to challenge your opponents when playing Ultimate Chicken Horse so that you can delay them. The game has 18 levels with different features and supports up to four players. 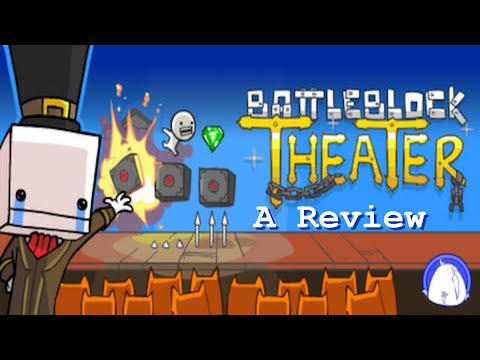 Different levels in this game comprise various types of blocks that include bouncy volcanic rocks, collapsing rocks, deadly spikes, and sticky walls among others. You also have to deal with deadly creatures and water when playing Battleblock Theater. It’s a multiplayer game but you can still play it alone in the story mode.

12. Fireboy and Watergirl: In the Forest Temple 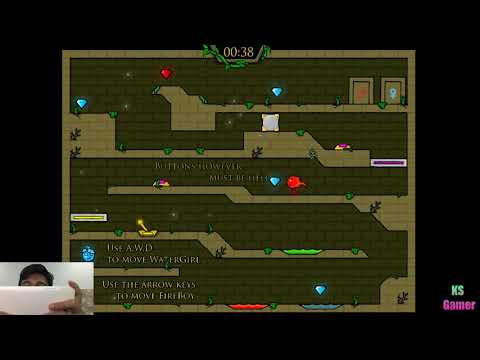 This is the first game in the Fireboy and Watergirl series. The storyline in the game starts when a boy and girl arrive in the forest temple. The two are stuck and they have to navigate various levels to get out. Fireboy and Watergirl: In the Forest Temple is a two-player game.

Additionally, cooperation between the two players is important to find their way out of the forest temple and win the game. The players have to find a solution for each room in the temple. The tricky part of the game is that the water girl can’t step on hot lava while the fire boy can’t step on water. 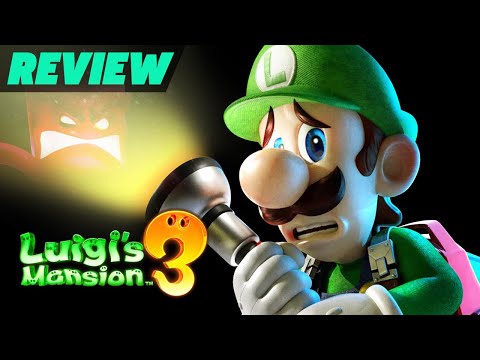 This great game forms the third main part of the Luigi’s Mansion series. As a player, you take the role of Luigi and the mission is to explore a haunted hotel, fight enemies and save his friends from ghosts. King Boo had tricked Luigi and friends to visit the hotel for vacation so that they could be trapped in it. The game supports multiplayer functionality and moves for ghost catching among others.

When playing Luigi’s mansion 3, your role is to control the character of Luigi and capture ghosts in the hotel using the available tools and options. The game is available in two models, multiplayer mode and single-player mode. You can play alone or a maximum of eight players. 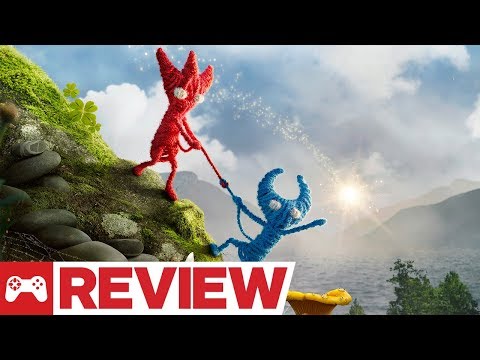 For those who love puzzle-platform video games, Unravel Two is the game that you should include in your collection. The setting of the story in the video game is on an island where the red yarn and the blue yarn have to deal with many challenges. This game was released in 2018 and you can play it from various devices.

Unravel Two is a multi-player game but you can still play it solo. It revolves around two Yarnys that can be controlled by one of two players. However, the player must embrace teamwork to solve puzzles and control their world in the game. 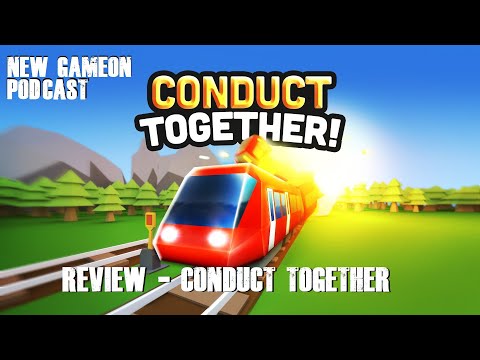 Are you looking for an addictive game that you can play for as long as you want without getting bored? Don’t look further because Conduct Together is a game to play. In this game, you can play alone and conduct everything by yourself. Alternatively, you can play it with friends and embrace teamwork (Up to four players).

The mission of the game is to command trains, switch tracks to avoid collisions as you solve perplexing action puzzles. You have to do everything possible to make sure passengers reach their destination safely. Players win awards along the journey and they can unlock new trains found in real life.

No doubt, Overcooked is among the most popular video games on Switch. However, you also need to try other great games in the market to avoid being bored. You can’t play one game all the time even if you love it so much. The games highlighted above are among those that you should include in your collection if you love playing Overcooked.

It doesn’t matter whether you are familiar with Overcooked or not. You can still enjoy playing the above games because they aren’t directly related.