5 Best Tank in Mobile Legends That Truly Carry The Team

Mobile Legends is a multiplayer online battle arena (MOBA) game, and tank is an essential presence in MOBA games, protecting their teammates, providing CC, and playing an important role. 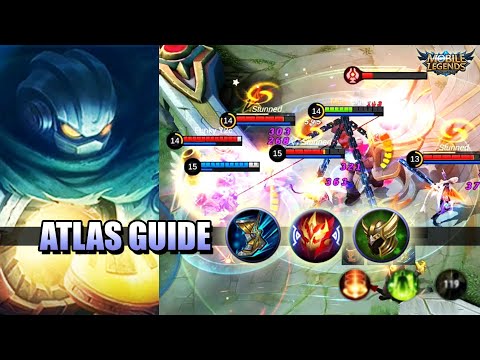 An Abysmal Creature in a Mecha Sentry, Atlas is considered as one of the best tanks in the games. His tankiness comes from his passive “Frigid Breath” that is generated around him, causing both the attack speed and the movement speed of his enemies to be reduced, Atlas is also rewarded with increased defensive stats that allows him to withstand a lot of damage.

Atlas also provides great CC with his ultimate, if used correctly it can wipe out a whole team!  Making him a great initializer. 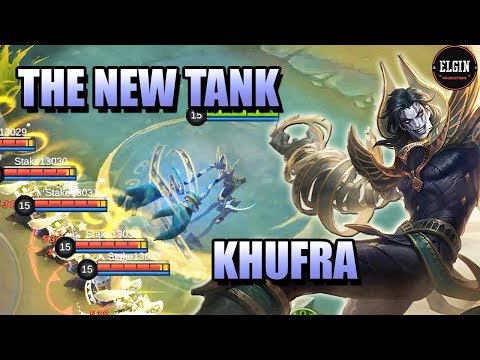 Khufra is an undead tank that can provide a strong CC for his team. “Spell Curse” grants him a little bit of sustain to survive longer in fights. His first skill allows him to dash to his enemies, initializing a fight and knocking up his target. His second skill gives the defensive stats needed to survive inside the enemy team while slowing their movement, Khufra can also interrupt them from dashing through in the duration of his second kill.

His ultimate skill can finish up his combo by pushing enemies around towards the front, stunning them if they hit a wall. If timed correctly, Khufra’s team can quickly finish off the enemies caught in his CC. 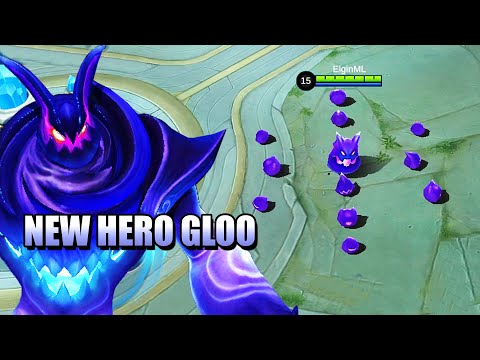 Gloo’s abilities make him quite an annoying tank to play against. His skills allow him to stack his “Sticky” on at least one target. Each stack he made slows the affected targets and reduces their damage dealt to Gloo up to 6 stacks. His first two skills can be combined together to immobilize multiple targets.

His ultimate is can easily stack up his passive on multiple targets, once fully stacked he can cast it again to attach onto a single target. This can be useful to cripple down a strong opponent, allowing Gloo and his team to take them down quickly. 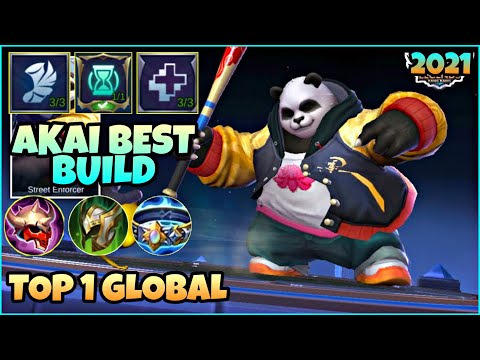 The warrior Panda, Akai, is a very strong tank that can deal a lot of physical damage. His passive shields him everytime he uses an ability, the more his maximum health is the stronger his shield becomes. His first skill is a gap closer that lets Akai jump towards a location and his impact can additionally stun his enemies if they are marked with his “Blender” skill.

Those affected by Blender will also receive an increased Basic Attacks damage from Akai. When tanks engage the enemy team they can become vulnerable to all kinds of attacks, however, Akai’s ultimate removes all crowd controls and grants him immunity to slows, he starts spinning and dancing like a hurricane, knocking back enemies and silencing them with each hit. 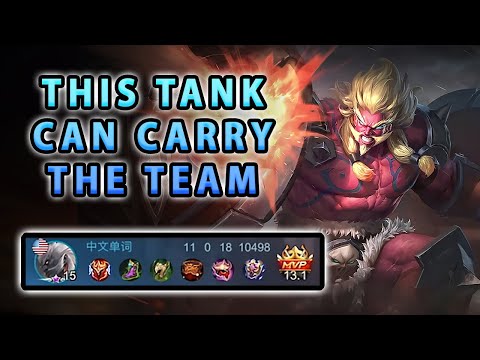 While Baxia lacks in CC compared to the other tanks, he makes up for it with his high mobility. Baxia Mark is a permanently activated passive that reduces damage taken, the amount of damage reduced scales up with his level. Baxia’s second skill throws one of his shields at his enemy dealing magic damage, this skill can be spammed if the shield hits a hero as it reduces it’s cooldown greatly.

His ultimate leaves a lava trail behind him that deals continuous damage, this skill can be combined with his first skill that turns him into a shield wheel allowing Baxia to spin around in a fast speed allowing him to cover a lot of ground with his lava trail. Baxia can also jump while spinning above an enemy to stun them briefly.

When playing tanks in Mobile Legends, players should try to level up quickly instead of playing safe. They would want to gank their teammates and help them with their skills.

Tanks can mitigate lots of damage allowing them to shield their team by blocking most of the damage and peeling for them as well, however, tanks can’t carry matches on their own, they are heavily reliant on team fights and their team to finish the job for them. Teams must play around their tanks for best results.

8 Xbox Gamertag Checker: Search Xbox Live Profiles
Top 15 Anti-RPG Games Like Undertale (2023 Ranked)
15 Best RTS Games Like Starcraft You Should Play in 2023
10 Games Like Stardew Valley to Working on Farm
How to Unlock Gold Mario in Mario Kart 8 Deluxe
4 Popular Variations of Solitaire to Try
How to Fix Roblox Error Code 529 [2023]
15 Best Cricket Games to Play on Mobile in 2023