Riot Games has provided different flavors for Grave by offering various great Grave skins. You can now have Graves showing up in battles with the best looks. Find out which Graves skins will blow your mind and improve your gaming experience with a difference in price, visual appeal, and notable features.

Graves, the outlaw, is the best League of Legend jungler. Even though you’ll consider his great shotgun as his center of attraction, you will be amazed at the different skin options that you might use. It’s time you give your favorite marksman a new look.

Even though you would think of the skins as portraying a criminal theme, that’s not necessarily the case with these Grave skins in LoL. Different skins come with unique themes geared towards enhancing your gaming experience in different ways.

Are you having trouble choosing the best skin to make this mercenary fashionable? We have compiled the best Grave skins in League of Legends. It’s now up to you to choose a Grave skin that suits your fancy while considering their pricing and other noteworthy features. With that being said, let’s get started with the list…. 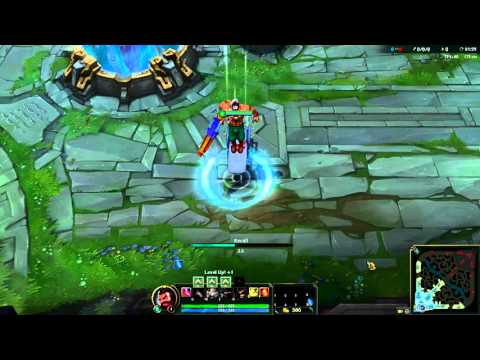 Pool Party Graves is undisputedly the best and most fun Grave skin. It gives you something new, from the ordinary tough Grave to silly but fun moments like spraying your enemies with your water gun. The Pool Party Graves skin has various fascinating aspects with new particles, animations, and sounds. You’ll notice that water particles are added to the skin. Graves is shirtless and wears sunglasses, headphones, and necklaces.

The automated attack animation is seamlessly fascinating. Its deceptive nature makes it easy for you to catch your opponents off guard. You will also have an iconic diving board and new sounds which give the skin a less serious touch.

Even though some gamers see the Pool Party Graves as lacking in uniqueness, it packs a bunch of fun features that will break the ruthless Grave monotony. With your sprinkler, arm tattoos, and other fun features, Pool Part Graves is the top Grave Skin. 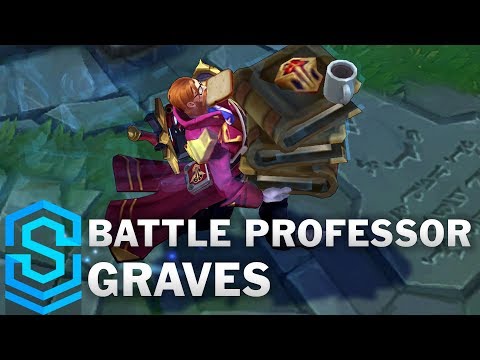 They are looking for a skin that will give you everything? Battle Professor Graves is here for you. It has an appealing character design that is highly detailed, flashy, and creatively designed. This skin brings next-generation weapons, particles, great animations that give you a great gameplay experience. The gun design will blow your mind.

Battle Professor Graves also has entertaining cartoonish animations and exciting auto attacks, giving Grave a whole new makeover. Besides zapping your enemies, the stylish look that this skin gives Grave makes it one of the best choices.

It makes killing your opponents and celebrating victory a cool and refreshing experience. Give it a try and get to experience the thrill and fun for yourself. 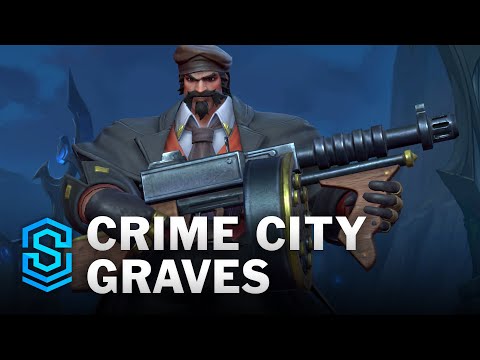 Graves is given a perfect personality that elevates his tough demeanor. Everything about this skin is just perfect, from the voice lines, animations, and Grave as a whole. Graves in a jacket, cool hat, and perfectly designed clothes give players a charming perspective of the battle warrior.

Even though there are no new particles or animations, the Tommy gun and the history behind this skin make it one of the most popular Graves skin. Crime City Graves is an iconic skin in LoL that is loved by most gamers.

If you want Graves to look like a refined mercenary version of himself, the Crime City Graves skin should be your choice. 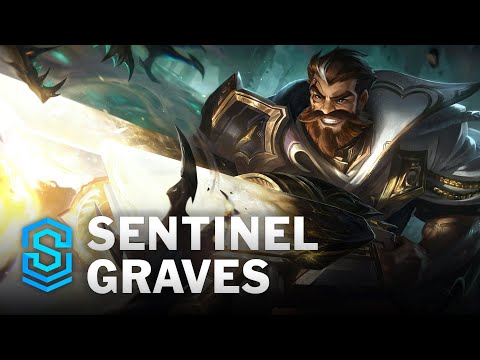 Sentinel Graves is also a great pick for any LoL gamer looking for cool skin to add to their Graves skin collection. Graves receives a remodel with a rare design and subtle theme. What makes this skin stand out is the fascinating gun design.

Sentinel Graves has the best gun design of all his other skins. With incredible animations, the skin is prestigious in its rights. Using Twisted Fate’s blue card, you’ll not be disappointed by adding this detail to his death animation.

Sentinel Graves starts with a darker theme in which Black Mist is spawned everywhere. This later changes to become more light-focused. The transition is so smooth that payers do not get confused thinking the gameplay has changed.

You will also notice the changes in his abilities during the curse of gameplay. All these and other cool skin elements add to its uniqueness, making it all the more fitting for your skin collection. Try it out today. 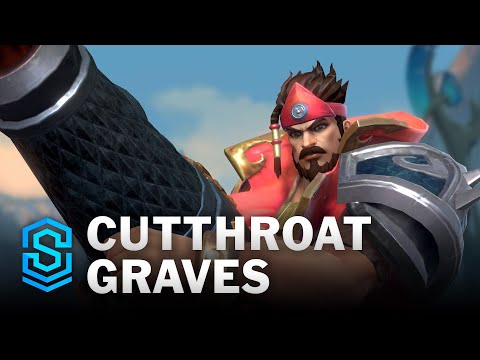 In an open coat, high boots, and armor parts, the Cutthroat Graves gives him a stylish and exciting look. You will play with Graves as a pirate with his shotgun being a giant hand cannon. However, if you are looking for many features, this skin is not your choice.

The skin does not come with fascinating animations, particles, sounds, or features. The theme was also exaggerated as it does not make sense how a cannon fire three separate shotguns.

Aside from the few tweaks, Cutthroat is still a great choice as the character model of Graves seems well thought out, thus making the skin perfect for players who prefer a pirate theme. 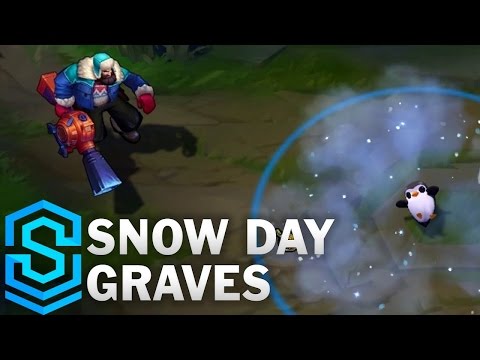 You can have your Graves in winter clothes with this simple but appealing skin. It has new particles, sounds, and animations to emphasize the theme. Graves is also equipped with a blower that throws snow all over; this adds to the skin’s unique touch. You can fire icy projectiles while your W throws spinning penguins that release snow.

Even though the concept is not new, this Grave skin features an exciting snow theme, a cool design, and worthy animation effects. If you want to bring back the holiday mood during gameplay, Snow Day Graves is a necessary addition to your skins library.

Players will get fascinating features that make their gameplay more attractive with its snow loads. What’s more, the Graves skin is priced at 1350 RP, which is very much worth it, considering that it comes with loads of powerful features. 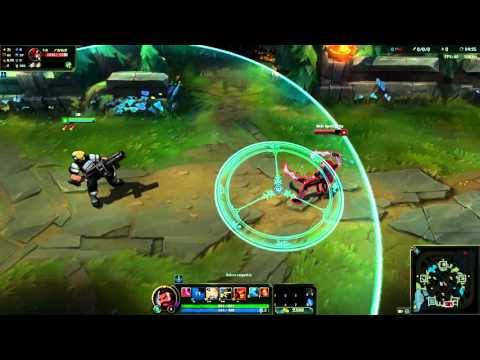 This skin gives Graves a modern look with realistic clothes, armor, and helmet, all of which are irresistibly appealing. Riot Graves has very few flashy effects.

Besides the captivating soundtracks and unique animations, there’s not much to write home about this LoL skin. If you are a fan of bright-themed skins in the League of Legends, then Riot Graves is not for you. The design is equally not very attractive.

For LoL gamers familiar with different types of skins, it’s very easy to pick the flaws in this skin’s design. Be that as it may, the skin is still a great choice, especially for gamers who are just starting to discover and appreciate LoL skins.

It has a couple of awesome features, including the use of Q ability together with a grenade launcher. Riot Graves gives you a role-playing feeling making it more fascinating than you can imagine. It’s just like playing as a SWAT team member. 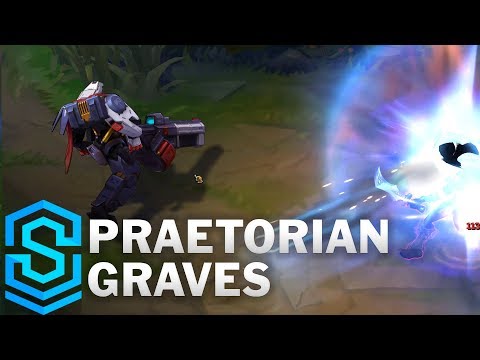 Are you looking for a robotic version of Graves? Search no further. Praetorian Graves gives the protagonist a robotic look with multiple unique features. This skin has the best animations and sound effects, besides a new set of unique energy streak particles.

The Q animation is on another level, and with a jetpack for your W animation, Praetorian Graves is a skin worth reckoning. To complete the robotic theme, you will also appreciate the unique selection of electrifying sound effects that will boost your gaming mood.

Apart from Graves having a large energy shotgun, the Praetorian Graves skin makes victory feel real. Wins at the battlefield are marked by flashy colors and particle effects.

For LoL gamers looking for Graves skins that borders science fiction and high-tech robotics, this is the skin for you. 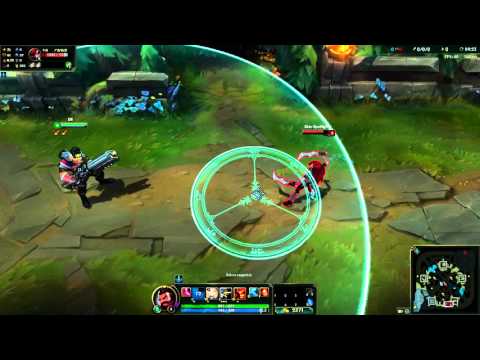 Jailbreak Graves brings a futuristic space-based theme with the protagonist in boots and short pants. If you love colors, Graves’ armor is highly decorated, giving him a detailed look with spiky hair. Even though it features a high-tech revolver that looks like an energy gun, the skin lacks design creativity.

You won’t see new particles, animations, or sound effects—just the usual features. The many flaws and lack of thrilling features also make it less attractive.

However, the skin references tremendous Graves lore and gives players a change in style. Therefore, if you want to play the game in a different fantasy, Jailbreak provides all you need. 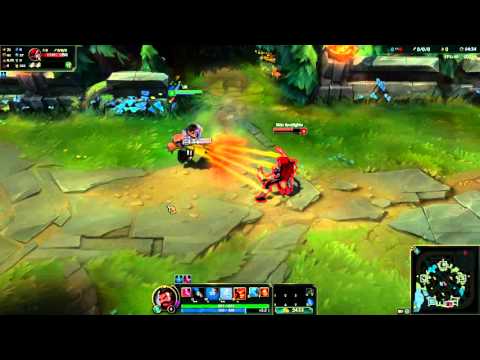 Dressed in sunglasses, a designer jacket, and exposed biceps, this skin gives Graves a modern casual look while keeping his tough personality. However, this skin is somewhat disappointing, especially because it lacks high-energy soundtracks, fascinating animations, or particles.

However, the protagonist has a short gun and a massive grenade launcher. Even though the skin underwent major model changes, they were not as significant as the other skins. It is ordinary skin that lacks the intensity that pro-LoL players would love.

The skin concept was great but poorly executed, hence it’s lower ranking. Even though it does not have much to offer, its low price makes it a suitable choice. 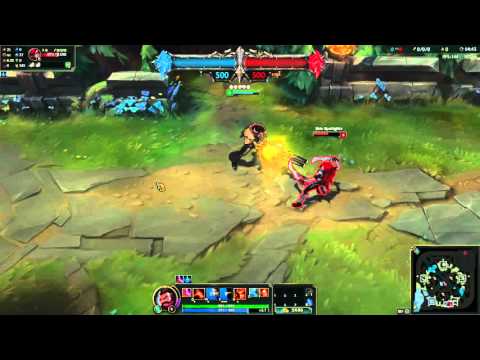 Another awesome Graves skin in the League of Legends is Classic Graves. It represents Graves as he should be, making it the standard skin to which all the other skins are compared. It is a simple skin that introduces the gold and blue theme. Since it’s the standard gold skin, it does not have many standout features.

Classic Graves is an excellent skin that is very attractive and comfortable to play with. Because of its rather simple appearance, it’s mostly popular among new gamers.

You’ll always find it in your favorite Graves lore and promotions. If you are a Graves enthusiast, you will always have a place for the Classic Graves skin. 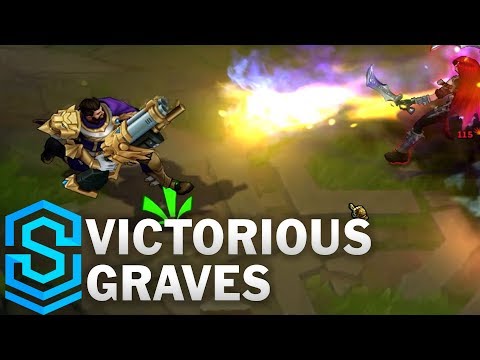 You will get the Victorious Graves skin when you manage to achieve gold, platinum, diamond, or challenger rewards in the 6th season of LoL. This skin gives Graves a classy look complete with battle fatigue.

Your character will be intricately decorated with an inviting gold-plated shotgun. However, this makes Graves fall out of his outlaw character.

Even though there are new particles, sounds, and animations, the skin does not have many noteworthy features. For a skin that’s not future-rich and is affordably priced, Victorious Graves is one LoL skin that you should consider adding to your skins collection.