If you are a gamer, then you should get the Xbox consoles. Even if you are a fan of PlayStation, Xbox is equally a great one for your gaming and entertainment.

These statistics are noteworthy for any Xbox player. Additionally, Xbox’s popularity has grown over time. The brand quickly found its place in the market as more users actively use it. 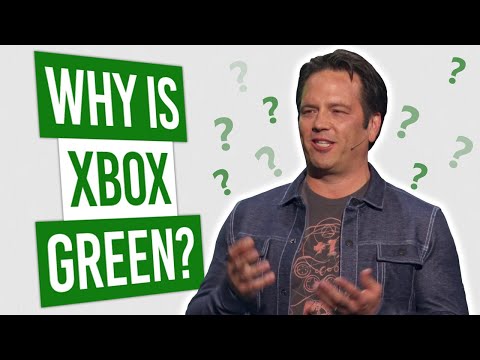 Due to the sales of Xbox Series X and S, there was an increase in sales by 86%. This even led to more demand than supply. The demand was so high which was a great sign. This also led to the motivation of creating more software and hardware to meet the market demands.

2021 was a good year, in which the revenue rose by 40%. The revenue also grew due to the Xbox Game pass membership. This shows how people are closely embracing the Xbox consoles as an ideal gaming platform.

Due to the increase in gamers, Microsoft sold about 50M consoles for Xbox One. This was an increase from 24.5 million in the previous years.

This was a great increase since the first Xbox One release in 2013.

North America was one of the areas that had a high demand for consoles. It was followed closely by Europe, Japan, and other areas.

During the pandemic, many people shifted to playing video games. This demand led to  Microsoft getting a tremendous revenue of about $1.3 billion. It was after the sales of the amazing games and functional consoles – a clear indication of the potential for more growth.

The World Of tanks Xbox game gets over 370K monthly active players. This relies on the fact that the game is both played on Xbox One as well as Xbox 360.

There is also another popular game known as Overwatch with more than 13,000,000 gamers. Fortunately, 10% of the players play it every single month.

Another popular game is Smite which gets over 460K, active users, each month.

8. In 2020, the retail value of free games for Xbox Live Gold level subscribed members was an estimated $1083.

The Xbox Gold is available in only 42 countries. However, plans of expansion are underway.

9. PlayStation seems to have a larger market share than Xbox One.

It is estimated that PlayStation has a 2/3 market share which is more than for Xbox One. PlayStation is at the top, leaving just 1/3 for Xbox One use. Nintendo then has the remaining fraction.

Due to the high-quality mechanics used to make the Xbox consoles, they can remain functional for 10 years. Xbox One is one of the strongest consoles that you can use to play numerous games without failure.

Additionally, The Xbox Live runs on 300K servers – this makes it run effortlessly.

In as much as PS4 is pre-dominant than Xbox One. 1/3 of PS4 gamers also own Xbox One. It is essential to have diversity in the games and consoles.

12. Xbox has released many versions till now.

Xbox was initially invented in 2001 which has led to its 9 releases over time. Unfortunately, Xbox One X and Xbox One S were removed.

Additionally, there are only two levels of membership on Xbox Live; free and gold. The free level was initially known as Silver and was entirely free but with limited features.

In 2020, Xbox Series S and Series X were introduced. This led to the discontinuation of Xbox One S and X.

The console sales led to revenue of $43 billion.  However, the demand became more than the supply.

Subscriptions are some of the ways that Microsoft earns from Xbox. Therefore, the Xbox subscriptions increased by 40% in 2021.

The Game Pass membership also played a part in the growth.

15. Xbox is ideal for both gaming and entertainment

Not only is Xbox solely for gaming, but it can also be used for entertainment and making video calls. You can use it to watch TV shows, movies, and much more.

35% of the users use it for that purpose. Its many uses have made it gain popularity over time.

Xbox One has three voice search assistants that you can use such as Alexa and Cortana. The incorporation of Google Assistant was to make it easier for anyone to interact with the voice commands easily.

Even though Xbox was officially released in 2001, the idea for its invention started in 1998.  After the four founders successfully pitched the idea to Bill Gates, the idea started to be worked on.

Launching a product can take time. As for Microsoft, the launch took 20 months. After the first season, the company sold 1,500,000 units. This was great considering it was still new to the market.

During this time Microsoft earned about $750 million. By the time four years had elapsed, it had already sold more than 20 million units.

Also, Microsoft sold over 123K units in Japan in the first week. However, Microsoft had to slash the price in half to increase its sales.

The gaming industry is growing with each passing day. It is estimated that the Xbox consoles can lead to a revenue of about 60 billion in 2022. Even though the economy keeps shifting once in a while, the gaming industry hasn’t been hit that much.

Also, more people see it as a great form of relaxing their minds and building their critical, creative, and thinking skills. In 2020, the gadgets made about 51 billion in 2020.

In 2020, Xbox Live got 10,000,000subscribers. These sign-ups showed tremendous growth in Xbox popularity and its amazing gaming and entertainment features.

2020 is when many players dived into video game playing. It is estimated that many players played for an estimate of 4-7 hours weekly.

24. It is estimated that 65% of adults love playing video games.

Not only do teenagers enjoy playing video games, but also adults. Many American gamers are adults. It is also estimated that 41% of Xbox gamers are women with men equating to the remaining 59%.

Get The Best Gaming Experience.

Xbox has grown over time which has led to its popularity. During its invention, the console had like 30 project names, before Microsoft finally settled on Xbox. However, Xbox is still one of the favorite consoles among gamers globally.

Therefore, if you love PlayStation, Xbox will also do the trick. However, the Xbox One X and Xbox One S were also banned over time. Get the best gaming experience through Xbox.