The split screen pc games are one of the best. They have both simple ad advanced gameplays that will keep you addicted to the game. What are you waiting for? Try any of these split-screen pc games.

Are you looking for an ideal co-op mode game to play? Why not play any of these split-screen pc games. You can either decide to play alone or with your friends. The fun of it comes with playing with your friends.

These are games like no other as you try to compete with your fellow mates. If you are looking for the best split screenplay, you are at the right place. Let’s discuss some of the 12 best games. 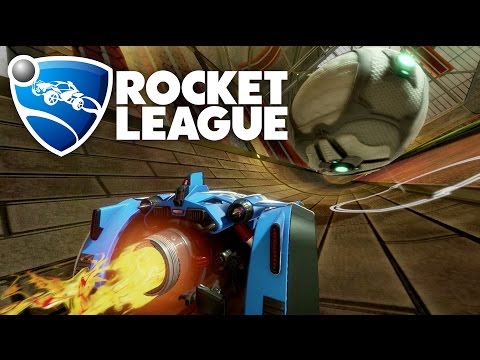 Rocket League is undoubtedly a great kart racing game. It is a combination of the rules of sports and racing games. In the game, you can add gameplay elements such as rocket-powered flight and physical effects.

The game not only retains the excellent co-op mode but also supplements the single-player mode. Players are transformed into powerful rocket racing cars participating in exciting multiplayer duels. The game requires playing with subtle cooperation to meet the goals. Get ready to enjoy the audio-visual feast of casual competitions in the speeding ball game. 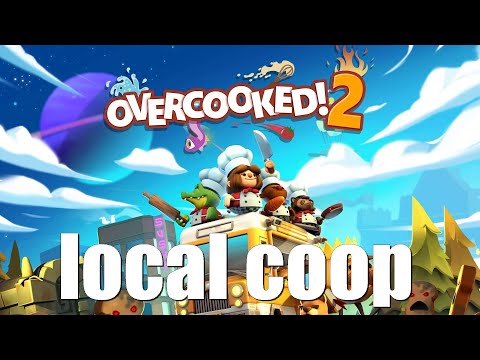 Are you looking for an ideal split-screen game? Why not play the overcooked game? You can choose the co-op gameplay or play online with up to four-player. Hold on to your apron and try to save the world with your cooking.

A new threat has arisen, and with your team, you need to get back to the kitchen and starve off the hunger of the unbred. To succeed in the game, you will need to work together; if not, you will fail terribly.

Additionally, to emerge as the victors, you need to get the highest score in the online multiplayer game. There are different themes you can choose, such as restaurants, schools, or even alien planets. 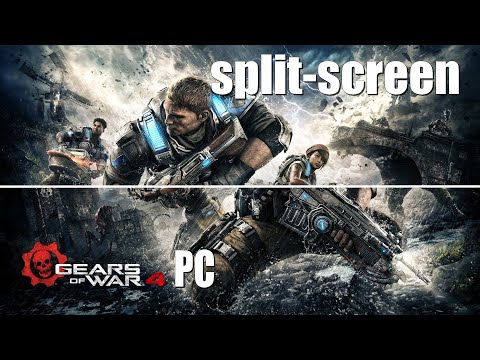 Are you ready for excitement? Gears of War 4 is one of the most jaw-breaking video games that you will ever experience. In the game, you have narrowly escaped an attack on the village. The players are JD Fenix, and the friends have to rescue their loved ones left behind.

Gears of War 4 is an online multiplayer game that allows you to play with even four others. You guessed it; it is a four-player co-op game! You get to choose your combat class, level up your skills, and deploy fortifications on the map. To increase your chances of winning, you can use new weapons and great combat moves to ensure you defeat the enemies. 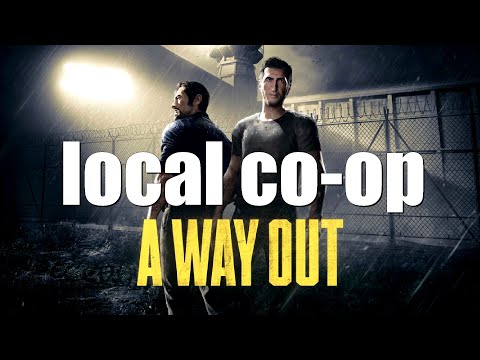 This is another perfect co-op split screen pc game that you will enjoy playing. It is a tale of two inmates who have got each other back. They have a great kind of bond that you can easily envy. There is nothing as powerful as two people with the same motive. You have the freedom to choose a character that you feel most comfortable with.

One of the characters is Leo, a hardened inmate and isn’t the type to make friends. However, he does whatever he can to get the job done, even if his hands get dirty. Vincent is the other character who is determined to break out. He proves he isn’t to be underestimated at all.

Escaping prison is not an easy task, but together they are so determined to get their freedom back.  With all the obstacles on the way, will they make it out? 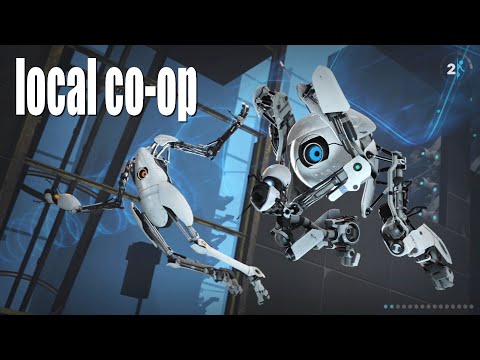 This is one of the best split-screen games that allows you to design co-op puzzles for you and your friends. It has amazing gameplay, story, and music. In the game, it creates a dynamic of new characters as you explore different environments.

Moreover, it features a single-player and two-player co-op mode. It just depends on the number of players who will play.  It features the next-generation gameplay and has a multiplayer version with dedicated story, characters, and gameplay. 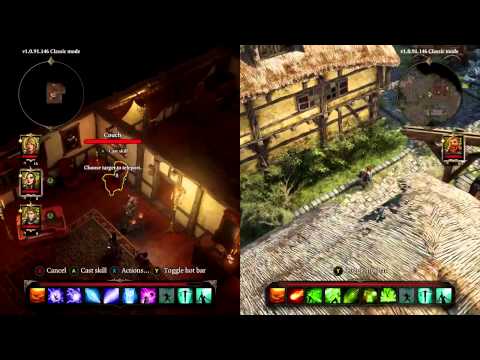 Have you ever played original sin 1? Well, now there is the original sin two that is more or less exciting too. In the game, you choose whether you will be an elf, imperial lizard, or undead risen from the grave. You can explore the game alone or with other players. You guessed it; it is a four-player co-op game!

In the game, you can go anywhere and unleash your imagination while interacting. You can play in any way that you wish by connecting a Bluetooth gamepad or play station controller. It is excellent for a split-screen co-op game.

Additionally, it is a role-playing game, provides unlimited freedom to explore and craft your own stories. 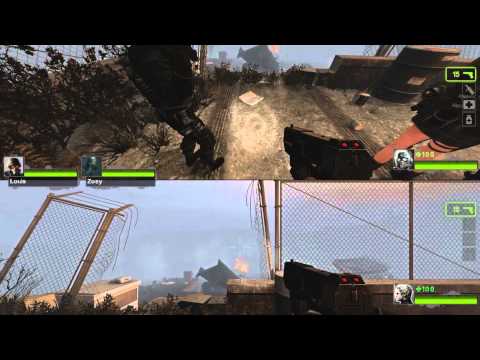 This game is set in the zombie apocalypse environment. These great cooperative action horror games take you and your friends through the cities, swamps, and cemeteries. Ideally, you get to play as one of the four new survivors.

You are armed with an array of classic and upgraded weapons. It features over 20 new weapons from its previous left four dead 1. It has new survivors, a new story, and dialogue. It is an all multiplayer mode game for anyone. 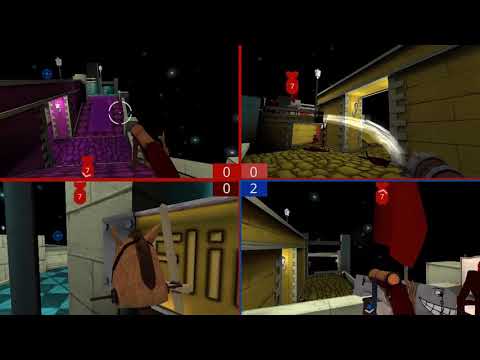 This is one of the best competitive split-screen games where everyone is invisible. If you want to win, you need to look at each other’s screens to outsmart your competitors. Screencheat supports both online and local multiplayer.

Additionally, it features one-hit kill weapons. It is a great game that you will enjoy playing with all your friends. 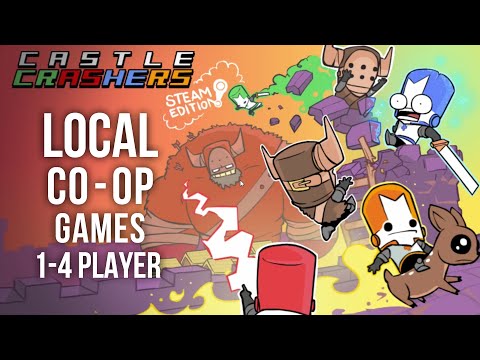 In the castle crashers game, you need to hack, slash, and smash your way to victory. It is a popular 2D arcade adventure game. Additionally, it is a multiplayer mini-game that you can play alone or with your friends.

The game allows you to jump and hop across the levels to avoid all the enemies. You also get to unlock more than 25 characters, over 40 weapons, and new attacks. As you progress, level up your character and adjust the strength, magic, defense, and agility. 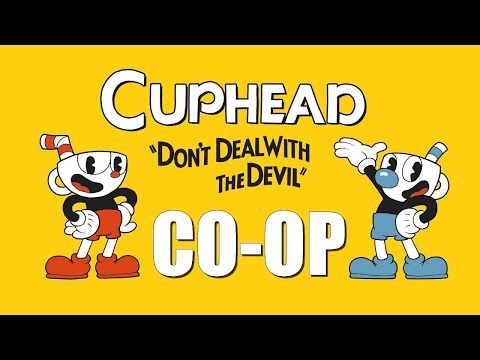 Have you ever played the cuphead game? It is an exciting classic run and gun action game. It may seem unique from all other kinds of games in this list. The game was inspired by cartoons of the 1930s.

In addition, the visuals and audio are created with the same techniques of the era. It has a great gameplay environment that will leave you playing for long.

You can decide to either play as cuphead or mugman as you are transverse in a strange world, acquire new weapons, or learn powerful super moves. 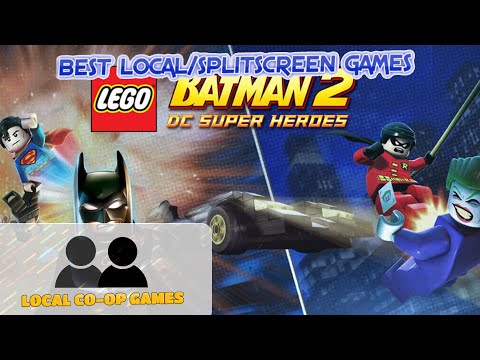 Have you ever played a game in which the legends unite? Well, well, well. In this game, the duo of batman and robin join forces with Superman, Wonderwoman, and the green lantern. Has that raised some bit of adrenaline in you?

You learn how to use the different gadgets, explore Gotham city by walking, and even hear the lego characters talk. This is a drop-in and drop-out co-op gameplay that features a dynamic split-screen. It is a game that you won get tired of playing. Be sure of that. 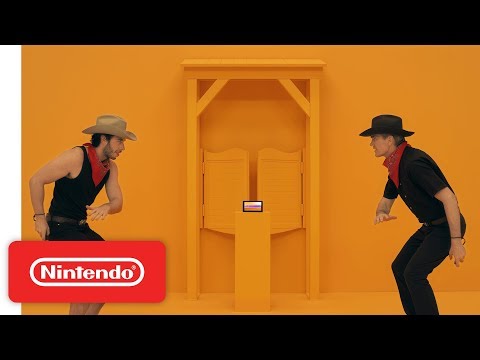 Do you want a unique split-screen game with unique gameplay? Why not try 1-2 switch. In this game, players don’t look at the screen but look at each other. The players face off in the Wild West duels, cow milking competition, and copycat dance-off.

The action unfolds offscreen. Hence the audience watches the players themselves rather than the screen. In a way, it is hilarious to watch. You can only imagine.

You now have a better glimpse of what all these amazing games comprise. Hence, try any of them and feel the excitement of playing. Whether at home, the workplace, or school, they are a great way to relax your mind. Interact better with your friends through face-off in these games.