All Fiddlesticks Skin Tier Lists in 2023

Fiddlesticks will end your opponent’s life with the flick of the sickle of death. Want the best touch of Fiddlesticks? Maybe we can give you some advice.

The ancient fear – “Fiddlesticks, end of men. Fiddlesticks, first of ten” Legends talk about the ten demons that were born into existence when Runeterra was created, and from all those demons, it is believed that Fiddlesticks is the strongest one.

Laying terror in Runeterra, Fiddlesticks feed upon the horror his victims feel as he uses a scarecrow as a vessel. Imitating the sounds of who he kills, the voices heard are not Fiddlesticks own thoughts or own words.

Fiddlesticks interaction with other champions is very interesting as it uses their biggest fears and trauma to send down terror upon them. Fiddlesticks is a mage/support that seeks to frighten his enemies and burn them with his magical powers.

Fiddlesticks have been recently reworked, and with its rework his skins have been remodelled as well. Today we will be ranking all of his skins! 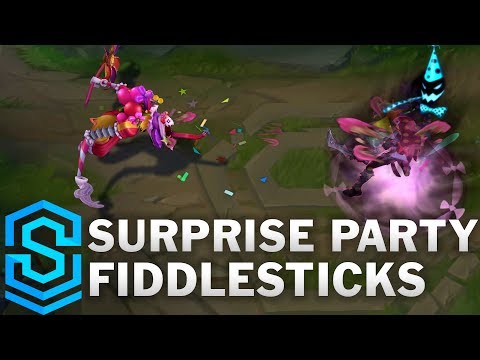 Players can see balloons floating around while screams of kids and women are heard during his ultimate. His clown-like appearance and his humorous voice lines makes the purchase of this skin a must for Fiddlesticks players! 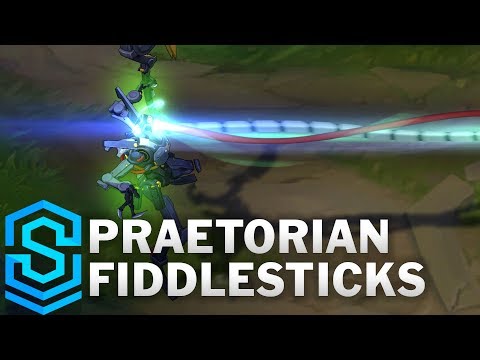 Praetorian Fiddlesticks is a robotic pillager that destroys everything in his path. Being in an endless invasion, Fiddlesticks seeks to eradicate all life forms along the way. This skin offers a new voice, new VFX/SFX, new animation and a set of chromas.

Fiddlestick is a praetorian creature, this skin is extremely fantastic and was fairly close to get the number one spot. Fiddlesticks fears his enemies by launching an orb towards them, he uses his wires to consume the life out of all the enemies around, and his massive scythe can reap the life out of his target.

Fiddlesticks channels himself and blinks before fearing all the enemies in a large radius while shurikens fly around him hurting those who are caught in it. 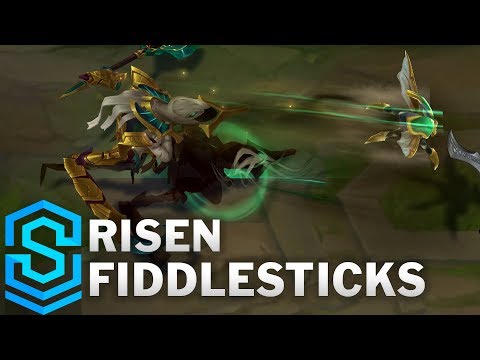 During the destruction of his Empire, Fiddlesticks had been stuck underneath the rubble and only stories about his ancient horror were to be told, until he found a way to free himself out, until he would continue spreading his horror across the lands. Fiddlesticks appeared as mummy, attacking and reaping the life of his enemies with brand new SFX/VFX and animations.

Fiddlesticks fears his enemies by sending a scarab at them, his W creates a shallow bind between him and his enemies to swallow their life energies and heal himself. His E uses his scythe to swing at his target to silence them while an Egyptian scripture can be seen on the ground momentarily.

Finally, Fiddlesticks fears his enemies in a large area as he swarms his bugs of scarab around him, damaging those who are caught in his sand storm. 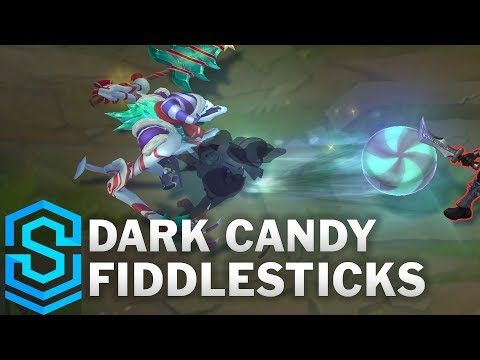 While winter holidays were supposed to be a relieving break for many people, the ancient horror Fiddlesticks gives them no rest as he appears from the darkest corner of the lands, dressed as an evil candy man.

This skin offers new animation and new SFX/VFX, starting with his recall animation, Fiddlesticks uses a Christmas tree to hide behind it and bait his target with few gifts before scaring them, his Q sound effect has an evil Santa laugh when his target gets feared, his W starts sucking the life form of his enemies in a candy-shaped bind, and his E uses his Christmas-tree-shaped weapon to silence his enemies.

Fiddlesticks screeches and blinks across terrain to fear everyone in a large area and deal a massive magic damage. Jingle bells can be heard along his wintery death. This skin is only eligible to be obtained from loot and can’t be purchased directly, making it difficult to get compared to the other skins. 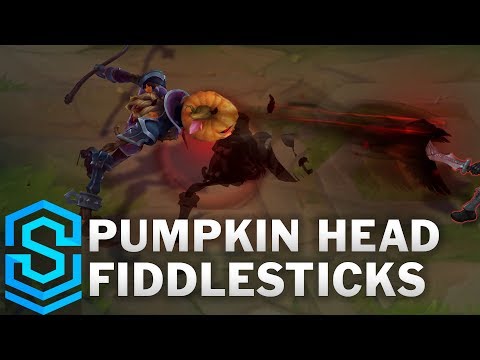 Would you like to decorate your scarecrow for Halloween but you don’t know how? Worry not because Pumpkinhead Fiddlesticks will show exactly how to celebrate Halloween! Though he might terrorize people a little bit too much for them to handle. While this skin still doesn’t have any new particle effects or visuals, Fiddlesticks’s classic effects goes quite well with this witching season costume.

A scarecrow with a pumpkin head that has an evil smile carved on it fears not only crows and ravens. This skin is only eligible to be obtained from loot and can’t be purchased directly, making it difficult to get compared to the other skins. 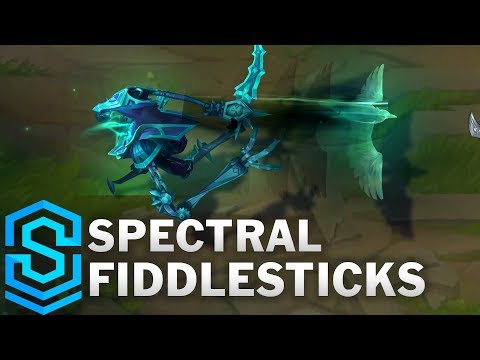 Risen from the dead, the ancient horror has been awakened from his tomb and seeks once again to spread terror across the lands. Knights, mages, warriors and many others might seek to stop him from terrorizing people, but those who would try are known to never be heard of again. Fiddlesticks appear as a transparent glowing ghost.

While this skin doesn’t provide any new sounds, the particles are fairly as good as his other skins. His ghostly crows can be seen flying around during his ultimate and on other occasions as well. This skin uses classic fiddlesticks visuals but with different colours and particles. 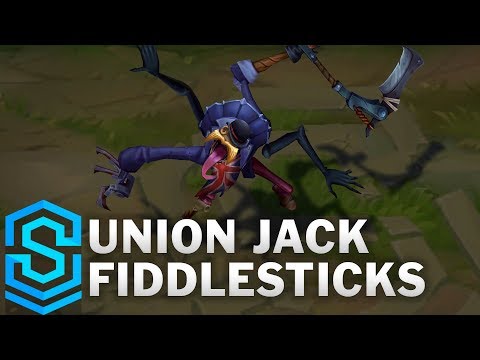 Fiddlesticks wearing outfits that have the United Kingdom flag printed on the front and back. Though he dressed as a gentleman, Fiddlesticks actions are quite very far away from being a gentleman. Many players find this skin amusing to use, and many wish that he could scream a battle cry for his queen before using the ultimate.

Union Jack Fiddlesticks could have become perfect otherwise. This skin doesn’t offer new particles or sounds or new animations. This skin is only eligible to be obtained from loot and can’t be purchased directly, making it difficult to obtain compared to the other skins. 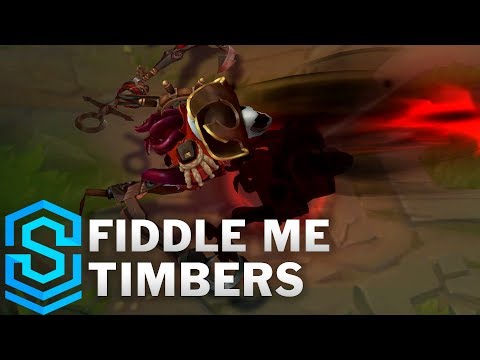 Fiddle Me Timbers Fiddlesticks is a reference to the line “Shiver me timbers” that is used by pirates. While Fiddlesticks initially wanted to mimic the famous Blackbeard pirate, he ended up being more terrifying which rarely emphasized his imitation.

Dressed as a bearded pirate, Riot released Fiddle Me Timbers Fiddlesticks in the Bilge Water event. However, this skin doesn’t offer any new animations, particles or sound effects. Instead, players can use this skin for a very nice pirate vibe.

His scythe was replaced with a heavy looking anchor, and one of fiddlesticks legs is seemingly replaced with a small wooden stick, imitating pirates who had lost their legs. This skin is only eligible to be obtained from loot and can’t be purchased directly, making it difficult to get compared to the other skins. 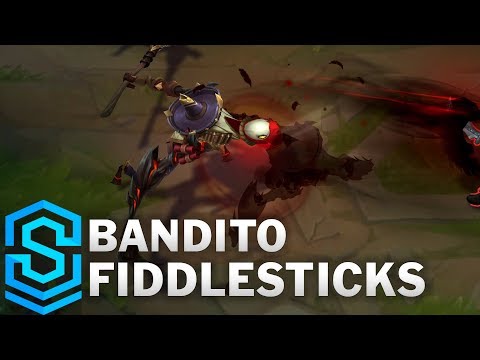 Those who saw Bandito Fiddlesticks in the horizon were never seen again, they thought running from Fiddlesticks could save them but he would always catch up to them and drag them away from their horse saddles, terrorizing them in darkness. Fiddlesticks can be found dressed as an outlaw in a western style.

This skin doesn’t offer any visuals or new animations or sounds, however it offers a set of chromas for players to customize. A western-themed skin for fiddlesticks is always welcomed. This skin is the least preferred one as it doesn’t provide enough content for the players compared with his others.

[Farming 101] How to Grow Melons in Minecraft 1.19.1
List Of 14 Most Famous Overwatch Female Characters
How To Run MULTIPLE Roblox Accounts At The Same Time (WORKING 2023)
The 10 Best Lucian Skins in League of Legends
15 Best RTS Games Like Starcraft You Should Play in 2023
How to Make a Crossbow in Minecraft (Jan 2023)
[7 Ways] How To Get Leather In Minecraft
The 10 Best FREE Switch Games in 2023