In this post, we have delved deeper on this character by discussing some of the best Fiora skins in League of legends. Keep reading for the details……

League of Legends is an online fantasy game where you can engage in strategic battles. The game is captivating once you understand the basic controls and the abilities of your chosen characters. Fiora is a fierce LoL lady champion who is a favorite among many fans. Are you looking for a duelist fighter? Then Fiora can be the right champion to fight your nemesis in the League of Legends. She strikes the right balance between tough and beautiful. Fiora took over the control of her family’s affairs after her family, House Laurent in the kingdom of Demacia, nearly plundered it down the drain amidst a scandal.

Fiora has a unique way of defeating her enemies. She is passive as she engages in a dance while calling the direction to attack. If she is successful, she gets points before proceeding to call out other attacks.

Do you want to equip your Fiora with the best war fatigue and weapons to win battles? Here are the Best Fiora Skins in League of Legends. Check them out….. 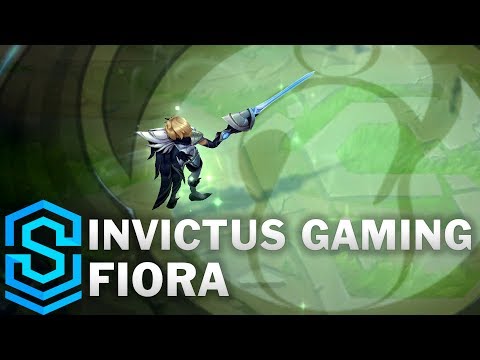 The IG Fiora skin is an incredible fantasy with a bronze and black color palette. The design gives an epic skin that’s very impressive; an awesome addition to your collection. For some reason, it’s categorized under Legacy skins. Meaning it’s a very rare skin that’s only available during certain times of the year. Besides, it can only be accessed through Hextech crafting of Mystery gifting.

There are a couple of changes to the new IG Fiora model that add to its exciting outlook. Some of these include the new texture and a splash art design, along with the incredible animations and visual effects that improve the general appearance of the new skin. IG Fiora skin has a matching set of sound effects to make the game more interesting. If you are looking for a colorful Fiora skin that comes with awesome sound effects, try IG Fiora. 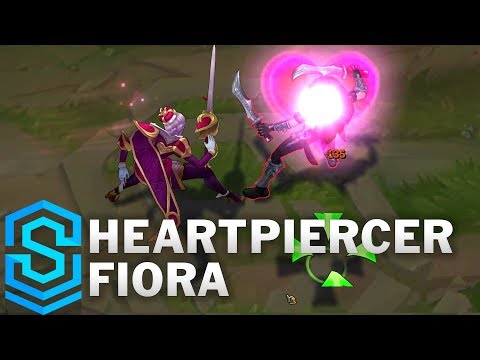 The dressing concept for fierce Heartpiercer Fiora design displays a sense of royalty and might. She is dressed as a queen with elegant regal attire and a beautiful heart motif. You can find this Fiora skin under the Legacy category. That means that this Fiora skin is extremely rare and is only available at specific times of the year.

Moreover, gamers can only access it through Hextech crafting or via Mystery gifting. With that said, Heartpiercer Fiora skin is a new model design with an accessorized sword.

The skin has improved abilities like auto-attack, joke, and recall. There is an animation effect added to the skin when you hit the recall command. And that’s not all. The skin also has awesome soundtracks that add to the joy and excitement while gaming. 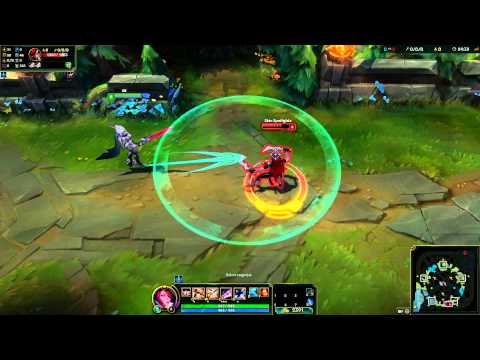 Project: Fiora is a skin design under Riot Games, but it is important to note that the design is under Riot Games’ Legal Jibber-Jabber policy. The design features a blonde fantasy queen with glowing yellow eyes.

The skin’s design accessories include a big sword with a glowing blue particle effect. Project: Fiora’s skin features other visual effects like a dazzling display of very cool animations whenever the protagonist attacks. 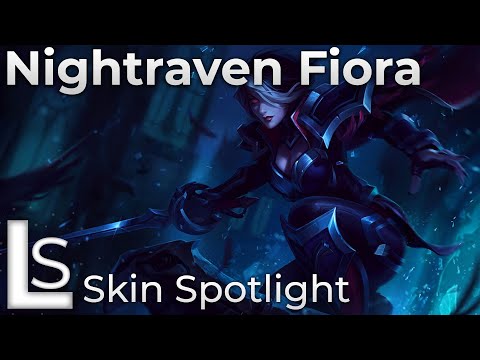 Nightraven Fiora is a skin credit belonging to the Riot Games group. It comes in a simple base model with a signature black theme. The protagonist, Fiora,  has tough black armor with a blend of gold and red color. In the skin, her weapon of choice is a shiny steel blade that she uses to kill her enemies.

The base model is the only added feature to Nighraven Fiora. Even with its awesome features, Nightraven Fiora is still a regular skin that’s remained almost the same for some time. There are not many features added to the skin’s design, animations, and sound effects. 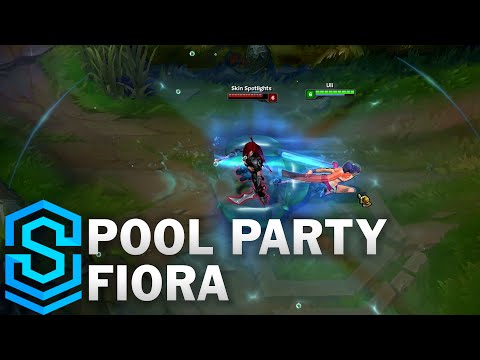 Pool Party Fiora skin is one of the best antic designs to come out of Riot Games. The skin featured an incredible hot Fiora babe brandishing a pool noodle as her weapon of choice. The Pool Party Fiora has a few new tweaks to the base model of the skin.

There is an incredible set of visual enhancements that adds to its original animations. There is a matching set of audio effects like the whacking noise when Fiora uses her weapon. There are cool animation and sound effects incorporated into the recall option. 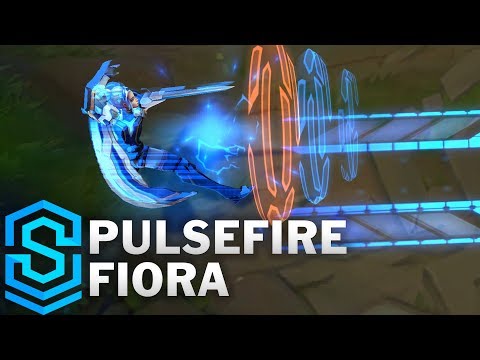 Moreover, it also comes with a couple of new features, including animations which can be accessed using the recall command.

Besides the cool animations, Pulsefire Fiora also comes with new soundtracks that add more life to your gaming experience.  The splash art on the skin’s armor is elegant yet straightforward, thus making Fiora look like a killing goddess. 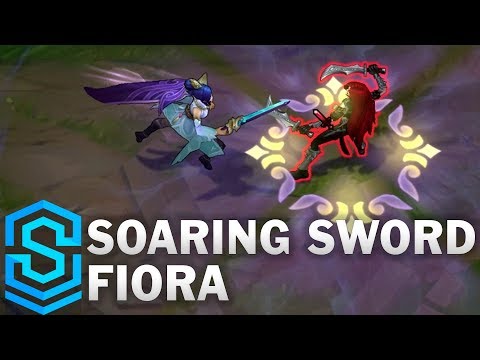 Soaring Sword Fiora skin is a premium-quality skin easy on the eye. The skin armor is magnificent with a gray and silver lining top. The skin also has a big goldish belt with a green gemstone in the middle. By design, the skin soars effortlessly and obliterates the opposing team.

The visual effect is incredible, especially the recall and home guard animation. If you are a fan of colorful skin with matching animations and soundtracks, Soaring Sword Fiora is all yours. 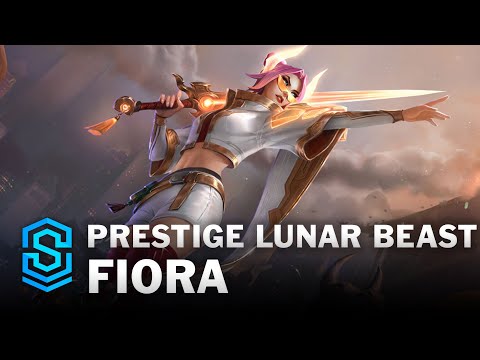 The Lunar Beast Fiora Prestige Edition is premium-quality mythic skin designed to resemble a mythic beast goddess. It is a high-end skin with some pretty impressive features, including a new skin base model, texture, and splash art.

Also worth mentioning is that the skin has very cool visual effects featuring Fiora brandishing a big sword with golden yellow flames. And then there are the sound effects; these are carefully selected to make your gaming experience more immersive. 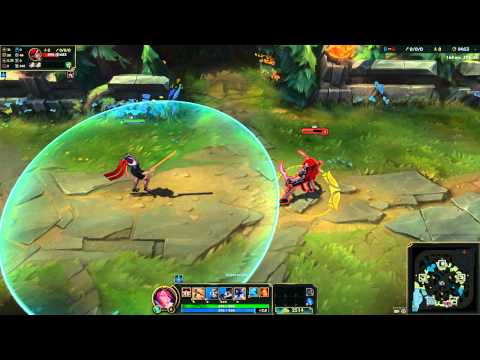 The Headmistress Fiora skin makes you take a fantasy trip to a catholic boarding school where fear of authority reigns supreme. This skin features a base skin model with flawless skin. Fiora is featured dressed as a disciplinarian armed with a ruler.

The protagonist adorns a black-themed attire with a fancy red neck scarf. The Headmistress Fiora skin has awesome visual and audio effects incorporated into the design, all of which add to the skin’s wow factor while gaming.

It’s categorized under legacy LoL skins. There is a ruler-smacking sound when you use the auto-attack or taunt command. Even with the cool features, it’s also undeniable that Headmistress Fiora lacks new particles along with other noteworthy new features. That has, to a certain extent, impacted its preference among gamers.

However, it’s still a great masterpiece that’s also very affordable. For a new gamer who’s just starting, this is a great Fiora skin to add to your collection. 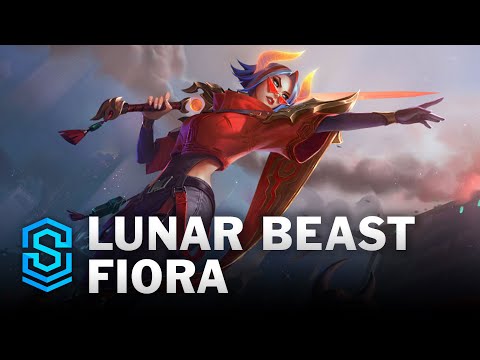 The Lunar Beast Fiora skin has a dope color pallet. The skin’s color pallet is a blend of red and blue, which blend well with the dark-themed background. The skin has a creative splash design that features a couple of new particles and pretty inviting solid emotes visual effects. Also worth mentioning is that the skin comes with great animations, accessible via the recall function.

Fiora is fitted with horned headgear making her look fierce and vengeful. She has with her a big sword with its details matching her outfit. If you’re looking for an amazing Fiora skin that comes with some of the best features, you can never go wrong with this one. 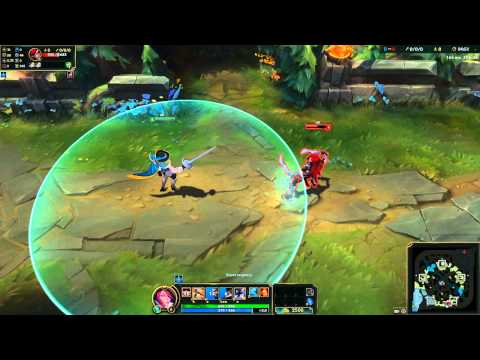 The Royal Guard Fiorais the perfect splash art design to depict a clinical finisher. The skin’s design model is a blue-themed Musketeer of the guard. The new skin is fitted with a dazzling blue Musketeer dress, and her weapon of choice is a huge and deadly sword.

The Royal Guard skin does not have new particles or new animation features, though. The Fiora skin comes with significantly lesser features compared to most top LoL skins.

And for the lack of features, the skin retails at an affordable price of only 520 RP. You can find the skin by going to the League of Legends website and clicking on the Fiora profile. It is a regular skin design with the protagonist depicted as a cartoon.

8 Best Mages in Mobile Legends of 2023
How to Solve Jigsaw Puzzle Like a Pro — Tips and Tricks you Need
10 Fighting Games Like Super Smash Bros.
25 Impressive Xbox Statistics, Facts, and Trends in 2023
How to Tame a Wolf in Minecraft [Completed Guide]
10 Best Irelia Skins in League of Legends (All Ranked)
[Fixed] Nintendo Switch Dock Not Working in 2023
How To Make a Lever In Minecraft [2023 Tutorial]