Ranking All The Best Garen Skins 2023

Garen is a formidable, highly principled, and skilled fighter destined to defend the Kingdom of Demacia and serve the king’s son like his father Pieter served King Jarvan III. Garen has all the features of a champion, nobility, and strength. After a mage killed his uncle, Garen realized that something terrible was brewing and that he had to stand up and defend the kingdom Demacia from the aggressor. In this quick read, we have put together the best Garen skins in League of Legends. Read on to discover more….

Garen trained hard until he horned his mind and body into a weapon that was as powerful as steel. The Garen LoL game is an exciting game of fierce battle, defense, and victory. If you are a big LoL fan and wish to display your extraordinary skills and battle accomplishments, check out this collection of the best Garen Skins in the League of Legends. 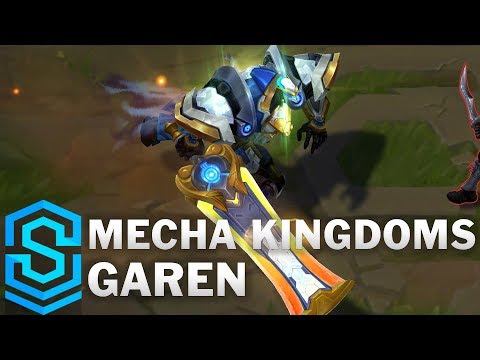 The Mecha kingdom Garen skin merits the high price because it is fantastic and worth all the hype. The skin is vibrant, bright, and extraordinary. It has fresh animations and effects that justify its high price. If you decide to buy the skin, you will have a feeling of being like a Mecha combatant. When you move fast, small jets will explode behind you to increase your speed.

Also included in this incredible skin is Garen’s straight sword that looks like something from a 90s anime. If you want something unique, Mecha Kingdoms Garen is a great addition to your LoL skins collection. 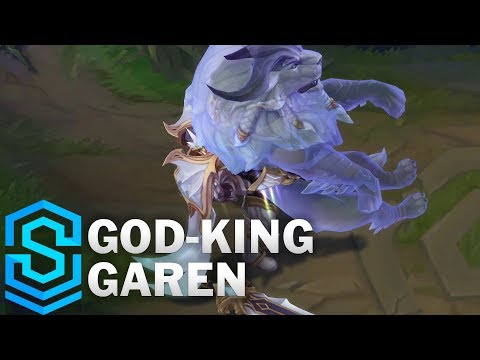 This is a top Garen skin and deserves the high price. It includes multiple exciting new VFX and mock-up modifications that boost player’s user experience. Garen is a gallant and noble warrior. The God King Garen skin showcases his status and prowess and even goes beyond showcasing him as a God-king. This skin provides the warrior with a massive spirit wolf cohort. The amazing point of the God-king skin is the incredible manner in which the wolf motif is added into every garden’s animations.

When he recalls, Garen rises with the wolf to a mammoth throne. It doesn’t end there. When he hears his wolf’s deafening growl, when he applies his Q, his wolf explodes and goes underground to destroy his foes when Garen Ults, and when he dies, his soul departs from the wolf and glides away. You’ll love this LoL skin, that’s if you cherish quality and want something that best manifests your battle accomplishments in the League of Legends. 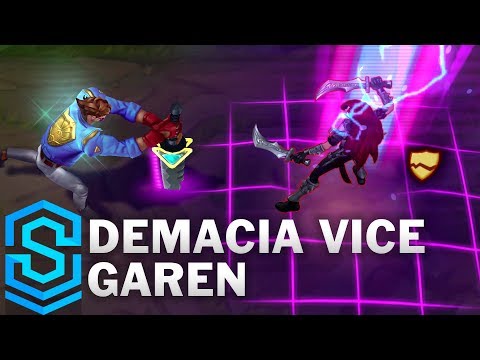 This Demacia vice is an exciting skin, showered with immense armor and colors. Creative players that love color and fun will cherish this skin. It features a characteristic shiny purple boundary around the battle sword is a delightsome sight to behold, and when it goes into a whirlwind, the effects are just out of this word.

If you are a juvenile player and need a skin that easily adapts to your ineptness, order this skin. Whether you are a Garen main or expert looking for a beautiful Garen skin to add to your collection, you won’t be disappointed with Demacia Vice Garen. 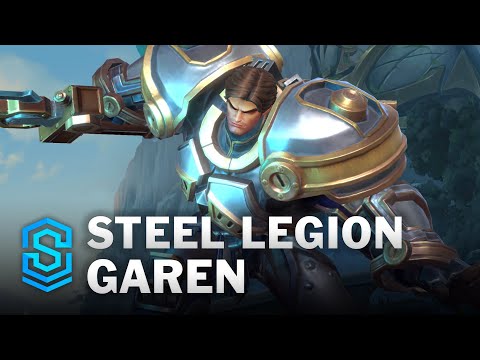 The Steel Legion Garen skin is extraordinary. Garen maintains his knight façade in this skin, but the appearance changes into a steampunk ambiance. His appearance is not the only element the Demacia warrior keeps.

He also retains his signature massive giant sword. Imagine a noble knight carrying and wielding a giant bastard sword – the sight is daunting. The sword tends to throb with lightning if he makes use of his E and Q.

Furthermore, the skin comes with fresh noise effects that spotlight the crackling of lightning. Nevertheless, his recall animation is somewhat disappointing as it has little or no excitement ongoing.

The skin is generally astounding, but it does not justify its high price. Even so, Steel Legion Garen is still an awesome LoL skin to add to your collection. Give it a try. 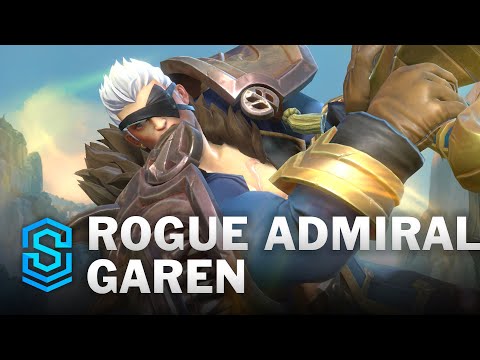 If you are expecting any fanciful things like new particle and animation effects in the Rogue Admiral Garen skin, forget it. What this skin has going is its properly executed hair and costume option for Garen. It is performed so well that it thrashes out other skins that cost almost double the price tag.

With eye patches, silver hair, and an excellent look, this skin successfully displays Garen as a badass warrior. In place of the giant sword, he holds a very long and scary rapier in his hand. The warrior appearance in this skin is distinctive and is worth buying. 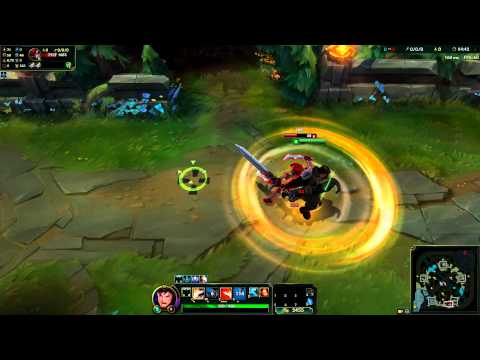 Rugged Garen skin is a classic Garen skin with complete armor and a whirling sword. As a Garen main, you might wish to showcase your outstanding skill with this classic skin. The Rugged Garen Skin is all you need.

This is the best skin to show your rugged and daunting self. Your enemies will surely shake with fright from the power of Demacia when you fight them with the new costume.

The price is also very affordable, well worth the type of LoL skin. If you’re a big fan of Garen, the Rugged Garen is all you need to feel the power of the king of Demacia. 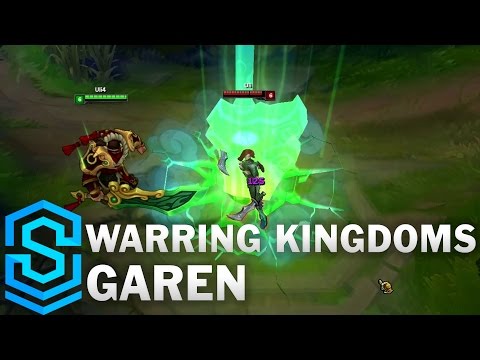 This skin showcases Garen as a warring king with a jade sword and golden armor. It comes with many awesome modifications that add to its glamor. Some of these additions include the daunting shiny battle sword that’s emblazoned with flashy whirlwind particles and a host of other cool effects. Also worth mentioning is that the recall animation that’s very much on point.

However, also worth mentioning is that his skin also comes with some downsides. A noticeable one is that it appears to have a rather week and insignificant execution. There’s also a seemingly noticeable conflict in the appearance of Garen as portrayed in the war fatigue and outfits that he wears.

Some LoL gamers may find it a little confusing when it comes to identifying the Warrior of Demacia. That notwithstanding, the voice of Warring Kingdoms Garen skin still has some pretty powerful features that very much makes it worth the price.

For instance, you will appreciate the powerful voice of the Garen, the war worrior and King of Demacia. His appearance right under the shield remains green even though he is dolled up to resemble a renowned Chinese fighter. That notwithstanding, this is still a great Garen skin for anyone who’s a big fan of this LoL title. 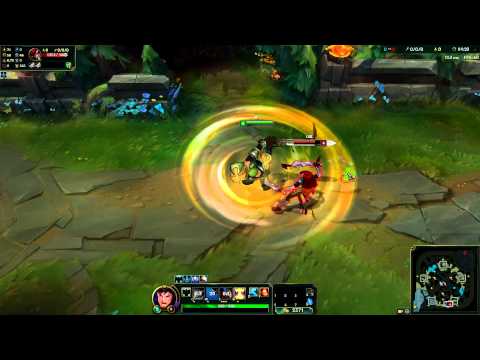 This is a classy skin because it was designed about ten years ago. However, it has managed to retail relevance in the face of so many new Garen Skins among other very exciting LoL skin collections. If you love old things, this skin is for you.

Aside from its classy excellence, the skin is among the few types with less badass appeal.  Nevertheless, the Garen skin still packs a lot of awesome features that still makes it one of the best LoL skins for Garen.

At an affordable price of 520 RP, this is one Garen skin that you need to give a try. 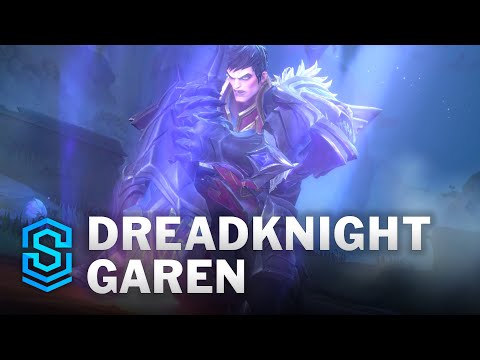 The Dreadknight skin displays Garen holding a flaming sword in an iced-up wasteland. This is a slight modification from the previous Vanilla look. The skin is superbly completed and darker; however, it still maintains a vital knight appearance similar to the vanilla and Sanguine skin. 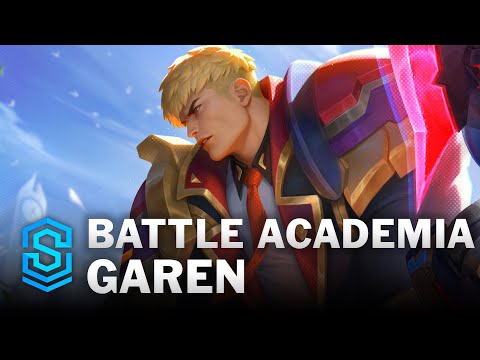 This skin is surprisingly good to look at because it strikes a strong balance with the theme in Battle Academia, and does not mar Garen’s essence and appearance. But, the downside is, it is mostly anime. The champion matches the theme of the skin, and the Riot barely pulls it off. 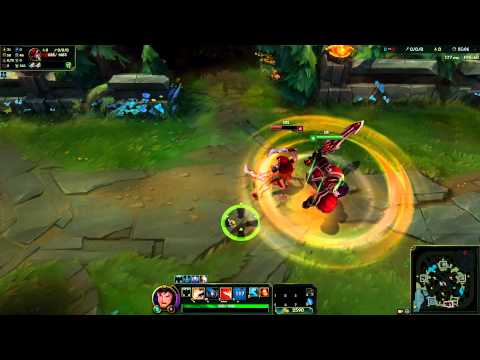 This skin is affordable, maybe because it is plain and doesn’t pack a lot of flashiness. Sanguine skin portrays Garen in rather different light, a clear departure from the warrior personality that most gamers are familiar with. Also noteworthy is that the skin features a new set of sounds and animation effects.

In addition, the skin is also very affordable when compared to other types of Garen skins. Lastly, the skin has a signature chrome and blue color with bronze and red modifications. If you’re shopping for a Garen skin to show off your gaming skills and accomplishments, this is a great one to give a try. 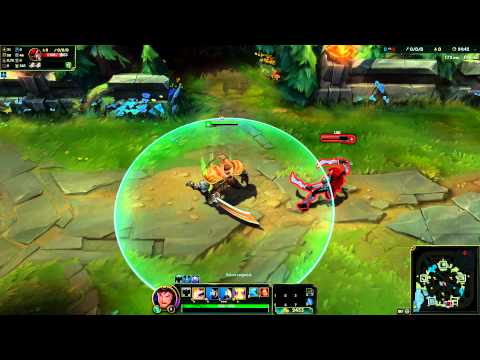 While this may be another affordably priced Garen skin, it is way better than some skin with a similar price like Sanguine. The reason it is more than a great buy for that price is that the plan of the shield is highly detailed. And if the effects, particles, animations, and other trappings are not your thing, the price is an excellent deal.

Garen’s sword was revamped in this skin, so instead of that giant, straight, and thick blade, in its place is a gratifying curve that makes the skin unique.

8 Xbox Gamertag Checker: Search Xbox Live Profiles
[Quickly GUIDE] How to Change Epic Name
How to Fix Xbox Party Chat Not Working [2023]
18 Strategy Games Like Age of Empires (2023)
How to Make a Boat in Minecraft in 2023 [With Pictures]
Top 10 Games Like Overwatch You Should Play in 2023
8 Best Apex Legends Discord Servers (Jan 2023)
[7 Ways] How To Get Leather In Minecraft