Best Riven Skins in League of Legends (All 11 Ranked)

Since the first release more than a decade ago, Riven skins have continued to gain popularity among many LoL gamers. The success of these skins is partly attributed to the combat skills that Riven displays in battles. In this post, we have rounded up some of the best Riven skins in the league of legends that you need to try out….

Formerly an excellent fencer in Warshots, Riven became a foreigner in a place she had attempted to conquer. While in the land, she performed exceedingly well and received numerous promotions for her efforts. Her astute brutality and confidence paid off, shooting her up the ranks, and soon enough was rewarded with a Warband and an iconic witching blade.

Her abilities include broken wings, a runic blade, and valor.  Are you a big fan of Riven? Here, you will find some of the best Riven skins in the League of Legends. Keep reading for the details…… 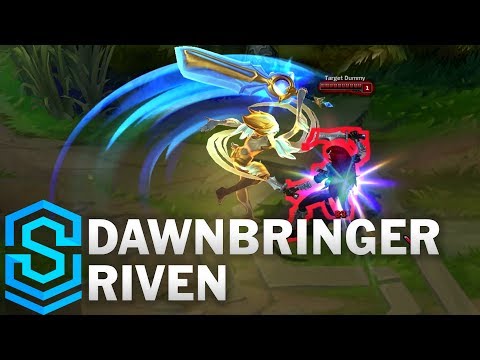 The Dawnbringer Riven is a total revamp of the champion’s skin. The skin comes with a new feel, model, animations, splash image, sound effects, visuals, and voiceover. Riven appears from twirling powers at the start of creation to become the personification of Order in the Universe. She is destined to battle with Nightbringer and awaits the time she will shatter his darkness with her light.

Also worth mentioning is that the skin comes with a whole new set of particle effects. Hover over the skin to appreciate the effect. And for all the awesome new features, the Dawnbringer Riven goes for an affordable price of only 1350 RP. 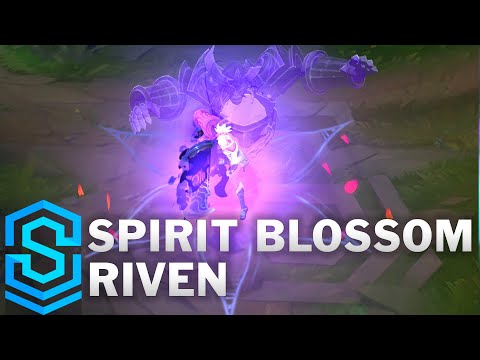 This skin showcases Riven as a brave fighter in an ancient land dishonorably brought low during fierce battles thousands of years back. She was not only defeated in the height of the battle, but her sword was destroyed as well. As a result of the dishonorable defeat, she lost her sense of tranquility and uncontrollably searched for bits of her damaged sword in an ethereal battleground. 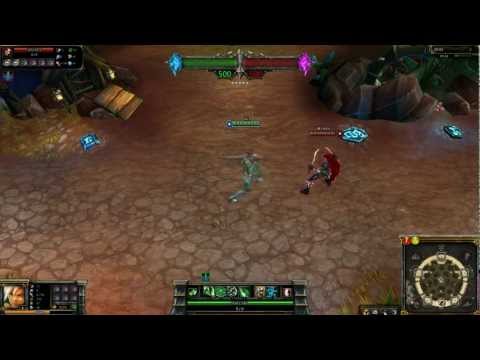 The Redeemed Riven is a rather simple skin. There’s not much color on this one. Even the protagonist is clad in simple plan clothes that only portray the warrior in her from a distance. That notwithstanding, the Riven skin has a couple of immersive features like a new texture, models, and splash pictures, occasionally new visual effects, animations, and soundtracks.

The introduction of Riven in this skin is quite impressive; she comes into the rift ready to fight her foes wearing battle costumes made up of green hood and bright breastplate. The skin is a standard one; you can always purchase it from the in-game superstore anytime. Overall, this is not lousy skin, except that the price is too high for the total delivery. If you are just getting started with LoL skins, you can give it a try. 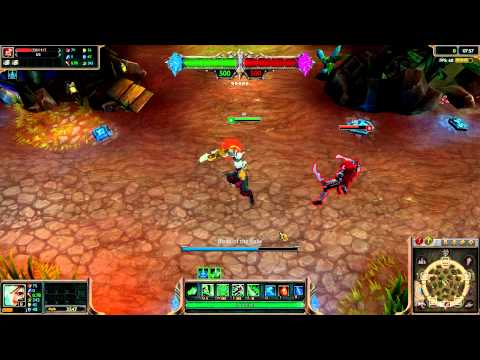 The Dragonblade Riven is your typical fantasy skin. It includes innovative touch, model, splash pix, visual effects, sounds, and animations, looking new and attractive. In the skin, Riven, the champion is shown wielding a sword forged in dragon fire. She drops right inside the camp of her enemy in the hope of ambushing them. To execute her plot, she scours through the enemy’s camp to kill them and their prisoners.

Transform the appearance of Riven with a skin that comes with, among other impressive features, lucid animations, whirlwind particles, and exciting sound effects that keeps you immersed in the game the entire time. If you wish to accompany the hero on her combat missions, Dragonblade Riven is for you. 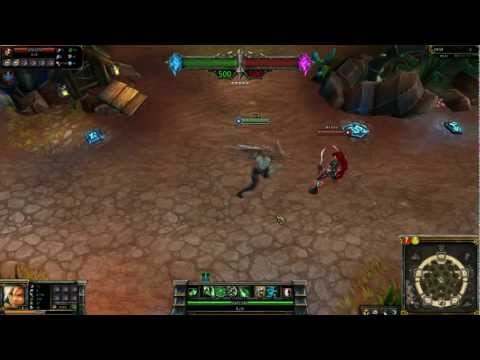 Crimson Elite Riven is one of the cheapest skins in the League of Legends. The low price is partly due to the fact that it doesn’t have many new features. The design is rather old (needs a revamp). And that’s not all. The animations and sound effects are for the base skin model.

Moreover, the choice of particles is also not very impressive, in as much as it is for the base model. The character model is passable, though. Even so, for an affordable price of 520 RP, it’s safe to say that the skin is affordable and worth the price. The skin is best for beginners or adventurous seasoned gamers on a budget or those eager to have just about any Riven skin. 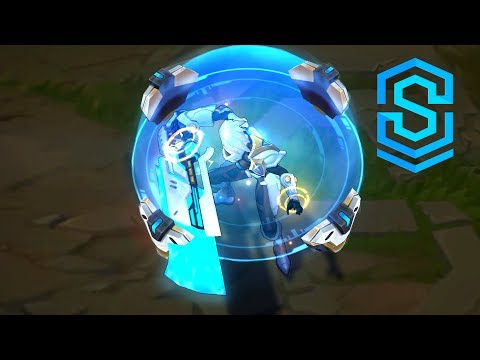 The skin comes with new elements like a new model, splash image, texture, animations, visual effects, and sound effects. This time the hero is presented as a worshipper of mundane purity, and she knows that many people prefer to manipulate time to work for them. Her mission is, therefore, to deal with anyone that attempts to disrupt the normal order of nature.

Even though the Pulse Riven cannot compare with higher-ups in the line of Pulsefire skin, it is really good. The design of her Riot blade is exceptional as it displays some exciting effects like popping out while a player is in the ult. You want your Riven to look fearsome and battle-ready; this is the skin to go for. 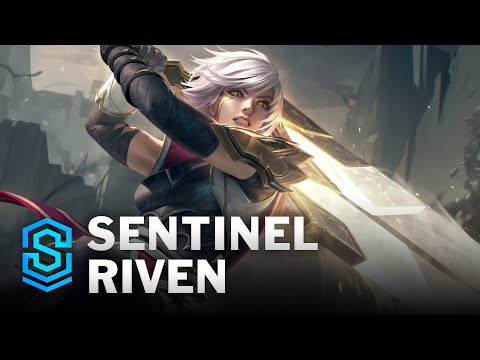 Sentinel is no ordinary skin. From the design and overall outlook, the skin is downright cool. In this skin, the champ’s sword kind of looks funny because it resembles Senna’s gun. However, the character mock-up is awesomely comprehensive and clean, including elements packed with Sentinel energy. But that is not all.

Have you seen the supporting animation and splash effects in the skin? Amazing! However, the skin is low-quality. Riot Games could have done better on the character model. That notwithstanding, this is still a great skin for anyone interested in cool animations and sound effects. 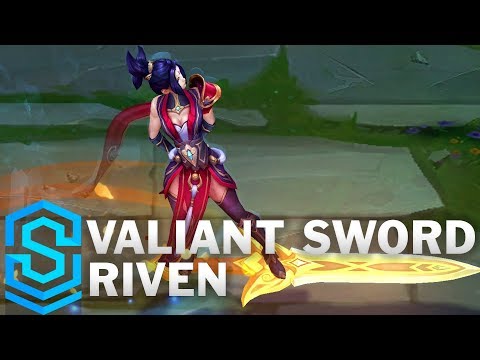 This skin has many new features, including new splash images, animations, models, visual effects, sounds, and texture. In this skin, Riven trains side-by-side with Morgana in war and politics fracas for a long time. Morgana acts as the villain while Riven acts as the protagonist for justice. Morgana desires a world where god controls everything alone, and her ultimate goal of exclusive world domination was overpowering her leader and becoming the empress.

Riven is assigned the undesirable assignment of confronting and preventing her friend’s quest. This skin set is based on the sword; when a recall is made, swords appear. The player’s E shield includes a sword, and the ult activation releases swords. Even the animation of home guard drives on a sword. It has a simple design outlook, though the soundtracks and visuals are top class. 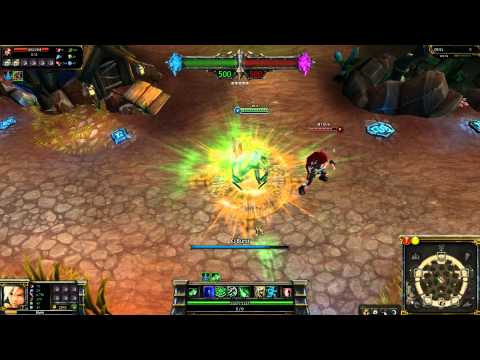 Compared to other Riven skins, this one takes the back seat. Battle Bunny Riven features a new set of animations and particle effects. You can also not ignore the matching battle sound effects that add to the fun during those fierce League battles. You will also appreciate the very attractive splash images and visuals in this skin. If you are on a budget but still want something awesome to boast your combat skins, you can never go wrong with Battle Bunny Riven. 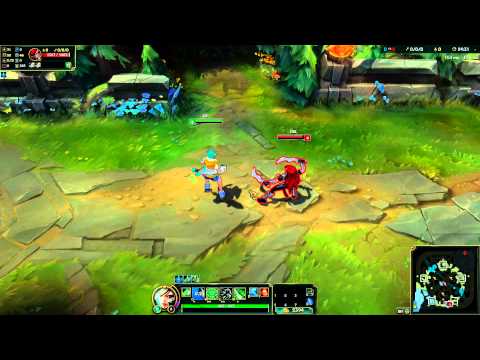 It is interesting that this skin was updated and boasts of new elements like new texture, animations, sounds, visual effects, splash pix, and model. The champ’s side job entailed taking part in dance simulators after her manager closed for the day.

Visually, the design is lovely, including the animations, swipe features, DDR pad – everything is just breathtaking. The skin has unique sound effects and visuals. 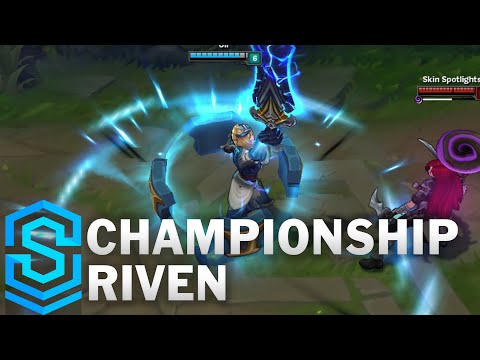 Amongst all Riven skin, Championship Riven can pass as the best. It is an old skin released through the finals of season two. Being the most demanding skin in the game pack, it comes with delightsome elements, refreshing scenes, and images.

With a current color plan and shield, you can see why the championship skin is so famous. Unfortunately, this skin has been removed from the store after its restricted release in 2012. However, in 2016, another championship skin was introduced into the market, but with a bit of difference from the erstwhile skin.

That brings us to the end of this review of the best Riven skins on LoL. Which of these skins is your favorite? Let us know in the comments section below.

8 Best Mages in Mobile Legends of 2023
How to Get a Mirror in Animal Crossing (New Horizons)
8 Visual Novels Games Like Doki Doki Literature Club
How To Drop Items In Roblox [Desktop, Mobile & Xbox]
18 Strategy Games Like Age of Empires (2023)
Best Jinx Skins in League of Legends: The Ultimate Ranking
6 Best IMVU Name Checkers (Instant Messaging Virtual Universe)
How to Make a Boat in Minecraft in 2023 [With Pictures]