Are you a Yasuo main? If so, then you better look at these wonderful best Yasuo skins.

Glancing over the ancient lore, Yasuo is a swift swordsman who has perfected the art of wielding the blade at a very young age. Since every story has a dark side, Yasuo had to kill his brother in self-defense.  Now, re-incarnated from the dead, his brother wanders the moors and inflicts pain on whoever he comes across.

In the meantime, Yasuo still hasn’t forgiven himself for the abomination he did with his brother. Due to absolute remorse, he finds himself looking forward to an adventure that might aid him in putting his mind off the lewd things he had done in the past.

At the moment, there are 7 skins and 5 chroma skins, making 12 skins altogether. 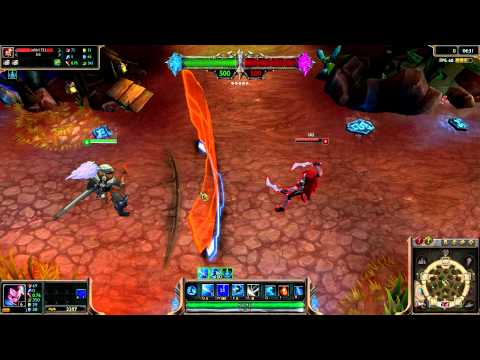 Even though it’s an eons-old skin, released in 2014, it turns out that the cyborg (mecha) Yasuo is still loved by many.  For particulars, this skin comes with a myriad of implementations that will make the Yasuo mains go insane. For example, the abilities incorporate cybernetic noises and visuals that instantly are projected in the form of an orange screen/shield to make everything look mechanized and robotic about Yasuo.

This is coupled with the wind still accompanying Yasuo on his journey while ensuring that the enemies are put to sleep in the most fashionable ways. In short, PROJECT Yasuo is all about special effects and colors. 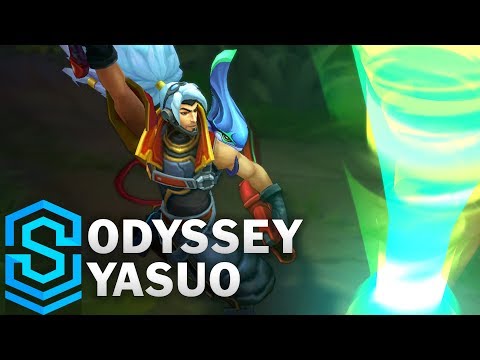 Odyssey skin makes Yasuo look like an air bender with a lot of enticing visuals popping out now and then. The best thing about the Odyssey skin is the vibrant colors that glisten out of Yasuo’s blade, making him look flashing and extravagant in front of his enemies.

For what it’s worth, the Odyssey Yasuo is more about creating chaos and sending whirlwinds at insane speeds on your enemies. Last but not least, just like project Yasuo, the skin is accompanied by some futuristic styling that will make the overall gaming experience worth a while. 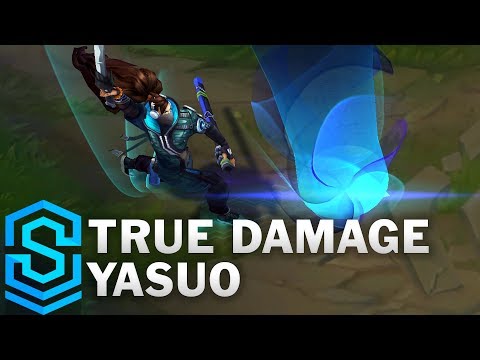 True Damage Skin is more about revolutionizing the genre of music into a spectacle of its own when combined during wars. The True Damage Yasuo is more about projecting a serene and calm environment to the user by implementing tad bits of music ingredients in the gameplay.

On top of that, the blue flashes are really a sight because the color relinquishes the fear from the players by making the textures and gameplay eye-soothing. All in all, True Damage Yasuo is a skin that will make the gameplay extremely interesting. 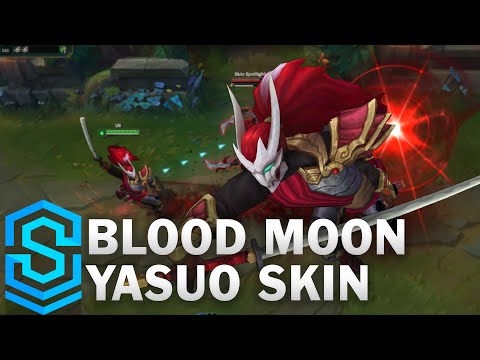 Blood Moon Yasuo is quite an old skin, like nearly 5 years old, but it’s still one of the best skins out there for cold-blooded players. On top of that, it’s also one of the cheapest skins, making it readily available for many players to obtain beforehand. Moving on toward the particulars, Blood moon Yasuo is about ingraining the red textures at an increasingly profuse rate. No, the skin is not repulsive but rather makes you more alert and blood-thirsty in terms of spotting the enemies.

The animations are just spell-bounding, and it really makes one go head over heels for the blood moon Yasuo. Last but not least, the whirlwinds generated through the Blood Moon Yasuo are just out of this world. They truly are amazing. 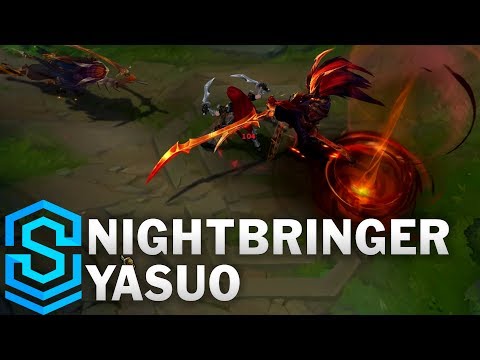 Nightbringer Yasuo sets a high bar for a lot of existing and upcoming entities and is one of the mesmerizing and cold-blooded skins out there for the players looking forward to eeriness while playing the game. For what it’s worth, it’s a legendary skin which definitely means it won’t be cheap, and that’s the reason why it’s going to cost you around 1820 RP.

That’s a real bummer, but the skin is worth every penny. Why? The constant billowing smoke engulfing Yasuo is something of a spectacle making the gaming experience skyrocket. 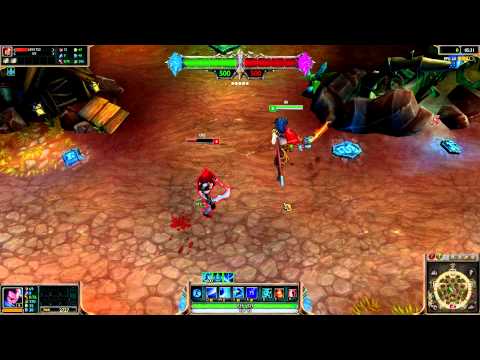 First things first, High Noon Yasuo is the first time ever released new skin with not a lot of things implemented, but still, the skin doesn’t fall short of anything and brings in resounding animations and textures for the players. For enumeration, the skin masquerades Yasuo as a sheriff (cow-boy-type) who was banished from the eastern territories due to a murder.

That’s the narrative the skin is based on. Apart from this, the sound and idle animations are wonderful because they blow a kiss of life into a rather wild-west-type-of-character Yasuo is trying to be. 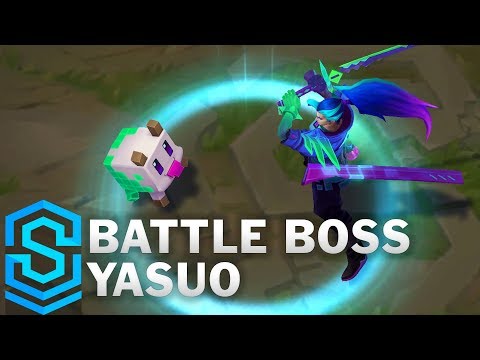 The only trade-off of this skin is its cartoonish look and animations. I mean, the fanbase is more into getting blood-thirsty, wild, and venomous attires that suit the agenda of Yasuo. However, the potpourri of colors and mundane cartoon-like animations have really made the skin take the last spot on the list.

However, it doesn’t mean that you should start avoiding the skin. It’s also good in so many ways if you are into augmented reality and A.I. The whole bottle boss notion is related to the 1979 cult classic “Hasagi.”

Anyhow, the abilities Yasuo can use are more vibrant in this skin, so I believe you’ll love it nonetheless.