How Old Do You Have to be to Play League of Legends?

One of the biggest concerns for parents: Is my kid old enough to play LOL? Actually, Riot Games have instructions for that. Let’s take a look.

According to Riot’s LoL Terms of use, players must be at least 13 years of age to create a LoL account. If you’re over 13 years old but not considered an adult in the region you live in, you will have to ask your guardian to read the Terms of use.

Should Children be Restricted from Playing LOL?

Video games have always been a concern for parents ever since the industry blew up in the world. From the famous shooting games like Call of Duty to the crime city game Grand Theft Auto, many games have increased in popularity and were known for their bad influence on many players. A reputation of a game is very important, especially for the parents.

However, League of Legends doesn’t influence inappropriate ideologies or harmful actions. Playing the game will expose the players to various entertaining topics. Some can get inspired by the splash art! Allowing creativity to hit their drawing skills. Others can get to read more as they learn about the champion’s beautiful stories.

Benefits of Playing League of Legends

League of Legends is a team-based game. To win matches, you must learn how to cooperate with your teammates. To work together and plan out strategies. There are over 150 champions in LoL, meaning there are unlimited game plans.

League of Legends doesn’t tolerate low awareness, and it punishes players who don’t focus on unfavorable fights. Players must learn how to multitask and keep an eye on the map from the enemies. Reaction time is also essential. Both are dodging and hitting skill shots that require a decent reaction time. Those skills can be developed by playing LoL.

As competitive as League of Legends is, it remains a video game that serves as entertainment. In other words, many players can relieve their stress and eliminate their boredom by playing a few matches. It’s healthy to take breaks during studies or work. Returning with a fresh mind can allow tasks to be completed smoothly.

Disadvantages of playing League of Legends 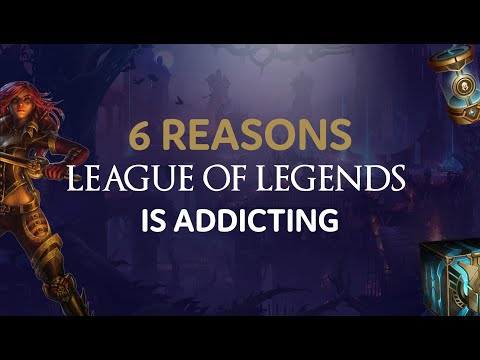 The main concern of LoL is addiction. The game has an enormous amount of information that needs to be invested in to play the game properly. From learning new champions, understanding items, setting rune pages, and un and locking different skins. Spending too much time can hurt your daily schedule.

Lastly is the community. Keeping your guard down can result in encountering players who might ruin your mood and the game. That’s why it is recommended to mute anyone who doesn’t give friendly vibes.

Playing video games has proven to be a healthy type of activity done right. Spending a reasonable time on games isn’t a bad thing; it helps improve various skills and discover new things about the world and ourselves. Not to forget the many friends that can be made and played with on the way.