The Sheriff of Piltover – Caitlyn, is a young lady from house Kiramman, her mother was a member of the council in Piltover. However, Caitlyn didn’t settle with the life of a noble and instead, she decided to become an enforcer.

Caitlyn is an Attack Damage Carry in League of Legends; her primary goal is to stay alive and deliver as much damage as possible. Caitlyn has the longest attack range in the game, giving her an advantage against other shooters.

She is an excellent shot that can aim to the head and deal extra damage. If an enemy steps into her trap, they will trigger her headshot attack and give her an extended range. Her ultimate move is a massive long-range shot that needs to be charged before firing—an excellent ability to finish off targets that are hard to catch.

Caitlyn has been visually reworked for the release of Arcane. She is featured as one of the main casts. This has given all her skins a quality of life, and we will be listing her best skins after the rework. 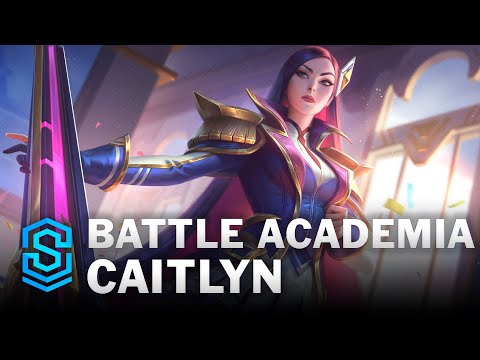 Caitlyn is a class representative in a battle Academy. She has long, straight purple hair that goes down to her waist. Caitlyn is wearing a school uniform and a white skirt, and long black leggings that match her outfit.

Starting with her basic attacks, Caitlyn uses her rifle, empowered with a purple core that shoots black and purple bullets. Her passive indicator is two white circles around her hands; the next bullet fired will be heavily empowered and look like a purple blast.

Her Q fires a huge piercing shot that looks like a bat with deadly wings. Caitlyn places a snap trap using caramel as its bait with her W. Caitlyn’s E fires a modern laser net. Her Ultimate charges Caitlyn’s weapon and fires a long shot while an anime-like border appears, showing Caitlyn’s face momentarily. 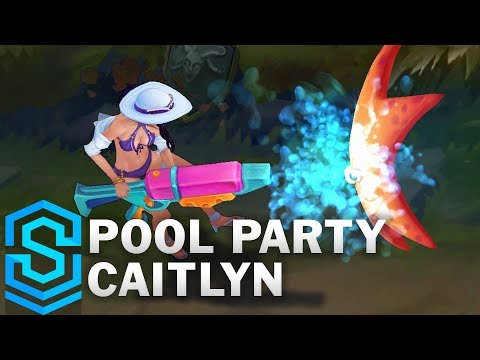 Caitlyn is attending a pool party! She is wearing a purple bikini, a white hat, and a thin top covering her back. Her weapon is a colorful water rifle.

Caitlyn’s basic attacks are water shoots that create water splashes upon impact. Her passive causes her water rifle to glow; the next shot will create a larger splash of water. Her Q shoots a sea ray that expands if it passes through enemies, leaving a trail of water behind.

Her snap traps are slightly filled with water; if an enemy steps on them, a radius made of water will float around the enemy. Her E shoots a large starfish and launches her backward. Her ultimate locks on a target, and a blue beam can be seen coming from her weapon. After she fires, the water bullet will create a huge splash on the target. 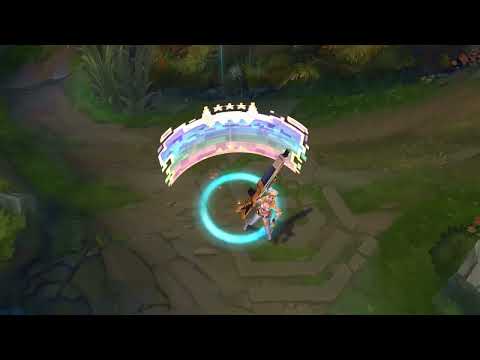 Caitlyn is all in gold! Showing off her Prestige Edition of the Arcade skin. All particles and effects made by Caitlyn are Atari-themed.

Her basic attack shoots golden bullets with 2D effects. Once her passive is activated, a 16-bit sound cue will play, and her weapon can be seen shining gold. Her Q is a golden spaceship! Its wings expand if it goes through a target. Her W is a brown trap. The bait is a diamond drawn in a pixelated way.

Her E launches a golden 2D net; if an enemy is caught, a large indicator around them can be seen with an Arcade style. Caitlyn’s R locks on a target. A golden crosshair mark will appear above them, and a yellow square will start loading underneath their feet until Caitlyn fires her golden shot. She was creating golden firework effects. 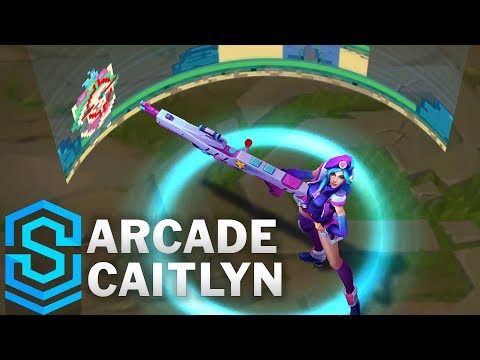 Caitlyn is a player in Arcade! She is dressed in purple and pink outfits. Her hair is dyed light blue, and her weapon is aesthetically matching.

Each shot leaves colorful 16-bit particles, but her passive is a glowing yellow bullet that leaves a bigger impact on the target. Her Q is a blue spaceship with purple and pink corners. Caitlyn placed traps with her W; each one is using red cherries as bait. The cherries are designed so that they appear to be from a pixel game.

If an enemy snaps one of the traps, a cursor above them will start blinking. Her E shoots a large yellow net with blue edges. Caitlyn steadies her shot; she aims at a target with a purple laser before her ultimate shot is fired, creating firework effects of various colors. 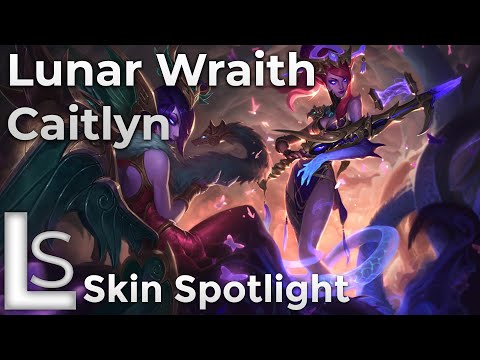 Caitlyn’s skin has turned a little pink, her eyes have turned into that of a serpent, and her red hair is put up in a ponytail. She is wearing a blue dress, and her rifle has turned into a golden weapon with blue snake eyes.

Caitlyn fires very thin green shots. After her passive activates, her weapon overcharges and green sparks appear from its eyes. Caitlyn fires a large shot that is similar to a serpent tooth. Her Q fires a magical shot formed as a serpent’s head that opens its mouth and turns red if it passes through enemies.

Caitlyn places golden traps with cupcakes on them. A blue indicator can be seen with a snake swirling around a bullet if someone triggers the traps. Caitlyn’s E is a blue-colored nest. Her R shoots a large purple sharp-edged bullet. 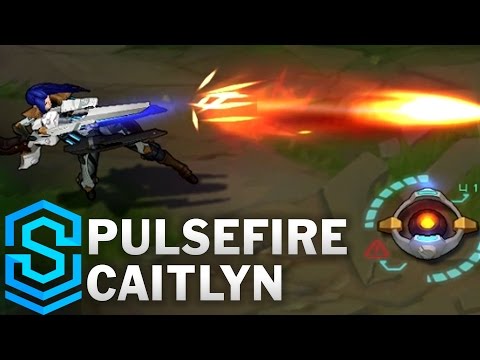 Caitlyn has arrived from the future with a fancy battle suit that is covered by a brown cloak. Caitlyn’s hair is darker than usual, being wholly blue and put into a ponytail.

Caitlyn’s basic attacks are white and blue beam shots. Her futuristic weapon turns red, indicating that her passive is ready to fire a large red bullet. Caitlyn sends a piercing shot with her Q made out of a white robotic sharp device.

Caitlyn puts down neatly designed traps. Each trap has a loading bar around it. The center of the trap appears to have an overheating gemstone. Her E throws a blue laser net. The headshot indicator has numbers that work as a timer. Her Ultimate evolves her weapon and lets you see through her scop while a large blue bullet is fired. 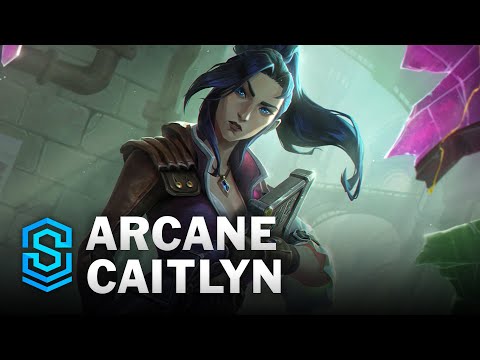 Caitlyn has disguised herself, trying to fit in as a citizen of Zaun. She is dressed in light purple outfits and brown boots. Her hair is put into a ponytail while letting one of her bangs loose in front of her face.

Caitlyn fires her basic shots at her enemies; each bullet can be seen falling to the ground. Her hands will start glowing red before shooting a large blue bullet as her passive, leaving a purple smoke behind. Caitlyn’s Q is a piercing shot made out of a huge bullet with double-edged wings.

Her W is a set of traps with a cupcake on each. Caitlyn’s E is a white net with golden edges. Her ultimate locks onto a target, a light blue laser will be aimed at them, and then a large black bullet will be shot. 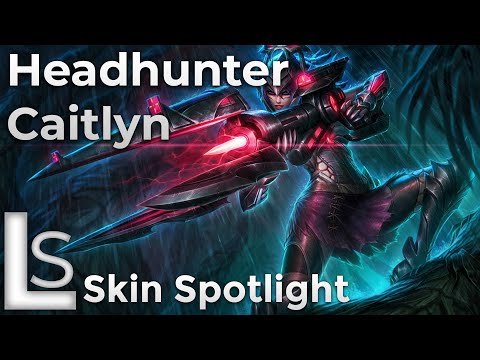 The Piltover Sheriff has become a dangerous hunter, equipped with an alien weapon superior to other mortal inventions. Her overall appearance is dark and edgy, her eyes are purple, and her hair is long and curly.

Her basic attacks are red bullets with unique firing sounds. The tip of her black sniper can be seen glowing a red whenever her passive is up. Her headshot bullet is like the head of a red trident. Her Q is like a large shuriken that leaves a red trail behind.

Her traps are black and use digital cupcakes as bait. Whenever her W or E hits an enemy, a red indicator around them will be seen. Her ultimate reveals a trinity symbol above and below the target; Caitlyn charges her weapon and shoots the target down. 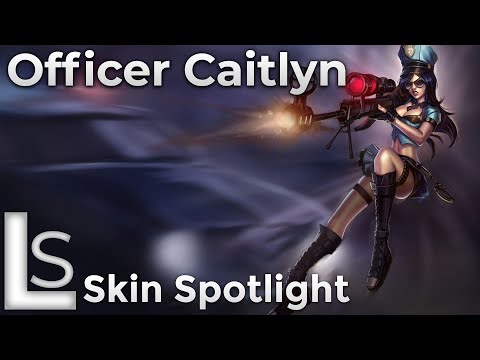 Caitlyn and Vi had been together as Enforcers; now, both of them work as police officers. She wears a blue police uniform and black pants. Her eyes are covered with black sunglasses. Her head is also decorated with a police hat.

Caitlyn’s white semi-sniper shoots six bullets that generate blue particles on impact. When her passive is active, her weapon lights up the same as police cars do, shooting a blue and red bullet towards an enemy. Her Q is a large black bullet with blue edges.

Her snap traps are made of steel and filled with donuts. Her W is a white net that reveals a headshot indicator with a clockwork symbol on the center. Her ultimate put a red and blue crosshair on her target, eventually shooting a black bullet that follows the blue laser. 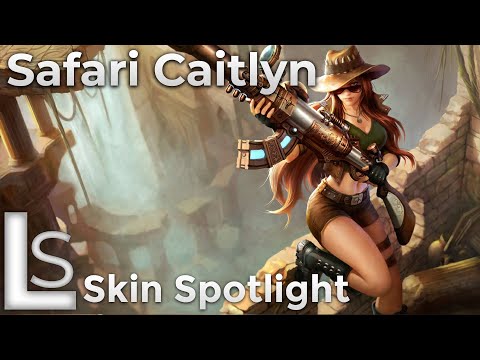 Giving lots of Tomb Raider vibes with this one, Safari Caitlyn is dressed as an adventurer and as an explorer. She wears a green top crop under a brown leather jacket followed by brown shorts and shun glasses. Her hair is brown and covered by a western hat.

Her traps seem to produce an aura of mixed yellow and green colors. Each trap is armed with a cupcake. Her E launches a white net that shatters on impact and activates her headshot indicator, which is yellow in this skin. Finally, her ultimate reveal an ancient crosshair on the target’s head before shooting a large black bullet through a yellow laser. 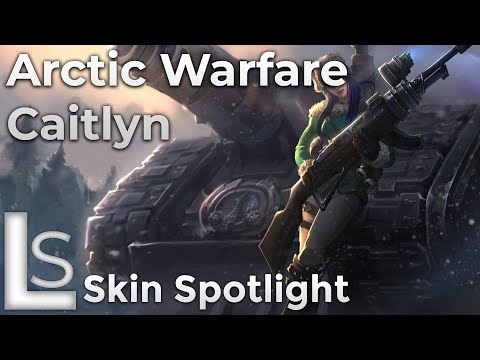 Heavily inspired by a Russian military outfit, Caitlyn is a soldier that serves in the cold winter. She is clothed in warm green outfits and a thick hat that covers her head and her ears. Her semi-rifle looks like it is made from the era of world war.

Her bronze bullets are fired six times before her passive activates, which manifests an orange aura from her hands. Her traps are blue; they use pink cupcakes with a red cherry on top to attract enemies. Each time a trap is activated, the cupcake falls.

Her E pushes Caitlyn backward to fire a white net. Once fully focused, Caitlyn locks down a target and charges her sniper to shoot a bullet that leaves a flaming explosion upon impact. 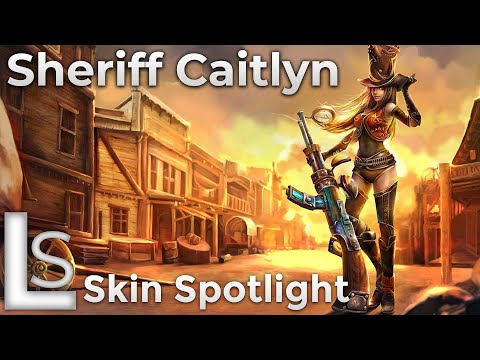 Caitlyn is the Sheriff of the town. Her hair is light brown, and her clothes demonstrate what a Sheriff’s uniform looks like – fully brown and made out of leather.

Caitlyn uses her bronze bullets to hunt down outlaws. Each bullet she fires can be seen reloaded out from her rifle. The bullets leave realistic particles on impact, showing what really can happen after an object is hit by a bullet. Her Q is a large sharp-witted shot with blue edges.

It looks the same as her classic skin. On the other side, her traps appear to be made out of rusty steel; though the blue aura remains, the traps match with Caitlyn’s aesthetics. Her net is fired and shattered upon impact, leaving white particles of the strings. Her Ultimate causes a blue laser to track a target before a large black bullet is fired. 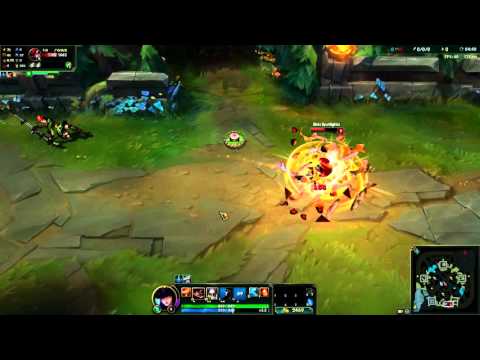 Resistance Caitlyn is the least favorable skin on the list. Nothing changes apart from her clothes and weapon. There aren’t any new particles or animation changes. Nonetheless, Caitlyn is dressed as a resistance soldier. A red hat on top of her head under black headphones, connected with a microphone.

Wearing military-like outfits, Caitlyn doesn’t fail at being astonishing even in the skin like this one. Bullet shots look natural. Her Q is a large sharp bullet with light-blue edges. Her traps are blue, just like in her classic skin.

Her net is fired and shattered upon impact, leaving white particles of its remains. Her Ultimate causes a blue laser to lock onto a target before a large black bullet is fired through her sniper.