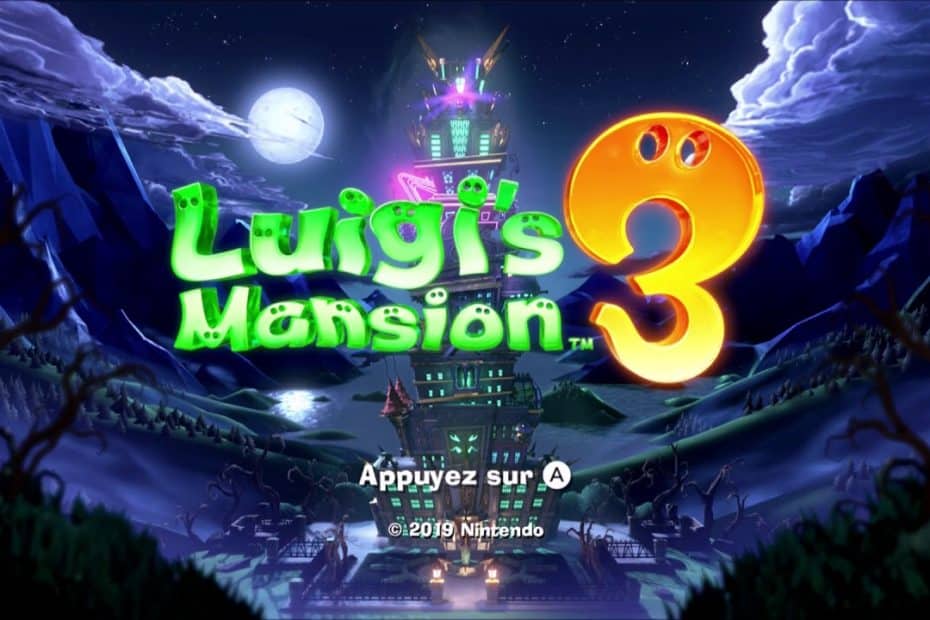 If you’ve played nintendo-owned Luigi’s Mansion 3 and are addicted to it, this is a list of games like Luigi’s mansion 3 you can’t refuse.

Luigi’s Mansion 3 is an enjoyable video game that forms the third central part of the Luigi’s Mansion series. In this game, players take the role of Luigi, and the mission is to explore a haunted hotel, fight enemies and save his friends from ghosts.

Luigi’s adventure is to collect gems, defeat the boss of each floor, save his companions. King Boo had tricked Luigi and friends to visit the hotel for vacation so that thcouldcan be trapped in it. The game incorporates several elements from the previous installments of the series. It also has various new features such as expanded multiplayer functionality and moves for ghost-catching, among others.

You can play Luigi’s Mansion 3 locally or online. This is an action-adventure game of exploration and decryption. Your role is to control the character of Luigi and capture ghosts in the hotel using the available tools and options. The game comes in two models, multiplayer mode and single-player mode.

To capture ghosts, you have to weaken their health down to level zero. You do so by using Luigi’s Strobulb to stun ghosts and then snag them with his Poltergust throughout the 17 floors of the hotel. The multiplayer mode of Luigi’s Mansion 3 supports up to eight players, playing online or locally.

Here are other games similar to Luigi’s Mansion 3 that you should also try to have some fun with. 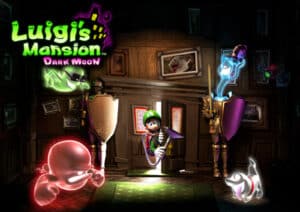 This action-adventure video game is popularly known as Luigi’s Mansion 2 in Europe and Australia. In this game, Luigi is the main character, just as in Luigi’s Mansion 3. As a player, your role is to control Luigi, capture ghosts, and retrieve the shards of the shattered Dark Moon.

Luigi is equipped with the Poltergust 5000 (special vacuum cleaner) to capture ghosts and broken pieces of the Dark Moon. The game’s setting is in Evershade Valley, and King Boo is responsible for the disappearance of the Dark Moon. Luigi explores different-themed mansions where he solves puzzles and captures ghosts to progress to the next level.

The game is available in single-player and multiplayer mode can be played locally or online on Nintendo Network. Taking the role of Luigi, you will use a vacuum cleaner to retrieve the broken pieces of the dark moon while saving your brother Mario. 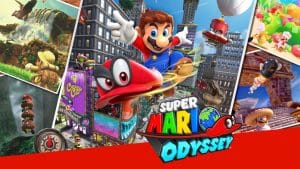 You can never be tired of playing the Super Mario Odyssey video game because it is super impressive. The platform game is part of the Super Mario series. The main characters are Mario and his new ally Cappy (unique hat) to control other characters in the game.

The mission is to travel across kingdoms and save Princess Peach from forced marriage by Bowser. As Mario, the player should travel to several kingdoms and collect Power Moons. The moons are a power source to “The Odyssey” that Mario uses to move to new locations.

You have to complete the primary story mode so that you can unlock other post-game kingdoms. Cappy has a “capture” ability that enables Mario to capture other objects to solve puzzles. Super Mario Odyssey also features a vocal theme song, “Jump Up, Super Star,” making it even more enjoyable.

Just as it is in Luigi’s Mansion 3, Super Mario Odyssey is an adventure mission game. Mario is on a mission to save the princess, just as Luigi’s mission is to save his friends. 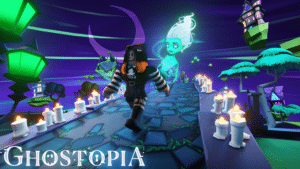 This game revolves around ghosts and a haunted mansion, just as with Luigi’s Mansion 3.  You assume the role of the owner of a haunted mansion when playing Ghostopia. The mission is to build and decorate your residence so that it can attract powerful ghosts.

The setting of the Ghostopia is several centuries ago in the fantasy world where the dead walk amongst the living. Your mansion is situated in the Shadow Realm, where the dead and living people live together.

While playing Ghostopia, the aim is to make sure your Haunted Mansion is the scariest in your locality. By doing so, your mansion will attract ghosts to haunt your guests and collect resources by woodcutting and mining. The player can also use magic, call more ghosts, learn new conjuring recipes, and level up to open more rooms would help if youYaimedaim at collecting as many ghosts as possible so that you can summon them in the game and use their powers to perform various tasks. 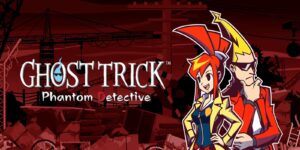 Another amazing video game that’s similar to Luigi’s Mansion 3 is Ghost Trick: Phantom Detective. This is an adventure game. The storyline is based on Sissel, a protagonist who died recently. His ghost struggles to discover who killed Sissel and the life he lived while alive.

As a player, you assume the role of Sissel’s ghost, and you can perform various ghost tricks. The tricks enable you to solve multiple puzzles and move from one place to another.

You need to control Sissel, the main character, when playing Ghost Trick: Phantom Detective and use ghost powers to save lives. The most fantastic thing about this game is that you can swift between the land of the living and that of the ghosts. 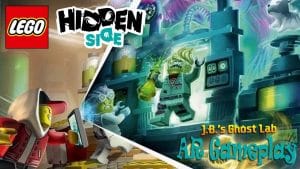 This fantastic app video game was launched in 2019. The setting of Lego Hidden Side is in the fictional city of “Newbury.” The town is haunted and it’s the responsibility of ghost hunters to protect it. You have to collect ghosts when playing this game.

Lego Hidden Side provides players with digital and physical play. The theme of the game involves augmented reality and traditional brick-built playsets.

The fact that the game is played from an app installed in a smartphone introduces the aspect of “Physical play in the game.”  Sometimes you find yourself making physical movements when playing the game on your smartphone. Players of this game visit different haunted locations in the city of Newbury using the main characters in the game, Jack and Parker. The mission is to hunt and capture ghosts.

6. Lair of the Clockwork God 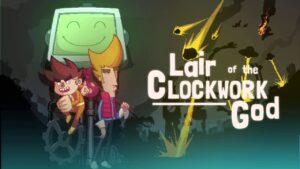 The last on the list is Lair of the Clockwork God. However, that doesn’t mean that it’s the least enjoyable game. On the contrary, this is an interesting game if you love playing Luigi’s Mansion 3. It’s a two-dimensional side-scroller game with Ben and Dan as the main characters. You control Dan as a platformer and Ben by point-and-click style when playing this game. The mission is to recover a flower that can heal cancer.

Liar of the Clockwork God is part of the Ben and Dan series. You can only play this game effectively and enjoy it if you have background information about the game. However, Liar has a new concept that makes it more enjoyable than other games in the series.

For instance, the game is a platformer and an adventure. Dan behaves like a platformer character as he runs and jumps from one place to another, pulling large crates. On the other hand, Ben acts like an adventure character by walking around and interacting with other people and objects. However, the two must collaborate to overcome situations throughout the game.

The above game will give you a great experience if you love playing Luigi’s Mansion 3. Although the games vary in some aspects, they revolve around similar concepts and storylines. For instance, all the games are adventure missions where you have to deal with ghosts or some characters with superpowers. I recommend that you try the above games and I have no doubt that you will have a great time playing them.

9 Best Switch Games for Couples You Should Play Together
6 Deadly Sins of Indie Game PR
The Ultimate Guide To Mobile App & Game Marketing
15 Best Cricket Games to Play on Mobile in 2021
Top 10 Games Like Overwatch You Should Play in 2021
15 Games Like Summertime Saga in Nov 2021
Mind-Blowing Mobile Game Development Facts You Need To Know
10 Best Geoguessr Alternatives: Travel the World in Browser