If you are a gamer, then you probably have a PlayStation console. You can also consider having the Xbox and Nintendo Switch consoles. These are some noteworthy statistics about PlayStation.

PlayStation has some noteworthy competitors such as Xbox and Nintendo consoles. Fortunately, PlayStation is a dominant video game system that consists of home video game consoles, two handhelds, a media center, and a smartphone.

There are some noteworthy statistics about PlayStation: 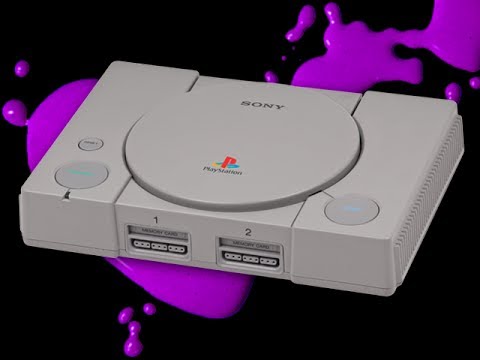 1. PlayStation 2 is one of the best-selling Sony consoles of all time.

PlayStation 2 is one of the best-selling consoles of all time. Over 157.7 million PS2 units have been sold.

It is followed closely by PS4, original PS, and PS3. This shows how the other versions thrive well.

In most cases, Sony tends to sell more PlayStation consoles in the third quarter of the year. This trend has been there since 2011.

The demand is high, but the company tries to manage it. This shows the positive adoption of video game consoles.

There are predictions that over 67.3 million PS5s will have been sold by 2024. This is because how people are actively adopting video game playing.

4. PS4 sold over 7.6 million units in the first five months.

In the first five months after the PS4 invention, over 7.6 million units were sold. In the same timeframe over 7.8 million units had been sold.

This shows how gaming consoles are gaining popularity. The demand is high even though at times the supply may be a bit slow.

5. More than 5 million units of PlayStation Virtual Reality headsets were sold by January 2020.

Sony tends to provide sales figures for its different products. By January 2020, over 5 million units of PlayStation VR headsets had been sold.

The game and network services are Sony’s most lucrative section followed by electronics and financial services.

During the 2020 pandemic, people needed to find alternative ways that they could use to divert their minds.

However, at that same time, many people still managed to subscribe to the PlayStation Plus membership. The number increased by 6.1 million in that same year. This shows how people are consistent on the membership benefits.

It is estimated that PlayStation Plus has over 47 million subscribers.

8. Most PS4 consoles got sold in Europe.

Over 47 million PS4 consoles got sold in Europe in 2020. The other PlayStation 4 console market is North America, Japan, and the rest of the world. This showed a tremendous increase in how people adapted to using the PlayStation consoles.

It is also estimated that Sony sold an average of 1.1 million units of PS4 each month since its launch. Over 100 million units had been sold by early 2019.

9. PlayStation’s consoles are popular with a 66.6% percentage on the global market.

PlayStation gaming consoles are popular gaining a 66.6% range on the global market. Xbox consoles come second with 33.29% and Nintendo Switch garners the remaining percentage. PlayStation and Xbox are the most popular consoles of all time.

10. Horizon Zero Dawn is a popular game on PS4.

The Horizon Zero Dawn game for PS4 was made in the Netherlands for $57.3 million. It has already sold over 10 million copies which has made it earn some cash for Sony and the developers. Up to now, the game has made more than $400 million which is 8x the amount used to make it.

More than 2800 games were made for the PlayStation 1 console. This is what made it gain popularity fast. One popular game was Gran Turismo which is a racing game that has had over 10.8 million units sold over time.

12. Marvel’s Spider-Man game has had over 20 million sold copies.

As per 2021 reports, Marvel Spider-Man had sales of over 20 million copies.

14. There are over 110 PlayStation users globally.

It is estimated that PlayStation has over 110 million active users.  2020, registered the highest number of active users at 114 million. In 2014, there were only like 50 million users.

15. There are over 3.2 million PlayStation Now subscribers

In 2019, the company reported one million paid subscribers. However, after cutting down the prices, the company added more games which led to an increase in subscribers in the same year. By 2021, the number had increased again reaching 3.2 million subscribers.

16. It is estimated that 40% of PlayStation gamers are female.

It is estimated that about 40% of PlayStation gamers are female, making 60 % of them male. During PlayStation 1 launch, only 18% were women and girls, but the number of users tripled with the consequent releases of PS5. This increase also relies on the fact that there has been an increase in female characters.

The first PlayStation 1, had players between the ages of 13 and 18 years. This shows that the PlayStation players have stayed loyal since their invention years.

18. The first PlayStation console was released in 1994.

The first PlayStation console was released in 1994 in Japan. It then spread to the international market. Sony tried to produce a new console after every 6 years or so. It has various subscriptions like PS Now and PS Plus.

Before the launch of PS4, over 1 million people had pre-ordered it. It is also shown that more than 1.3 million units of PS5 were sold in a single day. This was first in the US, Canada Mexico, Australia, New Zealand, Japan, and South Korea. The console then became available in the rest of the world.

20. It is estimated that over 4,000 old-generation games can be played on PS5

There are over 4000 games from the previous PlayStation versions that can be played on PS5. PS5 is compatible with most games making it among the best – this applies to both digital and physical game copies. PlayStation has had 5 major consoles over time.

Enjoy The Best Games On PlayStation.

PlayStation is one of the best video gaming consoles of all time. It has grown to become popular over time. Also, many people prefer playing video games to make them relax and feel at ease.

All the PlayStation versions have unique features and each new version comes with more power. Therefore, if you are into video gaming, you need to at least have a PlayStation console. All the best as you play the best game on PlayStation.