Netflix has grown from just being a DVD rental service to one of the most popular streaming websites. It has a huge library of movies, series, TV shows, and documentaries.

Navi.
Impressive Netflix Statistics
Netflix Usage Statistics
1. In the first quarter of 2022, subscribers decreased by 200,000.
2. 90% of the most popular original series on the platform are produced by Netflix.
3. In 2018, Netflix was one of the most-watched platforms.
4. It is estimated that around 25% of Americans share a Netflix account
5. Over 71% of Netflix content is streamed through TV
6. 2 out of 5 Netflix subscribers prefer using a VPN while streaming Netflix
Netflix User Statistics
7. Netflix is accessible in over 190 countries
8. As of April 2022, Netflix had more than 221 million subscribers.
9. The median age of Netflix’s core subscription is between 35 and 44 years
10. 52% of Netflix subscribers are female, while 48%are male.
Netflix Revenue Share Statistics
11. As of 2021, Netflix’s revenue reached around $30 billion.
12. The US and Canada are one of the largest contributors to Netflix.
13. It is estimated that Netflix will have a penetration rate of 62% in North America by 2025.
14. In the third quarter of 2021, Netflix produced over 129 original titles.
15. 82% of people prefer streaming online rather than watching cable TV
16. As of 2021, Netflix earned about $200 million from the DVD rental service
Net Spending and streaming Statistics
17. As of 2021, Netflix had spent about $17 billion on content
18. Netflix is one of the most popular streaming services
19. 41% of Netflix users watch without paying
20. In 2021, it is estimated that Netflix used about $2.2 billion on research and development
Netflix History Statistics
21. Netflix struggled during its early years
22. Netflix was among the first among its competitors to be available on the app.
23. Netflix has played a huge part in the increase in streaming
Netflix Popular Movies And Shows Statistics
24. As of 2021, “Clueless” was the most popular Netflix film, while “13 reasons why” was the most popular TV series
25. It is estimated that new Netflix account users have watched around 49 days worth of content.
26. As of 2019, it is estimated that Netflix users spent about 164 million hours per day watching.
27. Netflix had paid around $300 million to stream Disney’s content
28. As of October 2022, Netflix had over 17,000 titles globally.
29. In just 10 days, 34 million viewers tuned to watch “Tiger King”
30. Red Notice is one of the most-watched Netflix mobile
Netflix Worth And Maintenance Statistics
31 As of October 2022, Netflix was worth over $105 billion
32. As of 2022, Slovakia has the largest Netflix library
33. Netflix employs around 11,300 workers
Netflix Talent growth and Popularity Statistics
34. Netflix pays comedians millions of dollars to produce stand-up performances
35. Netflix offers content in 60 languages
36. Netflix’s subscribers have at least 6 shows they watch in common
Netflix Market Growth Statistics
37. Netflix’s stocks have a current market price of $504.20 per share
38. Netflix’s subscribers pay about $11.56 monthly for the service.
Stream Movies And TV Shows On Netflix Effortlessly

Netflix began in 1997 as a rental service for DVDs which it still does to date. Since then, many reforms have been made, which have resulted in it ranking among the top streaming platforms on the internet. Netflix features some of the most recognized films, movies, series, TV shows, and documentaries.

It is one of the most popular streaming services that most age groups are familiar with. With its reforms, Netflix developers developed an algorithm recognizing user-watching preferences.

Therefore, Netflix users get suggestions on similar movies to what they have already watched. Therefore, if you love film streaming, Netflix should be at the top of your list.

2. 90% of the most popular original series on the platform are produced by Netflix.

Most of Netflix’s original series are popular on the platform. Netflix has a lot of potential in the film world.

It is estimated that in 2020, users streamed about 3.2 hours per day on Netflix in the US. Therefore, you can only imagine the kind of traffic it gets from all over the world.

According to some recent findings, it is estimated that 25.6% of Americans share their Netflix accounts with relatives and friends. Luckily, Netflix is aware that some users share accounts.

It is estimated that most people prefer to stream Netflix content through TV. However, some people still prefer using other devices like mobile phones, tablets, or laptops while on the go.

6. 2 out of 5 Netflix subscribers prefer using a VPN while streaming Netflix

Netflix has some region-specific movies, films, documentaries, and TV shows. Therefore, people prefer using VPNs to bypass these restrictions. Almost 40% of Netflix users use a VPN to view certain content.

However, once Netflix detects the use of a VPN, you will only be shown content that is available in your region.

7. Netflix is accessible in over 190 countries

Netflix is one of the most popular streaming platforms, with accessibility in over 190 countries. The countries it isn’t highly supported are North Korea, Syria, China, and others places.

Netflix continues to grow in different aspects, even though the decrease may have been caused by a reduction in remote working.

9. The median age of Netflix’s core subscription is between 35 and 44 years

In 2015, most Netflix subscribers were youth between 18 – 34 years. However, as of now, generation X and millennials form the bigger percentage.

Surprisingly, even subscribers between 34 and 65 are on the increase.

It is estimated that 52% of Netflix subscribers are female, and 48% are male. This accounts for all age groups.

As of 2021, Netflix’s revenue had reached $30 billion. This was an increase from $1.67 billion back in 2009. Each year, there is an increase in the revenue that Netflix gets. This shows how the platform is doing so well.

12. The US and Canada are one of the largest contributors to Netflix.

By April 2022, the US and Canada accounted for $3.3 million of the total Netflix revenue. This shows how much users in the area prefer using Netflix as their streaming service rather than cable TV.

13. It is estimated that Netflix will have a penetration rate of 62% in North America by 2025.

It is estimated that Netflix will have a penetration rate of about 62% by 2025. This shows how people are willingly embracing the streaming platform in the US and other countries of the world.

From June to August 2021, Netflix produced 129 original films, shows, movies, and documentaries. This shows the potential that Netflix has in ensuring the platform’s growth. Netflix spent about 17 billion on content in 2021.

15. 82% of people prefer streaming online rather than watching cable TV

Most people who love streaming online prefer it to watching normal cable TV. However, there is still some percentage of people who consider cable TV more entertaining.

However, its revenue from DVD rental service seems to be stagnant with no significant increase.

As of 2021, it is estimated that Netflix has spent about $17 billion on content. This is a drastic increase from the previous years.

18. Netflix is one of the most popular streaming services

Netflix is one of the most popular streaming services in the US. It is followed closely by YouTube, Hulu, Prime Video, Disney+ and other streaming sites. Netflix also has over 3600 movies and 1800 TV shows.

19. 41% of Netflix users watch without paying

20. In 2021, it is estimated that Netflix used about $2.2 billion on research and development

As of 2021, it is estimated that Netflix spent about $2.2 billion on research and development. Netflix tends to use the money to research how to improve the platform and provide better shows. 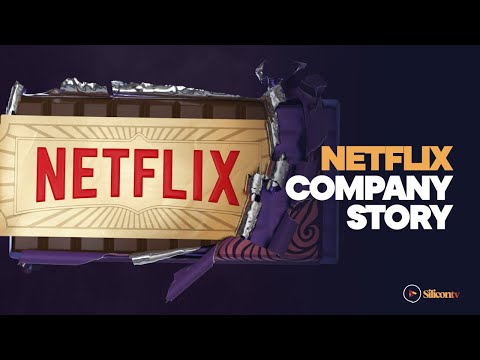 21. Netflix struggled during its early years

As much as Netflix seems successful, it struggled during its early years. During the Series A funding round, Netflix just got about $2 million; however, during its Series E funding, it earned about $50 million.

Even during the struggling years, Netflix incorporated more technology than its competitors.

22. Netflix was among the first among its competitors to be available on the app.

Among its competitors, Netflix was among the first streaming services available on the app. Netflix moved from just being accessible in web browsers to also being able to be streamed on Xbox 360, PS3, and smart TVs.

It was then available on mobile devices and other gaming platforms.

23. Netflix has played a huge part in the increase in streaming

The increase in streaming has led to some streaming wars. This can be associated with Netflix due to its dominance and production of original films.

Many Netflix users start using the platform immediately. This shows how much people invest in watching films, movies, series, and documentaries once they create an account.

26. As of 2019, it is estimated that Netflix users spent about 164 million hours per day watching.

According to findings, it was found that Netflix users worldwide spent around 164 million hours per day watching. This shows how enticing Netflix shows are.

According to a May 2020 survey, it was seen that more than 55 % of Netflix subscribers were willing to pay more for the service. This was an increase from 47% in 2019.

27. Netflix had paid around $300 million to stream Disney’s content

Before the release of Disney +, it is estimated that Netflix had paid around $300 million to stream Disney content. Disney in return used the revenue to build its service. In Disney, people can easily stream marvel and Disney movies.

Additionally, it is estimated that Netflix’s personalized recommendation engine is worth more than $1 billion per year. Many Netflix users prefer to watch based on the recommendations offered by the algorithm.

After the release of Tiger King, more than 34 million viewers tuned in to watch it. Its popularity mainly happened due to social media. Many memes appeared that built the curiosity to watch the film.

30. Red Notice is one of the most-watched Netflix mobile

Netflix Worth And Maintenance Statistics

As of October 2022, it is estimated that Netflix is worth over $105 billion. This shows a rapid increase from the previous years. However, this is a decrease from 6 months earlier when its market cap was at $160 million.

It is estimated that Slovakia has the largest Netflix library. As of October 2022, it had over 7,990 titles. Pakistan also offers the best Netflix deal which is Liechtenstein’s Netflix library being one of the least cost-effective.

It is estimated that Netflix pays some comedians like Chris Rock and Dave Chapelle to produce stand-up performances to draw in subscribers.

Netflix offers content in over 60 languages. In 2017, the company massively outsourced people to cater to translation needs.

36. Netflix’s subscribers have at least 6 shows they watch in common

It is estimated that all Netflix subscribers have at least 6 shows they watch in common. This is great showing how much Netflix users have similar interests which is a unifying factor.

38. Netflix’s subscribers pay about $11.56 monthly for the service.

The company used to spend around $48 to acquire new customers. However, nowadays, people join Netflix willingly without any issues.

Netflix is one of the best platforms that you can use to stream movies, series, documentaries, and TV shows effortlessly. You won’t have to think about how you will utilize your free time. Netflix is readily available for use.

You simply need to choose the right subscription and start watching on your preferred device. Netflix is anticipated to continue growing rapidly.