Roblox is a gaming platform that has gained popularity over time. It has over 9.5 million creators and developers who have created over 40 million video games on Roblox.

Navi.
Impressive Key Statistics
Roblox User statistics
1. Roblox has over 202 million users
2. Roblox gets about 50 million users daily.
Roblox Invention Statistics
3. Roblox was founded by David Baszucki and Erick Cassel in 2004 but officially in 2006.
4. Roblox has a more restrictive version of its game on Xbox One.
5. The founder Baszucki sees Roblox as a stepping stone to the Metaverse.
Roblox Revenue Statistics
6. Roblox generated a revenue of $1.9 billion in 2021.
7. As of 2021, Roblox developers got a pay-out of $525 million.
8. Roblox makes money through in-purchases, subscription fees, and charged commissions.
9. It is estimated that Roblox is worth $56.40 billion.
Roblox Usage Statistics
10. The most visited place in Roblox is Adopt Me.
11. Roblox had been downloaded more than 383 million times on mobile phones
12. Roblox has over 40 million games
13. Roblox has had over 9.73 billion hours of user engagement
14. Most of the Roblox user sessions are on mobile devices.
Roblox Demographics Statistics
15. As estimated, the US and Canada have the highest number of Roblox users.
16. It is estimated that 67% of Roblox users are under 16 years
17. The gender distribution between the male and females is at 51% and 44% respectively.
Roblox developer statistics
18. The creators give the Roblox platform 30% as commission from their sales.
19. Roblox has over 9.5 million developers which is an increase from 2017.
20. Roblox is a combination of a gaming platform with strong community and social elements
Use Roblox To Play Your Favorite Games

Roblox is one of the biggest apps in the world and has been around since 2006. Even though it started growing rapidly in 2010. Over 50 million people play Roblox daily which is an increase from the previous years.

On Roblox, you can play millions of games and get new experiences. Not only can you play games, but also attend concerts, attend award shows, and visit the Roblox Mall. What more could you ask for?

Roblox allows you to play multiple games, interact with your friends, and just have fun. Additionally, it allows users to program games through Roblox Studio and play games by other users.

On Roblox, you can also make in-game purchases available through the virtual currency called Robux. 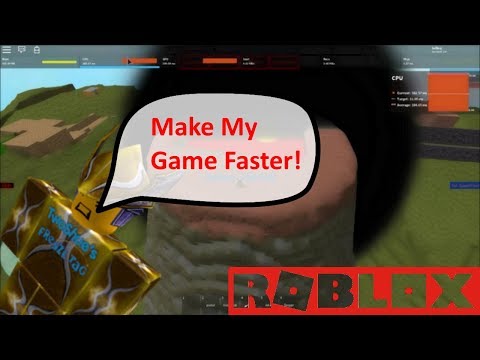 According to Roblox statistics in 2022, it has had over 436 million downloads. Many people joined Roblox in 2020. It increased to up to 119 million users and even reached 199 million users.

As of 2022, there have been more than 202 million users on the platform. Roblox’s user data is as follows:

2. Roblox gets about 50 million users daily.

Thereby, it is expected that in 2022, the users will scale up.

3. Roblox was founded by David Baszucki and Erick Cassel in 2004 but officially in 2006.

The platform was first founded by David Baszucki and Erick Cassel in 2004 but officially in 2006. Both of them had experience in building 2D and 3D simulation physics. It was just basic at its launch.

However, with time, they gave people the right to do more on the platform. Developers were allowed to create their game modes and worlds.

Back in 2013, Roblox allowed creators to exchange its virtual currency (Robux). The founder David Baszucki is said to be worth $4 billion. Before Erick Cassel passing on in 2013, he was worth more than $20 million.

4. Roblox has a more restrictive version of its game on Xbox One.

Roblox continues to revolve with the launch of a virtual reality edition of the Oculus Rift and HTC Vive. Even though it’s been here for a long, it entered the mainstream just recently. Additionally, it has a restrictive version of Xbox One.

5. The founder Baszucki sees Roblox as a stepping stone to the Metaverse.

The metaverse is a way in which people will experience virtual worlds. This is through virtual reality and augmented reality.

Therefore, Baszucki is confident that Roblox being part of it, will change the whole virtual experience.

Metaverse is the future and is expected to integrate many brands and companies. People will be able to interact with each other through avatars in virtual worlds.

In 2021, it was reported that Roblox made a revenue of $1.9 billion which was a 107% increase from 2020. This was mainly because of Robux currency. The revenue over the years is as follows:

The Roblox developers play a key role in the growth of the video gaming platform. Therefore, their income keeps increasing with each passing day. The developers are the ones responsible for the purchasable items for in-game uses.

The developer’s payout is as follows from 2017:

Roblox is a lucrative platform that earns money through purchases of Robux by users, subscription fees, and commissions charged to developers in their transactions.

It mainly leverages the internal currency of Robux which can be earned and spent on the platform. Users can buy Robux through one-time purchases and subscriptions.

Roblox has grown over time and is one of the most valuable companies in the world. It is estimated that it is worth $56.40 billion.

At the start of 2021, it was about $35 billion which escalated to $56 billion in June. This show an increase in its value over time.

Even though it has had some downfalls and rises. It is among the most popular apps or platforms being used.

10. The most visited place in Roblox is Adopt Me.

“Adopt me” has been popular for over 2 years. It has gotten over 28.6 billion visits, followed closely by Brookhaven at 19.2 billion visits.

11. Roblox had been downloaded more than 383 million times on mobile phones

Roblox is available on the App Store and Play Store. Up to now, it has been downloaded over 383 million times which shows its adverse popularity.

As much as there are many users on Roblox, it equally has many games. Roblox has over 40 million games on the platform. However, the number fluctuates with time.

13. Roblox has had over 9.73 billion hours of user engagement

This shows how the platform is growing at a high rate. It is estimated that the daily active users use an average of 156 minutes which is 2.6 hours per day on the platform.

14. Most of the Roblox user sessions are on mobile devices.

It has been recorded that 73% of users use the platform on their mobile devices. The others who use desktops are at 25% and the rest access Roblox using consoles.

15. As estimated, the US and Canada have the highest number of Roblox users.

More than 28% of Roblox’s daily users are from the US and Canada. This equates to 12.1 million daily active users.

There is an equal number of daily active users in Europe as in North America. Many users also come from Asia.

According to statistics, it is estimated that more than 67% of users are under 16 years. Only 14% of the users are above 25 years. Therefore, this shows that the bigger percentage is the younger generation.

17. The gender distribution between the male and females is at 51% and 44% respectively.

It is estimated that there is a fair distribution of the male and female Roblox users currently at 51% and 44% respectively.

This is a clear sign that both are active on the platform. The remaining 5% is unknown.

18. The creators give the Roblox platform 30% as commission from their sales.

The creators and developers then earn Robux through selling access to games or upgrades, engagement pay-out, sale of content, sales of content, tools by developers, and selling items to users in the marketplace.

The developers get 70% of the game purchases while Roblox gets the remaining 30%.

In 2016, the number of Roblox developers was just 634,000 which increased with time. At the moment, there are over 9.5 million active developers on the platform. This means there are more in-game purchases.

20. Roblox is a combination of a gaming platform with strong community and social elements

Roblox is both a gaming platform with a strong community and social elements. Not only do players go to play games, but also interact with other players. It is an appealing platform that the younger generation likes using.

Use Roblox To Play Your Favorite Games

There are over 40 million games on Roblox which assure you of getting a game that you can play. Therefore, you get a chance to use your creativity and thinking skills to get the most from the game.

Roblox continues growing with each passing day making it one of the best in the world. You wouldn’t want to miss out. So, what are you waiting for?