Who is the Strongest Demon Slayer? Top 10 rank 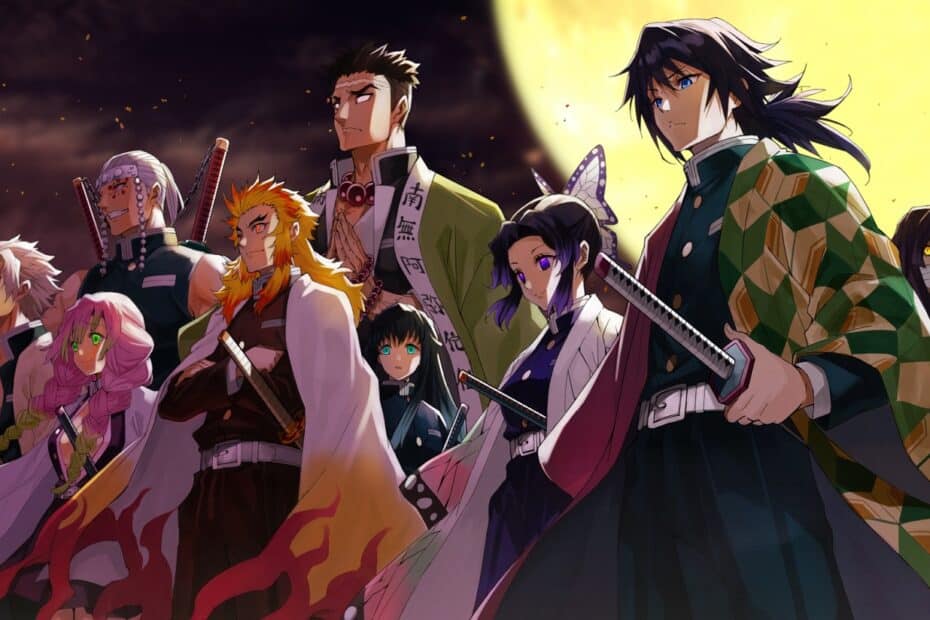 Demon slayer is one of the finest anime to date, with remarkable animation and arcs. Since you have already watched the anime, you may need to know who the strongest demon slayer is for analysis. 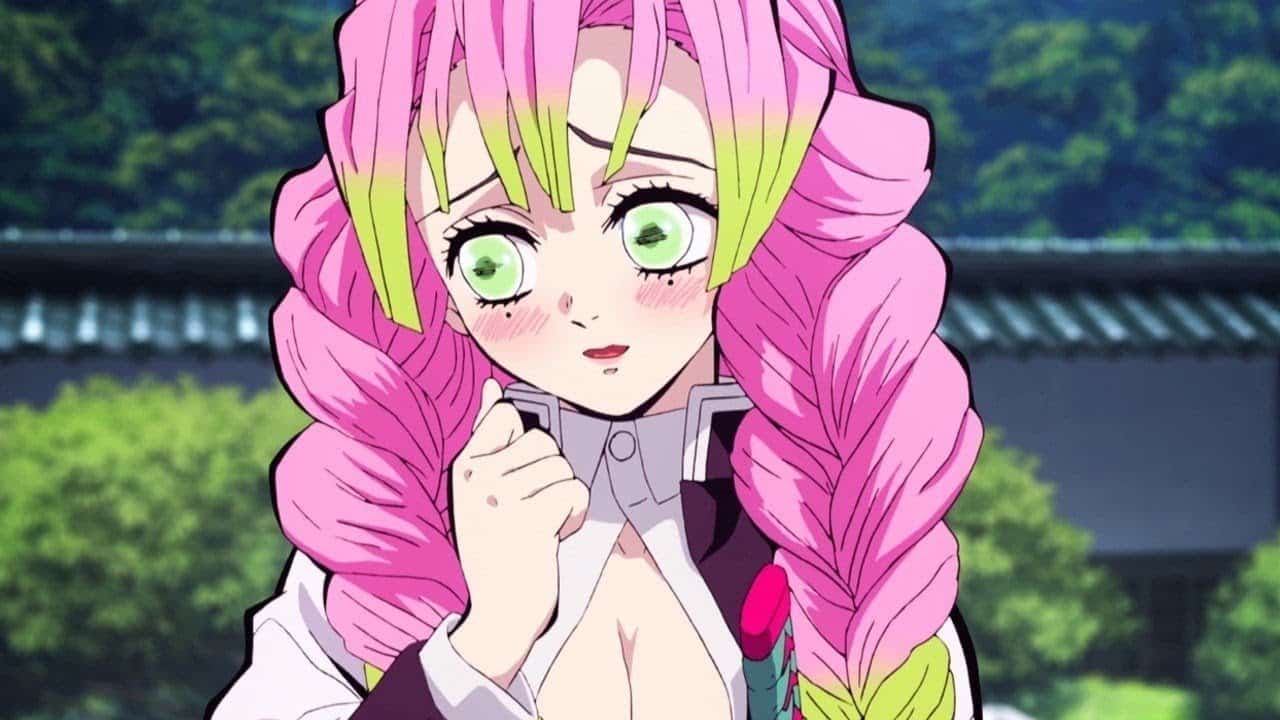 Although she has a cute appearance, she is a mighty female warrior with a muscle density eight times that of an ordinary person. Her nichirin blades are as soft as a whip and have a very high attack speed. Additionally, her prowess speaks volumes about her inlaid character.

For instance, Mitsuri Kanroji is known for having sequential slash attacks and blending them with swift dashes. The most wondrous thing about Mitsuri Kanroji is her sixth form: cat-legged winds of love attack that enables her to create a whirling wind that deflects the incoming attacks. 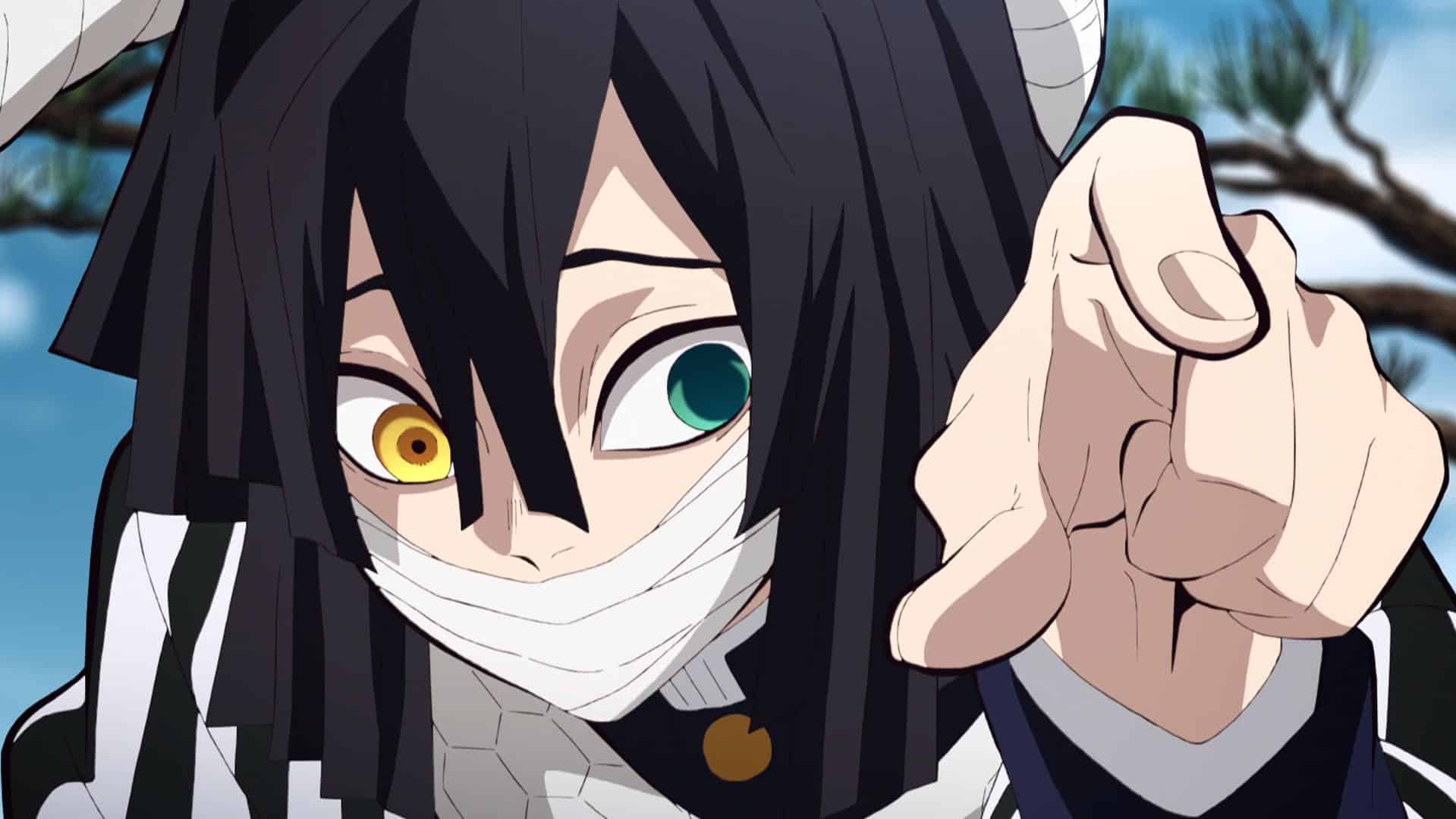 He possesses super-accurate swordsmanship, can swing his sword in long and narrow places as it resembles a slithering snake. It’s a good analogy since Obanai’s sword has an edge-cutting shape that can instantly impale through anything. Obanai’s first form is a winding serpent slash that releases circular slashes that take the enemies off-guard.

His appearance is that of a samurai, or perhaps a ninja; his attacks are hideous and nasty. For example, Coil choke and twin-headed reptile. His forms are pretty instantaneous, leaving no room for the opponent to go for a run. Last but not least, Obanai uses his bending sword to unleash successive attacks at an incredible speed that can decapitate multiple enemies at once. 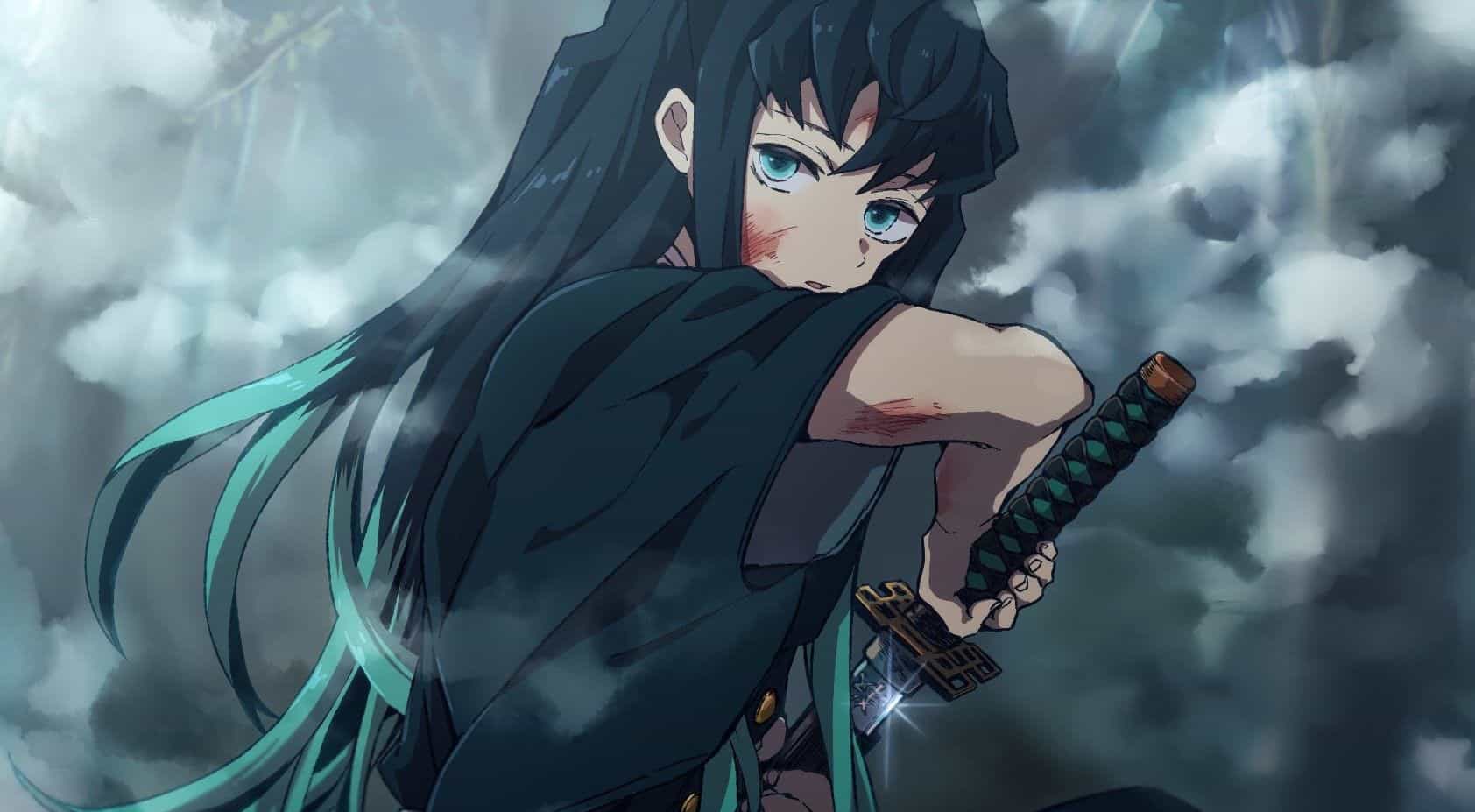 Yoriichi Tsugikuni’s twin brother, with highly high talents, later obtained the nichirin blades used by his ancestors in the sword village. In the final Infinite castle battle, he played against Kokushibo of Upper Moon 1 with wind hashira and stone hashira. To spice things up, Muichiro Tokito defeated Gyokko from Upper Moon 5 after successfully getting the demon slayer mask.

His young age didn’t turn out to be an obstacle to his endeavors, and he could maneuver enough strength to be who he is at the moment. He’s pretty similar to Tanjiro in terms of skillset as he wielded Crimson Nichirin blade as well. The best part about Muichiro is his 7th form, where he disorients his enemies with an invocation of a mist-like fog. 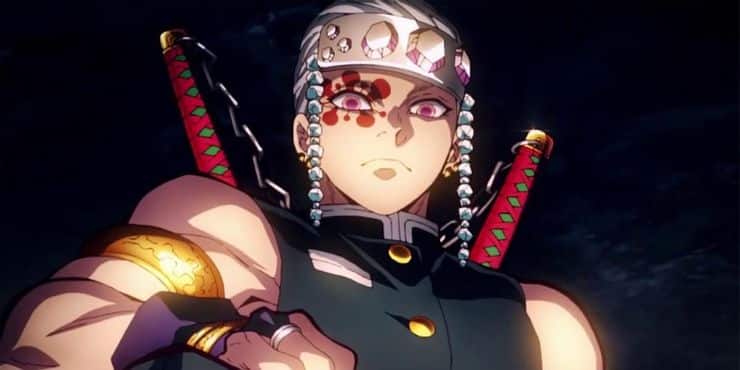 In the manga, he teamed up with Agatsuma Zenitsu to defeat the brothers and sisters in Upper Moon 6, and fortunately, they lost an arm in the end. This event highly speaks of how competent and strongest demon slayer Tengen is.

Due to some miscommunication, he became the sound pillar and now excels in the sound hashira. Technically speaking, Tengen uses a wonderful breathing technique (breathing of sound), setting him apart from the mediocre demon slayers. Since he’s muscular and young, the sound hashira suits him well. 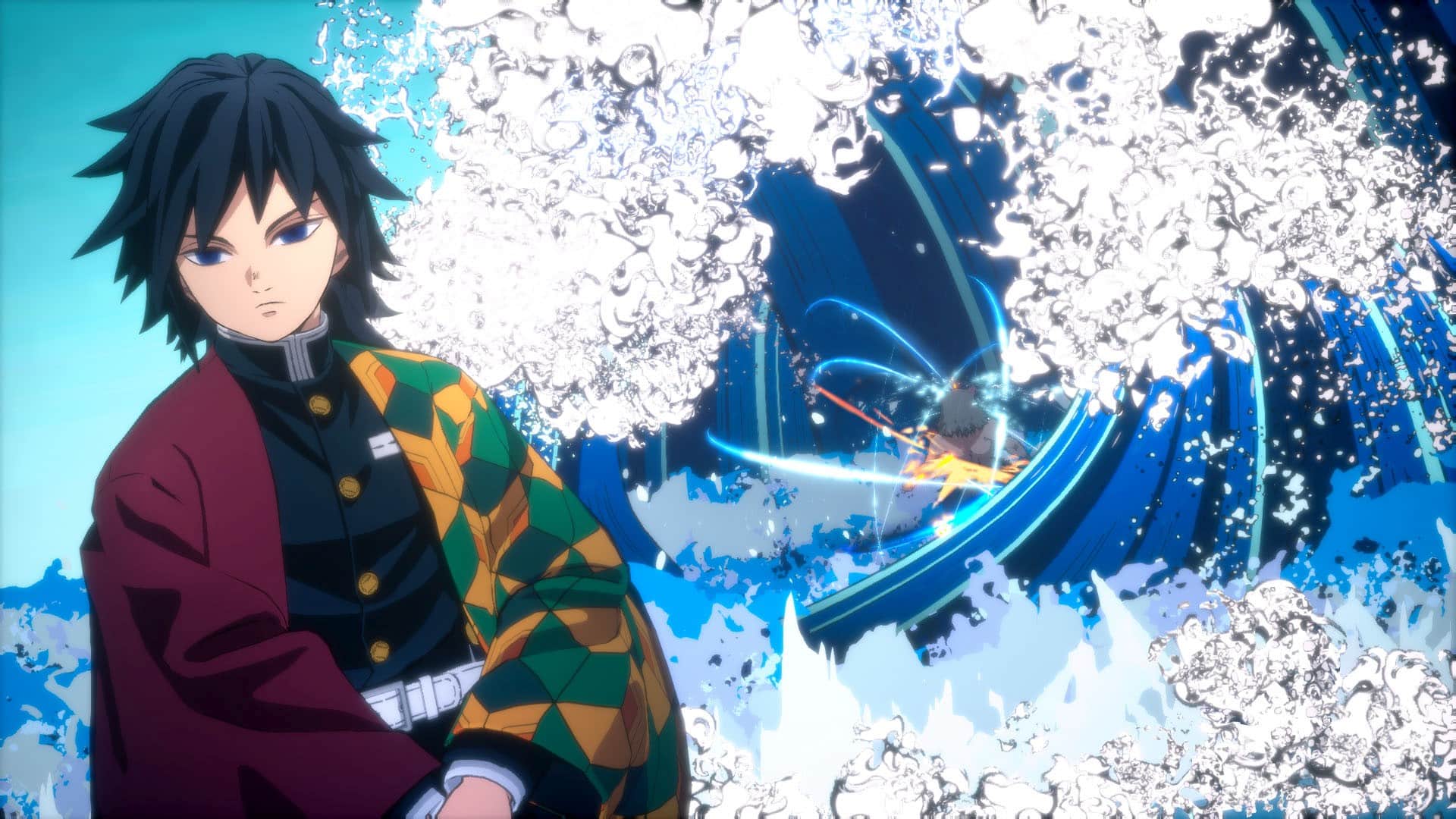 He and Tanjiro are brothers. In the animation, he used the water breathing 11 – Dead Calm to block all the lower moon 5 rui and easily defeated him with only one knife. Since Giyu is the dweller of water hashira, he excels in the breath of water style.

No surprise why Giyu was easily able to defeat the father spider demon single-handedly. What’s surprising is that even his enemies (Akaza from the upper moon) confess openly that Tomioka has a special skill set that sets him apart from the ordinary demon slayers. 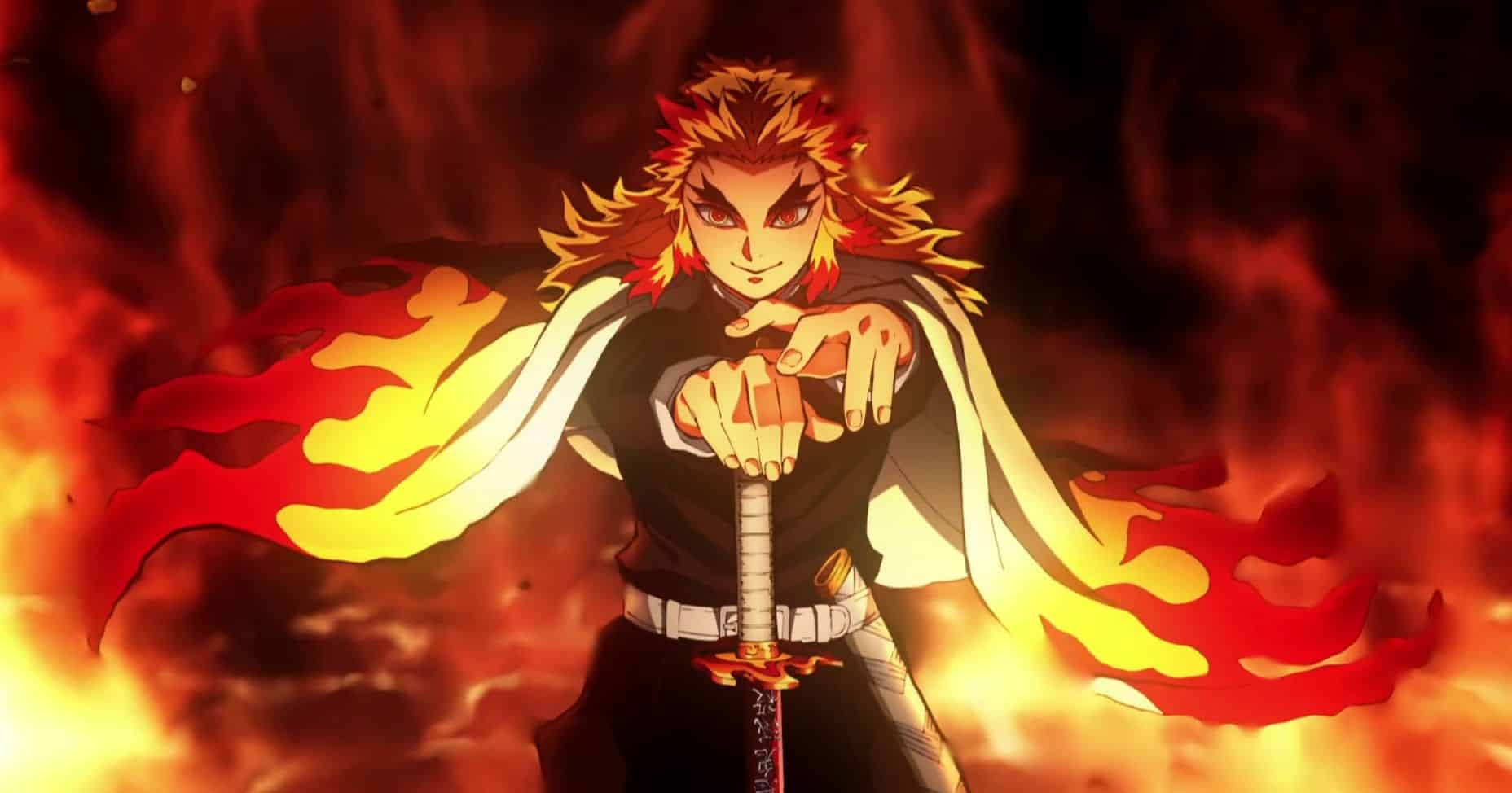 In the movie version, fighting alone with lord akaza lasted until dawn and finally forced akaza to break his arms and escape, which shows how powerful fire hashira is. At the same time, he could protect around 200 passengers on the train without breaking a sweat.

This tells a lot about the character of kyojuro rengoku. Not to mention, he’s known for his two rarest forms: Flame Tiger and Rengoku. The former one invokes on-spree slashes in the form of a flame tiger. The latter one is a dashing slash executed from above that can dissect anyone in two halves. 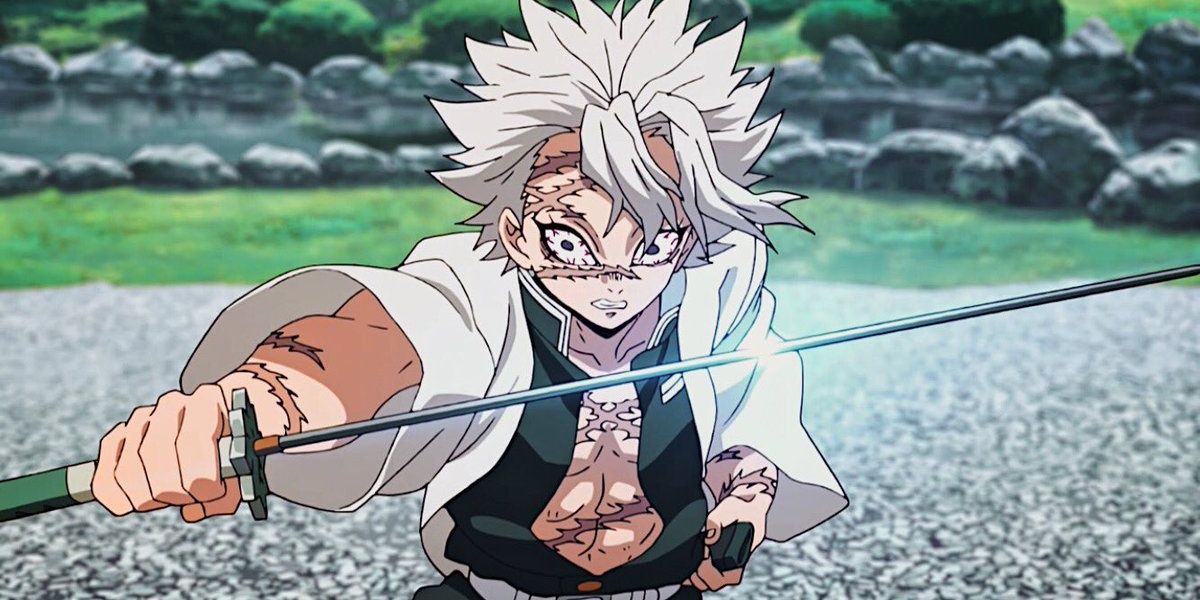 Sanemi is quite capricious when it comes to controlling his temper. No wonder why wind breathing style technique suits him the best. It has been seen that even Kokushibo glorified Sanemi’s swordsmanship, which means that Wind hashira is one of its kind.

Apart from this, he possesses abilities like total concentration breathing, tactical tricks, and Marechi, an intoxicating fume released from his blood that can induce an apathy torpor state on the demons. He also put up a remarkable fight against the Upper Moon 1. 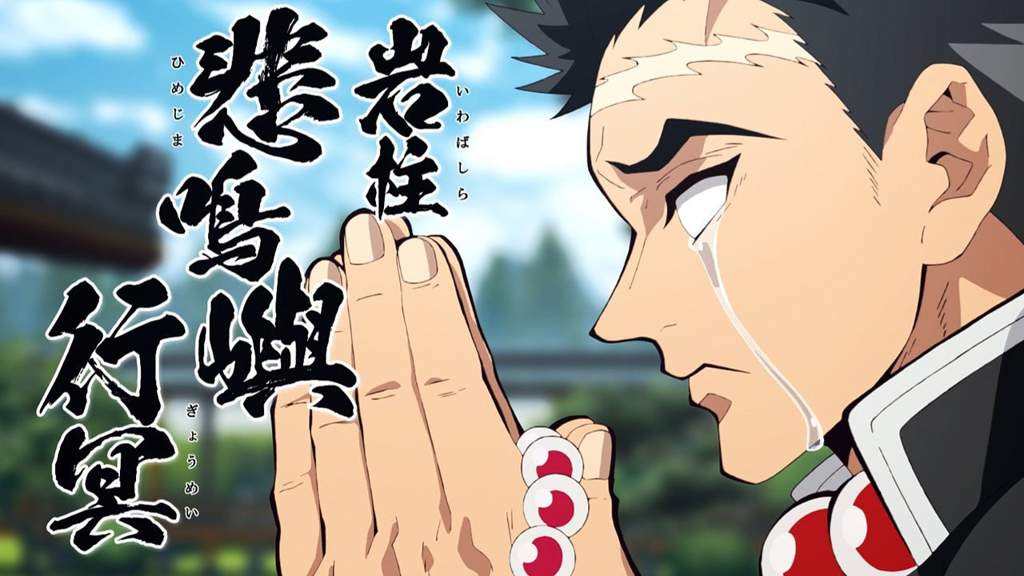 Gyomei himejima is one of the acclaimed and superior hashiras in the manga and the series because of his exceptional total concentration technique. To put things into perspective, he could access the transparent world, which a few demon slayers can only do.

Apart from this, Gyomei can easily interpret inaudible sounds because of his outstanding sense of hearing. What makes Gyomei stand out is his Arcs of Justice form, which instantiates a series of axe blows and iron ball barrage. 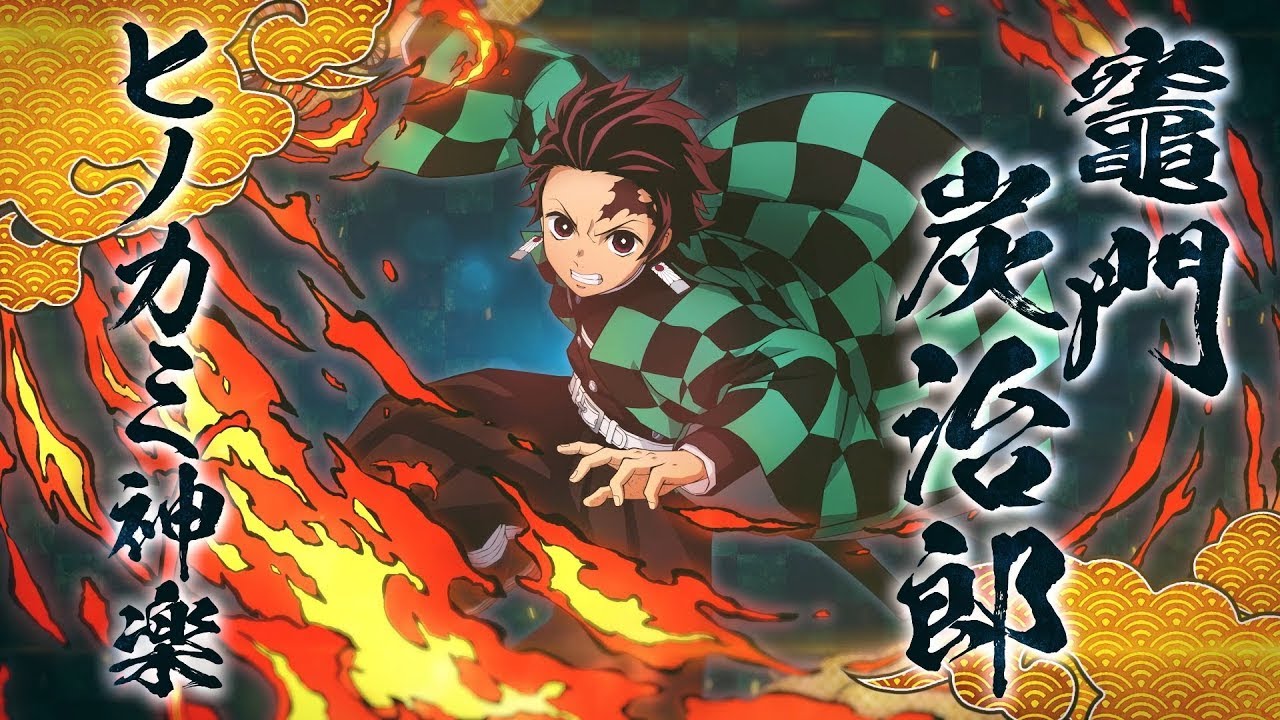 The manga protagonist was also the one who mastered Sun Breathing in the final battle and finally defeated muzan guilelessly. It’s no doubt that Kamado stole the stage when he exhibited his profound abilities when fighting with Akaza from the upper moon.

Simultaneously, when he perfected the sun breathing technique, his abilities were brought a notch in time retention, ultimately making him versatile and competitive. He also has access to the crimson blade. 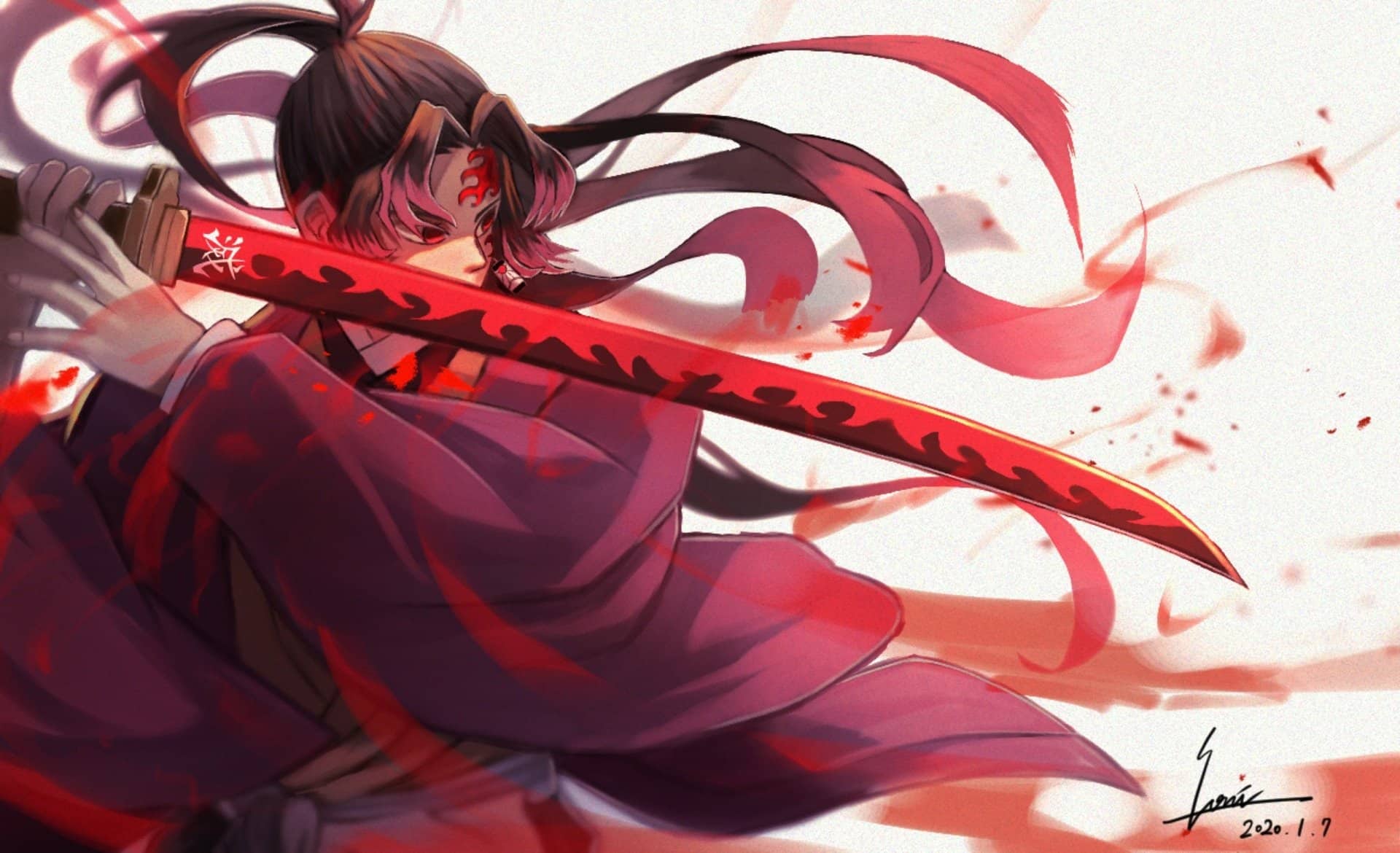 The founder of Sun Breathing, the most robust character in the entire comic, after fighting Muzan, still frightened him for hundreds of years. Even at the age of eighty, he still maintained his peak combat effectiveness and easily defeated his demon Brother-Kokushibo.

He’s the only demon slayer with the pass to access the transparent world since his birth, ultimately making him the most gifted demon slayer in the entire series and manga. On top of that, Yoriichi Tsugikuni is also the first person to turn his Nichirin blade/sword into a bright red tint. This, in turn, can accelerate his fighting style, giving him an edge over the demons.