10 Best League of Legends Players as of Now

LOL is now 10 years old. Which team or player have you most influenced? We’ve selected the 10 best players so far. 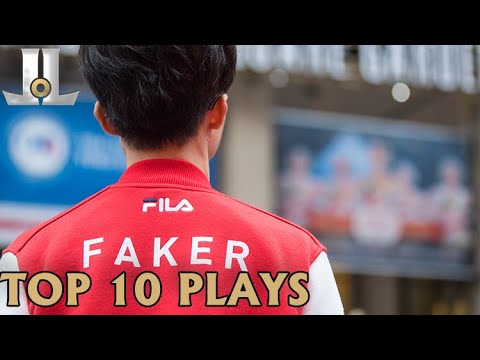 The greatest LoL player of all time. Faker has accomplished more than any LoL player in the world, his career started in 2013 where he won his first Global Championship for his team SKT. He later was able to claim two more World titles alongside many tournament victories in Korea.

Earned the nickname “Devil King” and a part ownership of T1, became the most popular LoL player in the world for his inhuman performance and his side steps, outplaying his enemies by not allowing them to hit him at all.  Everyone sought to grasp the eminence of Faker but none was able to come close. 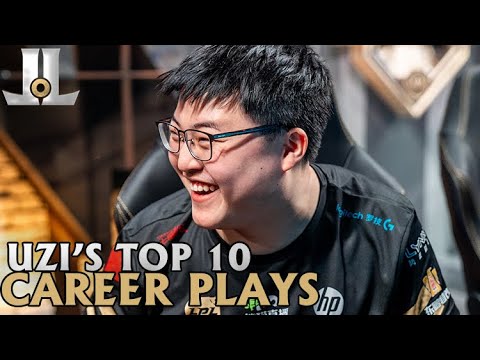 The most outstanding AD Carry of all time. Uzi’s glorious career days were spent with team Royal Club as he got them close to winning the World Championship twice in 2013 and 2014, becoming one of the world’s best players to never earn a World title.

Nonetheless, Uzi had plenty of success during his career, he had won LoL 2018 Mid-Season Invitational including other titles as 2018 Asian Games MVP. His insane carrying potential and unmatched mechanics made him the center of success for his team and their win condition. 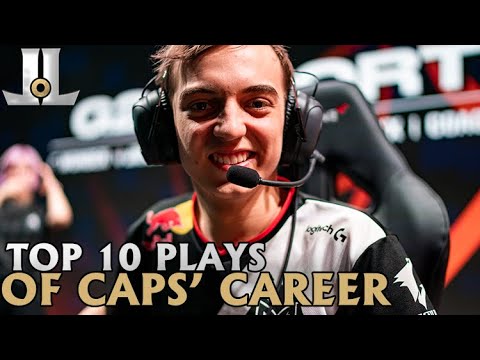 One of the most adaptable and flexible mid laner of all time. Caps started to get the attention he deserved after joining Fnatic in 2016, winning them multiple titles and shutting down G2’s dominance in 2018. The rivalry between G2 and Fnatic never faded and it became stronger after Caps left his team for G2 Esports.

However, he was able to carry both teams to the World Championship Finals in 2018 and 2019 and became known as “The king of weird picks” for his Off-Meta picks. His style of play made his team stronger than before and allowed them to compete against the top players. 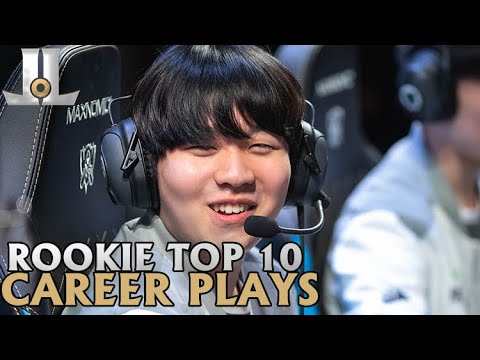 Originally inspired to be a singer, the young player Rookie was one of the best up-coming-talents in LoL Esports, signing a contract with KT roster in 2013 he stood as a rival to Faker, the best player of all time. In 2014, Rookie joined IG and started playing in the LPL, although he didn’t find much success at the beginning of the roster his performance remained prominent and outstanding.

The super-talented Rookie finally became a World Champion in 2018 claiming victory for IG which came out as the first chinese team to win a World title and emerge Rookie as the greatest mid laner in the world. 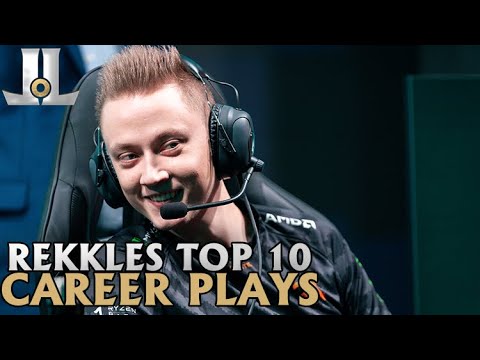 After joining Fnatic and starting his professional career on stage, Rekkles immediately made his presence felt to rival other great players as the premier hyper carry of the entire League. He had mainly carried Fnatic with perfectly executed plays, allowing his mediocre team to remain relevant in the Esport.

With the help of Caps, he was able to defeat G2 Esport and make it to the Worlds Finals in 2018. Later he left Fnatic and joined G2 Esport to reunite with his old teammate Caps. Rekkles had won many titles and was named Eu LCS MVP four times. 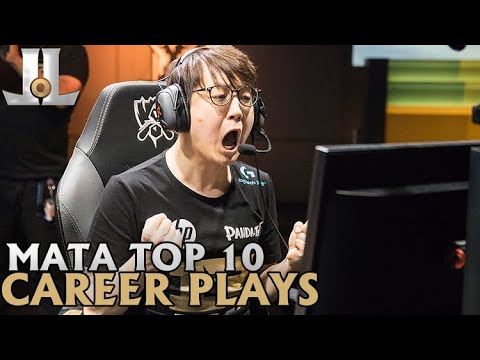 Similar to Faker, Mata debuted as a professional LoL player in 2013 for team Samsung White, and while support players don’t seem to get the appropriate amount of credit they deserve, Mata has definitely compelled the whole world to recognise his presence.

In 2014 Mata both won LoL World Championship and MVP of the tournament, becoming the first and only support player to ever have that honor in Worlds. His aggressive play style and perfect engagement on his opponents completely changed how players view this role and it no longer became underrated. 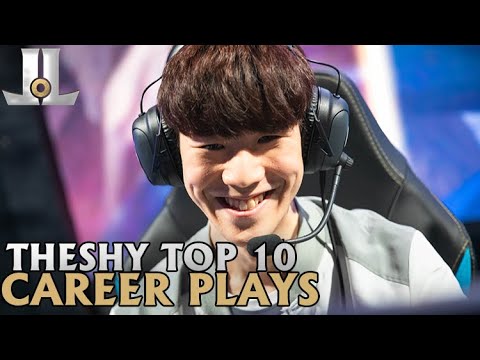 One of the most dominant solo laners in the history of the game. Even before he started playing on stage, TheShy was a solo queue superstar and was famous for his Riven plays, pushing her in the meta like no other before and acquiring a special combo called “TheShy Combo”.

Years later, he joined IG, one of China’s oldest and most invested organisations, and became one of the most respected top laners in the world. In the 2018 World Championship, TheShy carried his team with Rookie and won them their first World title. 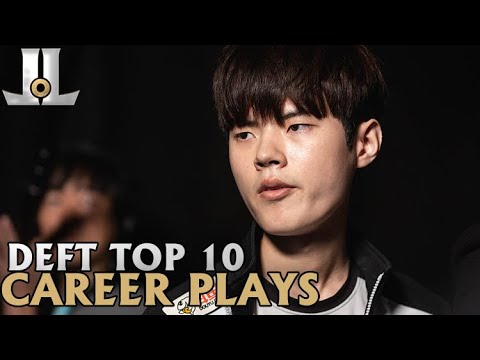 The only player to reach 1000 kills in two different regions. Deft’s career as a professional LoL player started in 2013 when he was picked by MVP Blue. He is one of the most consistent and iconic AD carries in the history of the game. Although he wasn’t able to claim any world title, the outplays he had put on the international stage will forever be engraved as one of the best of all time.

He achieved multiple LPL titles alongside three Penta kills in tournaments. His bold method of engaging in as an ADC created a lot of flashy plays, but that is to be expected coming from a clutch player. 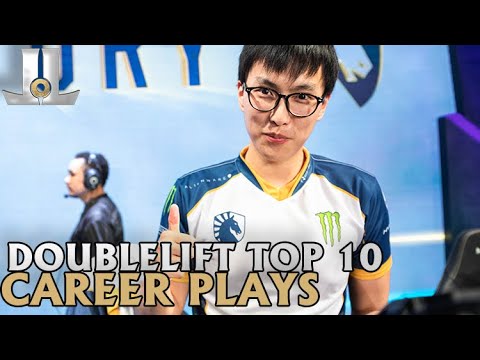 One of the best if not the best LoL player In North America. Doublelift started his professional career in 2011 and debuted with LCG. He earned his first domestic title in 2015 and then continued his winning streak in the LCS to earn eight more titles. Although Doublelift is mechanically gifted, his region lacked international competition compared to Korea and China.

Nonetheless, his aggressive style of play had always been marvelous to watch and his champion pool was picked to match with his preferences. Outside his career, Doublelift found success in being a steamer and entertainer. 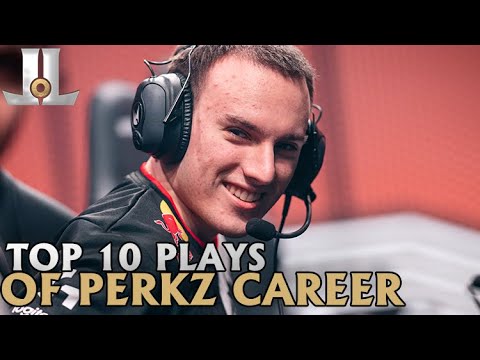 The only player that remained superlative while playing multiple roles, Perkz achieved various titles and won many tournaments, becoming one of the best multi-role players of all time. His performance remained consistent through his career and was regarded with great leadership by his teammates.

With G2 Esports, he played as a mid laner until Caps joined the team, switching to ADC and had a runner-up at the World Championship 2019. Later he moved to Cloud 9 in North America, where he earned his first LCS domestic title. Perkz became famous for his insane reaction during pro plays.