Ranking All the Best Malphite Skins in LOL

Are you having trouble finding the best Malphite skin? We have listed the best Malphite skins to choose from. In League of Legends, Malphite is fun to play with. However, his looks and visuals are not that thrilling. Luckily for players, to make the game more exciting, they can take advantage of Malphite’s skins to give him a new character model and new features.

Malphite is considered the oldest League of Legends champion with a wealth of skins. Malphite is not a good-looking champion, but you can transform him from the ancient rock look to a captivating one with more additions with exciting skins. You’ll have many skins to choose from, with materials ranging from marble, ice, metal to coral.

Are you asking yourself which skin makes Malphite look better? Let’s explore some of the best LoL Malphite Skins that you can dress your champion when playing with him. 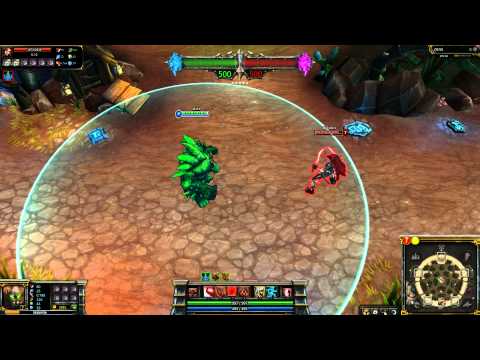 As the oldest Malphite skin, it gives Malphite a green hue over his body which is better than the normal white color. Even though the skin has no new animations or sounds, it has a new particle for the seismic shard. The Seismic shard matches the shamrock decoration on his chest. Shamrock Malphite gives him more than just a simple look.

You’ll enjoy watching the broccoli fall off as the shield gets destroyed. However, the changes are limited with this skin but give old Malphite a color change. Choosing this skin shows that you play the game to have fun, which most players do. It is a cheaper alternative to transform the old white Malphite. 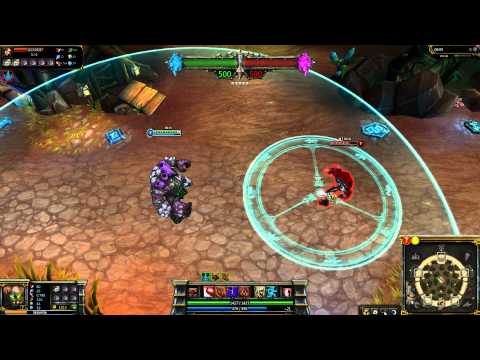 With this skin, Malphite is covered in coral and sea moss. The skin also gives him a stunning purplish effect but does not add new animations or effects. The eye-catching background of Malphite being underwater but still walking over pools of water makes it more thrilling. It also has a new splash sound when Malphite slams the ground and new particles for his abilities.

The Coral Reef Malphite is a consistent and straightforward skin. Not only is the sea theme exciting, but the in-game model holds up well enough. Even though the skin is available at a low cost, it does not offer too much. 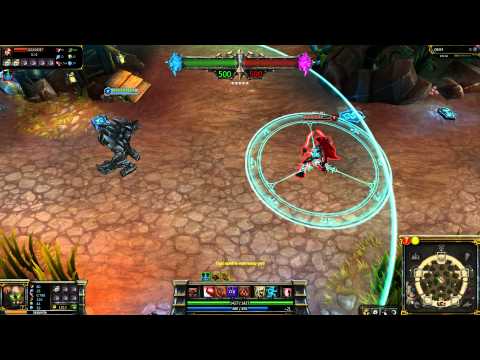 No matter how simple this skin might seem, it is brilliantly executed. It gives Malphite an amazing lava-laced look and a brilliant background. The sulphuric vapors, lava furrowed ground and falling molten rocks give it a fascinating theme.

Malphite has a hard black outer layer complemented with some red hot innards. However, the skin has no additional animations or effects, but the splash art is amazing. When Malphite’s passive is broken, it exposes the inner molten stone, which cools and turns black.

That skin also makes it possible for Malphite to burn his enemies with the molten energy inside severely. Obsidian Malphite redefines the champion’s model by giving it more than a color change. It does not add too much but provides the theme with more than obvious. 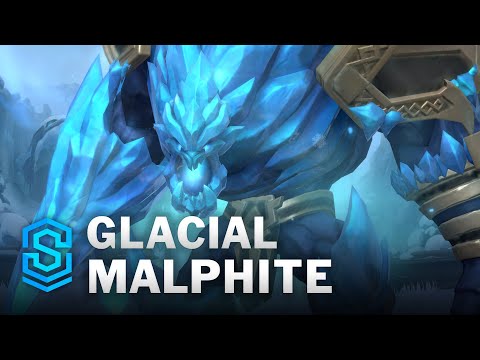 Glacial Malphite has a cool and fascinating design that makes it among the fans’ favorite skin. Malphite is a giant block of ice with new sounds, stunning particles, and animations. The shards on his body are well designed to showcase Malphite’s low temperatures. His body also has armor over the less firm parts, reflective ice shards on his back, and one of the arms is an ice spike.

When the Brutal Strikes are active, he leaves a trail of freezing air. In addition to that, you’ll enjoy the new icy sounds and attacking enemies with a seeking ice spike projectile. The Glacial Malphite skin spectacularly achieves the ice theme. Even though its price is quite high, the skin is worth it. 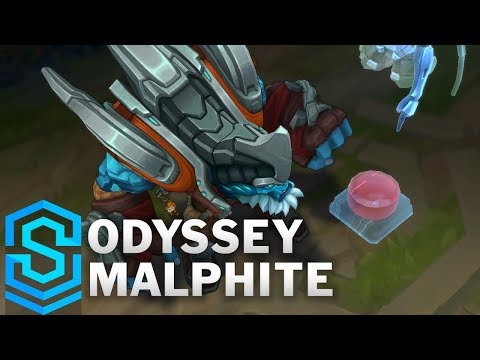 The Odyssey Malphite Skin portrays Malphite as a space-faring alien by taking advantage of his unique physique. With this skin, you’ll find new animations, sounds, and particles for his abilities.

His granite shield has an additional armor that matches his shoulders jacket, making him a powerful but friendly alien. His face is loaded with an expression, something that other skins lack. Even though he is an alien, his human hands, blue skin, and white beard make him look more fascinating.

When the shield is up, this skin is even more thrilling, in addition to the W animation making brass knuckles. Odyssey Malphite transforms Malphite from a boring champion to a new interesting character with backing animation, making the skin feel alive. 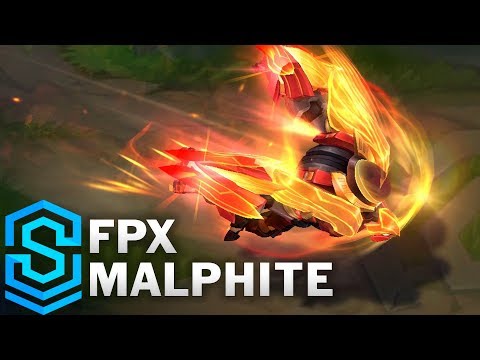 The FPX Malphite skin will blow your mind. Its red and yellow color theme gives it a molten rock look better than the Obsidian one. It has exciting effects, animations, and sound. The recall animation is fascinating, but the ultimate effect is much better. When Malphite ults, the FPX logo shows up in the smashed area.

In addition to that, all of Malphite’s abilities were recolored to portray a fierier theme. The backing animation makes this skin more exciting. With Malphite dancing and cheering noises in the background makes victory feels realistic.

Let alone the dramatic pose at the end of it all. The FPX Malphite sin is just on another level, not only giving your character greater visuals but also a thrilling gaming experience. 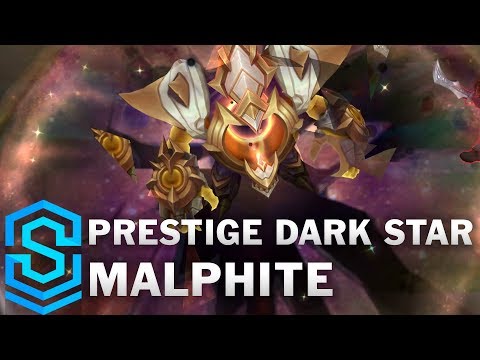 This skin gives Malphite a complete reimaging from the ground up. The prestige edition provides the Dark with Star skin a more prestigious look with more gold. This skin has more gold in the core part instead of the basic swirling and blue energy. The gold color also runs and glows through his arms.

This skin has great texture, visuals, a new voice-over, and sounds. The recall animation makes this skin stand out since it is considered the best. Malphite moves through space, demolish enemies and consumes their remains into his twisted form. 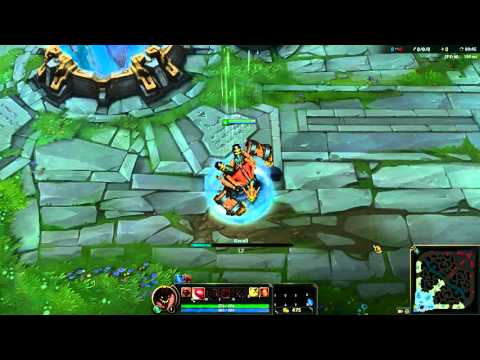 If you want to play with a ship-like Malphite, choose the Ironside Malphite skin. Malphite will be a complete walking ship with a ship’s wheel, cannons, and sails with this skin.

This skin has new features, particles, animations, and sounds. With the Ironside Malphite skin, he fires ships with his Seismic Shard and attacks the enemies while his hands are on fire.

In addition to that, the new recall animation allows him to fire cannons from his back. Looking like a walking ship, Malphite can charge into his enemies and knock them up. He also sounds like wood when he is hit. 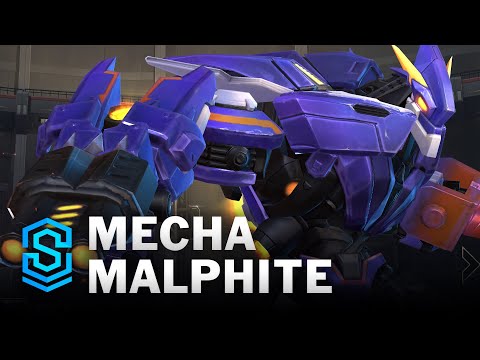 This is considered the best Malphite skin. In this skin, Malphite looks like a blue war robot with new animations, particles, and art giving it a futuristic look. Just like Transformers or Pacific Rim.

The animations in this skin are thrilling, from Malphite turning into a massive three-headed drill to red hot hands when his Brutal Strikes ability is activated.

Malphite can launch off and fly around using a rocket on his back. You’ll also enjoy the new sound effects for his abilities and realistic damages when the shield is on cool down. Generally, this skin portrays Malphite as a deadly war machine. 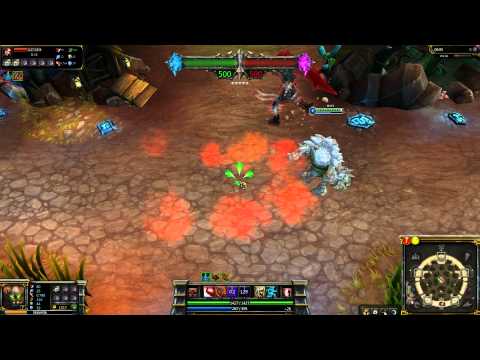 With this skin, Malphite is made up of disjointed marble stones. The Marble Malphite is simple, making it less exciting than the other skins. With a cloudy sky behind, the background is plain and uninteresting.

Even though it has a simple design, its in-game looks are great, and it is available at a lower price. There are no new animations or sounds, but has new particles for the Seismic Shard.

You’ll consider the Marble Malphite skin nothing other than a rock painted white with no memorable features.

However, if you love simplicity, the Marble Malphite is an alternative to the Shamrock Malphite.