If you are a gamer, you probably know of Twitch. It is a live streaming gaming and broadcasting platform. Revenue on the platform is gained through advertisements, sales, affiliates, and partners.

Navi.
10 Impressive Twitch Statistics
Twitch Time Usage Statistics
1. 71 million hours of content is watched daily by Twitch fans.
2. During the pandemic in 2020, Twitch users spent about 18.6 billion hours streaming video content.
3. The most watched video has a whopping 6.5 million views.
4. According to statistics, daily active Twitch users spend about 95 minutes watching live gaming.
5. The most popular day for Twitch users is Sunday.
6. In January 2021, there were 88.7 million hours streamed on Twitch.
Twitch User Statistics
7. Twitch gets over 30 million visits each day.
8. Over 9 million users stream content monthly.
9. Twitch records about 140 million unique visitors per month.
10. In 2020, 57 billion chat messages were sent.
Twitch Demographics Statistics.
11. Twitch has more male users than female users.
12. Gamers are very sociable as compared to non-gamers.
13. Ninja has more than 17 million followers.
14. The most popular Twitch female streamer is Pokimane, with 8.9 million followers.
15. 73% of Twitch users are younger than 35.
16. Most of the Twitch users come from the United States
17. The most popular game on Twitch is League of Legends
Twitch Partnership Statistics
18. Twitch records to have a high partnership rate
19. 78% of users thrive in sponsorship
20. Twitch got about 40,000 partners in 2020
Twitch Revenue Statistics
21. Twitch earns revenue through ads, subscriptions, Bit sales, and Twitch Turbo
22. Twitch is approximated to be worth more than $3.79 billion.
23. The average salary for Twitch employees is $124,380
24. The Amazon Prime users get Twitch Prime too
Twitch Streaming Statistics
25. In 2020, there were more than 200K concurrent channel streams.
26. As of 2022, there are over 2.46 concurrent viewers
27. “Just Chatting” is among the most popular categories on Twitch.
28. There is an approximately 7.5 million active streamers.
Twitch Popularity Statistics
29. Twitch has an amazing Alexa ranking of 37
30. Spanish channels are the second most popular ones after English.
31. It is estimated that 35% of views are from mobile phones
Watch The Best Video Game Live Streaming.

Twitch is an American video streaming service focusing on video game streaming, broadcasts, and creative content. It is one of the best live streaming platforms around. In 2013, the platform had approximately 45 million unique viewers, and by 2014, it was the 4th most significant source of internet traffic.

If kids love video games, they might also opt to use Twitch. The platform has a wide variety of viewing options.  Additionally, it offers a fun and social way to watch people as they play games. People can either use the Twitch app or Twitch.tv while online.

It was launched in 2011 and has grown to be the largest live streaming platform. The platform allows anyone to stream, but skilled players get the most audiences. You can use Twitch even if you are not playing a game. Additionally, Twitch tends to get over 30 million daily active users. 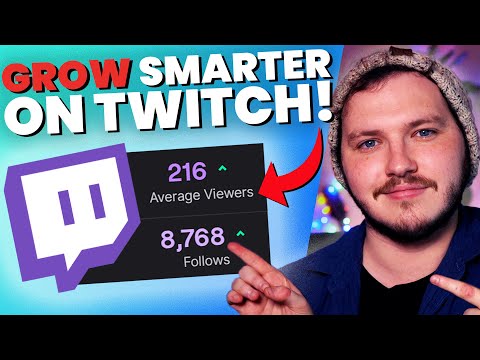 1. 71 million hours of content is watched daily by Twitch fans.

Twitch is one of the best video game live streaming platforms. It is not just for video games but also other kinds of content. It is an excellent platform for content creators and mobile creators.

An average user watches at least 95 minutes of video per session.

2. During the pandemic in 2020, Twitch users spent about 18.6 billion hours streaming video content.

Since its invention in 2011, Twitch has continued to grow over time. In 2020, there were 18.6 billion hours of streamed video content.

It even reached 36 billion, which shows the popularity of the platform.

3. The most watched video has a whopping 6.5 million views.

One of the most watched videos has a whopping 6.5 million views. That’s amazing based on the fact that Twitch gets more than 30 million daily active users.

This has paved the pace for other video streamers and gamers on the platform.

It is also known that half of the daily active users spend about 20 hours each week on the platform. Therefore, it is an excellent platform for advertisers.

5. The most popular day for Twitch users is Sunday.

Most Twitch viewers prefer to watch on Sunday than any other day. There usually are like 6% more viewers during the weekend than on weekdays. Most watch on Saturdays and Sundays.

Due to people’s schedules on weekdays, most prefer streaming during the weekends.

January 2021 marked a month when broadcasts were streamed for more than 88 million hours.

There was also an increase in April 2020 when the streaming hours increased by 37.4% compared to the previous month.

The streamers had like 27.7 views on average. The numbers have stayed static for a while.

7. Twitch gets over 30 million visits each day.

Twitch has continued to gain popularity. It gets over 30 million active users every day. Surprisingly, most of the users are gamers, while some are viewers.

The Twitch users mostly watch people playing their games and commentate on the same.

Live streamers help to increase viewership and interactions on the platform. More than 9 million content creators stream games each month. This was from a rise of 3.2 million in 2019.

Twitch gets over 140 million unique visitors per month. This shows that many users are willing to use the platform.

This consists of new and returning users who love the platform. It can be termed an addictive video game streaming platform.

During the pandemic in 2020, there were like 57 billion chat messages. Everyone who joins the stream can participate in the group chats, and the broadcaster can answer questions & reply to the comments on the screen in real-time.

Twitch records about 65 % male users on the platform. Out of the male users, 73% of them are under 35 years.

Twitch has captured the attention of many millennials and gen Z. They often use their phones. Therefore, as a partner or advertiser, you need to strategize on content that targets the young generation.

In 2019, 35% of Twitch users were female. This shows that a balance is slowly being reached.

12. Gamers are very sociable as compared to non-gamers.

This is because they improve their sociable, thinking, and creativity skills while gaming. Thereby thriving in the different sectors of life.

13. Ninja has more than 17 million followers.

The streamer Ninja has more than 17 million followers. In as much as Ninja left Twitch at some point, his profile remained open. All his previous followers remained and more joined.

That channel is followed closely by Tfue, Auronplay, Rubius, Shroud, and much more.

14. The most popular Twitch female streamer is Pokimane, with 8.9 million followers.

In as much as more users are male, women are also increasing on the platform. The most popular Twitch female profile has more than 8.9 million followers ranking her as the 9th most popular streamer on Twitch.

As time goes by, it is expected that female users will continue to increase on the platform.

There are many Twitch users on the platform. However, 73% of the users are younger than 35 years. This shows that the platform is popular among the younger generation.

3 out of 10 internet users between 16- 64 around the world have viewed a live gaming stream. This brings a new belief to the gaming industry.

The Twitch user data based on age is as follows:

16. Most of the Twitch users come from the United States

As per a recent study. The United States of America has 23.68% of Twitch users. It is followed closely by Germany, Russia, Canada, and Brazil.

17. The most popular game on Twitch is League of Legends

One of the most watched games on Twitch is League of Legends, followed by Fortnite, Counter-Strike: Global Offensive, Grand Theft Auto V, Dota 2, and much more.

18. Twitch records to have a high partnership rate

Since 2017, there has been an increase in Twitch’s partner program membership. Therefore, streamers and broadcasters can easily earn cash from advertisements from these partners.

Additionally, they can even express themselves through the merchandise available. It’s up to them to make the most of the platform.

Gaming is a large field, and most gamers feel that sponsorship is a deal for their favorite players.

Also, advertisers know how advertising helps to build their customer base. You even find some advertising platforms supporting individual Twitch channels and teams.

In 2020, Twitch managed to get about 40,000 partners. The partners continue to increase with each passing year.

During its inception back in 2011 and 2012, there were just 3400 partners. Therefore, there is hope for more partnerships.

The Twitch platforms earn revenue in different ways. This is through ads at the beginning of streaming in each channel – most of them are affiliated or for a partner. Twitch partners get revenue from ads, while affiliates split the revenue with Twitch.

Twitch also offers subscriptions. The platform earns about 50% of the revenue from subscription subscriptions. However, with partners, they take a smaller percentage. There are also Bit sales.

Bits are Twitch platform currency. Therefore, viewers use the bits to donate to streamers, while Twitch takes a small percentage,

There is also the twitch Turbo that allows viewers not to see ads while using the platform.

Twitch is approximately worth more than $3.79 billion. That number is said to increase over time. This is 4 times the price that it was purchased in 2014 at $970 million by Amazon.

Twitch has around 1800 employees. The average salary of the employees is about $124,380. Creators on Twitch earn through an affiliate, partner programs, and advertisements.

However, a cut is given to the Twitch platform. For affiliates, they need at least 50 followers and 500 total streaming minutes.

24. The Amazon Prime users get Twitch Prime too

Amazon Prime users also tend to get the Twitch Prime subscription. Amazon acquired Twitch in 2014, and this led to some changes.

The Amazon Prime users get the Twitch Prime membership as well. Surprisingly, the experience is different for unique users, but it is ad-free.

This was mainly factored in due to the pandemic of Covid-19. In 2021, there were like 100K live channel streams simultaneously.

27. “Just Chatting” is among the most popular categories on Twitch.

In as much as Twitch is well known as a live video streaming platform. One of its most popular categories is “just chatting”.

This is ironic to the fact that Twitch is well known for gaming. However, it is a diverse platform that different individuals can benefit from.  “Just chatting” reached 3 billion watch hours on Twitch.

28. There is an approximately 7.5 million active streamers.

At the end of 2021, it had reached 9.8 million, which then reduced to 7.5 million active streamers. The data is as follows:

29. Twitch has an amazing Alexa ranking of 37

Twitch is ranked number 37 in the Alexa ranking. Alexa tends to rank the most popular websites. Therefore, with such a rank, it is a big win.

If you consider the websites on the internet, that rank is high, showing their popularity. Twitch accounts for 70% of E-sports viewing. It beats all other live streaming platforms for broadcasts like YouTube.

30. Spanish channels are the second most popular ones after English.

Spanish channels seem to rank second after the English streaming channels. This means there is a lot of diversity when it comes to languages. There are actually over 11,000 Spanish language channels viewed by almost 390,000 viewers each week.

The channels also account for over 2.2% of all Twitch channels and receive 13.2% of views. The first is English, Spanish, German, Portuguese, French, etc.

31. It is estimated that 35% of views are from mobile phones

It is estimated that 35% of Twitch views come from mobile phones. This shows that most people prefer using Twitch from the comfort of their phones.

The Twitch app has over 100 million downloads on the Play Store.

Twitch is an online platform that allows gamers to stream and watch live streams or broadcasts. This makes it an excellent interaction platform. It also allows users to watch other people as they play video games in real-time.

Additionally, it also offers a partner program for people who would want to make money while broadcasting on the site. It is estimated that Twitch will have gotten sales of up to $256 billion by 2026. Enjoy the best video game live-streaming platform of all time.