The Mist Hashira Muichiro Tokito, is somewhat of a prodigy as he was able to become hashira just 2 months into his training as a Demon Slayer Corp. A user of the Mist Breathing style, he mastered the style to the extent of creating a brand-new technique.

Muichiro Tokito is a young man of 14 years with a short, delicate figure and a very light complexion with large, empty-looking mint-green eyes. He had straight, long black hair with mint-green tinted tips and wore it loose with two clumps protruding slightly from the sides of his head and two strands of hair framing his face, as well as unruly bangs that fell across his forehead.

While he wore a variation of the standard Demon Slayer Corps uniform, his were customized to fit his Mist Breathing style with longer and looser sleeves that looked similar to kimono and loose trousers with no bands tying them at the calves that gave him an overall loose appearance. His uniform had a slight turquoise tint, unlike the black worn by other members of the Demon Slayer Corps.

Muichiro, at first glance, is a seemingly unserious person who wanders off in thought and cannot focus on anything except his training. He can be a little selfish, focusing only on himself, and impassive, often choosing to act on logic instead of emotions.

He is mostly apathetic and indifferent towards the other Demon Slayers, albeit without hatred, which Tanjiro Kamado noticed. He is extremely serious about his role as the Mist Hashira of the Demon Slayers Corps.

He can sometimes be arrogant and cold, as seen when he violently shook Koketsu and called him stupid.

It is, however, revealed later that he adopted this behavior after he lost his memories following the death of his older twin, Yuichiro. His original personality was kind, generous, and optimistic, like that of his late father, and the new personality he exhibited was his late brother’s personality. 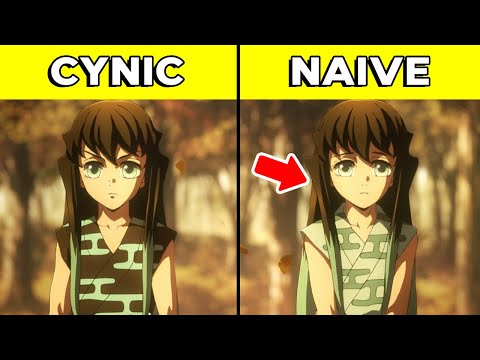 Muichiro and his twin brother Yuichiro were the only children of a woodcutter and his wife who tragically passed away on the same day- their mother from bronchitis and their father falling from a cliff while looking for herbs for his wife.

The deaths of their parents at the young age of 10 had a big impact on Yuichiro, who was angry at both their parents for dying like that and adopted a seemingly unkind personality, only focusing on the survival of him and his twin brother Muichiro. Muichiro, on the other hand, was his polar opposite and displayed a kind disposition like their father, balancing both brothers’ personality.

The twins were frequently visited by Amane Ubuyashiki, wife of the Demon Slayer Corps leader, Kagaya Ubuyashiki, who had tried to recruit them to the Demon Slayers Corps, while Muichiro was open to the idea of joining the Corps and fighting against demons, Yuichiro was not interested and berated his brother for wanting to risk his life.

Unfortunately, both brothers were attacked by a demon in their cabin one day. With the demon cut off Yuichiro’s hand while he was trying to protect his brother, seeing his brother lying almost dead unleashed Muichiro’s rage, and he was able to fight against the demon with things he had in his surroundings, eventually killing the demon who had withered by sunrise. He later came back to find his dying brother, who had been praying he survived and told him to live on before succumbing to his injury. Muichiro was also badly injured and would have likely died had it not been for the timely arrival of Amane, who treated his wounds.

After this event, he lost his memories and joined the Demon Slayers Corps and became something of a child prodigy by showing immense talent and skill for combat which was buoyed by an omnipresent rage that was suppressed, becoming hashira just 2 months into his Demon Slayer Corps training. He also ultimately adopted his brother’s personality.

He started to change after meeting Tanjiro Kamado and started regaining his memories, leading him to start behaving more maturely and also showing care for his fellow Demon Slayer Corps members. His reawakened kindness made his relationship with other members of the Corps better, and he was able to create happier memories with them.

He regained his memories during his battle with the Upper-Rank Five Demon Gyokko, and his rage at his brother’s death manifests in his Demon Slayer Mark. The latter is in the form of reddish mist-like markings all over his body, especially his face and arms. He could also dye his Nichirin sword bright red and access the Transparent World after awakening his Mark.

As a person who became Hashira just two months into his training, to say Muichiro was an excellent swordsman is an understatement. He could not just master the Mist Breathing style but also create a new technique that he used to defeat the demon Gyokko.

He is incredibly fast, having the ability to move past demons in bursts of speed which make it seem like he is teleporting, and can easily keep up with the movements of Upper-Rank Demons. 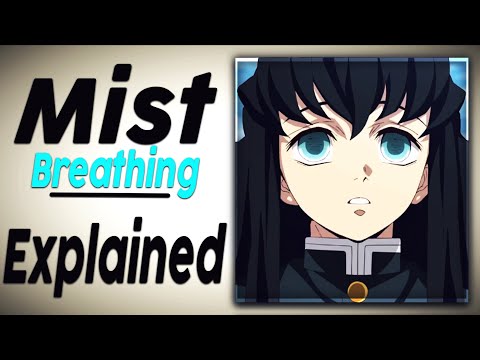 As his generation’s most skilled Mist Breathing user, Muichiro’s proficiency with the Breathing style is so proficient that he even created a new technique that helped him defeat Upper-Rank Five Demon Gyokko. His Mist Breathing also impressed the Upper-Rank Two Demon, Kokushibo, when he faced him in battle. His favored baggy clothing helped hide his arms and obscure his movements from enemies when using Mist Breathing, thus increasing the potency of the style.

His Mist Breathing techniques are:

Third Form: Scattering Mist Splash – With this technique, the user releases a powerful circular slash in front of them that can be used to blow away projectiles.

Fourth Form: Shifting Flow Slash – The user quickly unsheathes their sword and dashes towards their enemy at blinding speeds and delivers a quick slash from beneath them when using this technique.

Fifth Form: Sea of Clouds and Haze – The user dashes forward at high speed and unleashes a flurry of slashes that cover a wide area while obscuring their movements.

Sixth Form: Lunar Dispersing Mist – The user backflips into the air while upside down and delivers countless ranged slashes downwards, capable of decimating dozens of targets at once.

Seventh Form: Obscuring – The personal creation of Muichiro, this technique sees the user drastically change the tempo of their movement to confuse the enemy and seemingly takes on the form of clouds of mist enveloping a wide area. When the user shows themselves, their speed will appear extremely slow, but when they hide, the user moves in the blink of an eye.

The Mist Hashira was the youngest but was also one of the most skilled and the most proficient users of the Mist Breathing style amongst his peers.

His skill, speed, and endurance were so high that he could defeat Gyokko, one of the most powerful demons and one that had lived for centuries. He also impressed the Upper-Rank One Demon, Kokushibo, of whom he is a descendant.

While he had a tragic reason for joining the Demon Slayers Corps, he could regain his memories and return to the compassionate, kind young man that he was before losing his brother and have a close bond with Tanjiro Kamado.