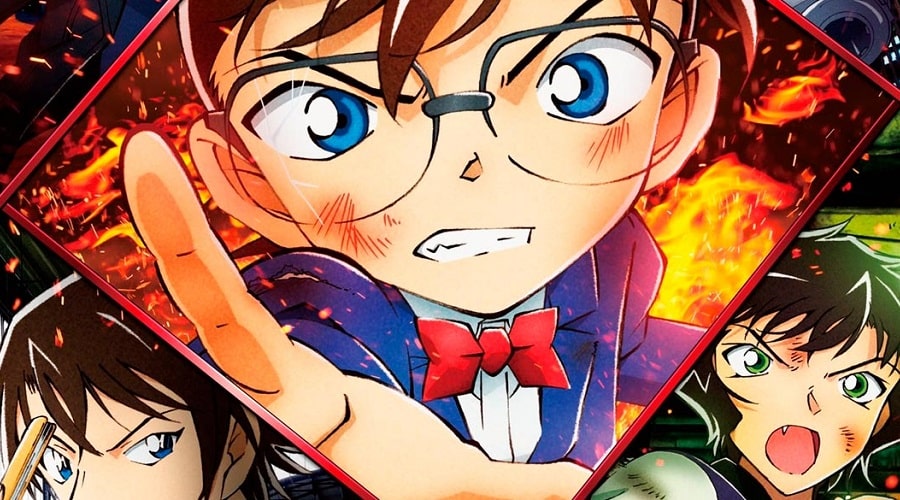 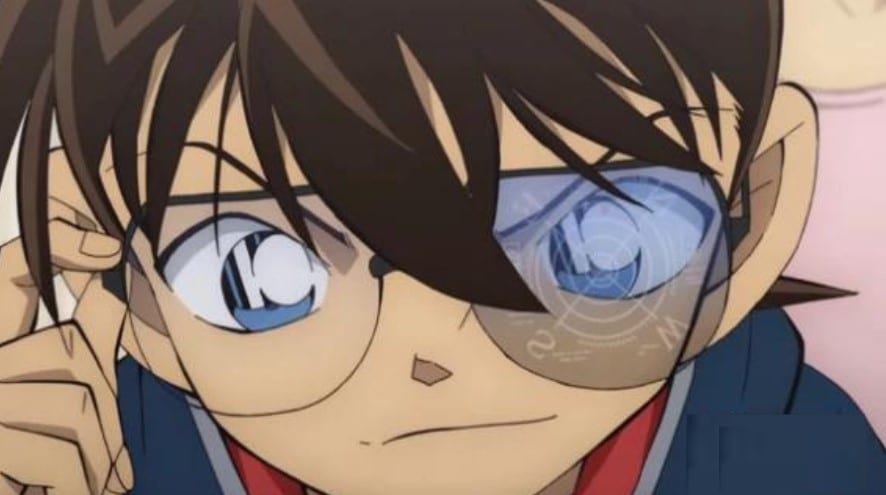 It can also locate the detective armband, but it often runs out of power at critical times. Some fans called it “Amy Yeager Tracker” because she was often kidnapped as a hostage. With the help of a bug on the spectacle frame, it can have a monitoring function, and of course, it can even be used as a telescope. 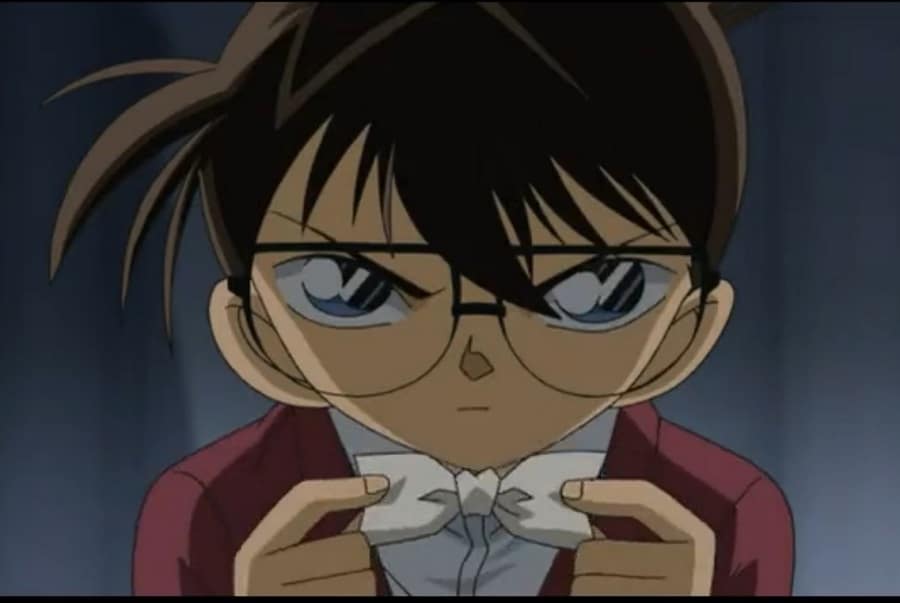 It’s a red bowtie that Conan uses when he is solving a crime. The voice-changing bowtie consists of 4 parts that are mostly hidden for obvious reasons, a voice control dial which controls the volume the bowtie produces, a microphone to input Conan’s voice, a tone control dial that lets Conan imitate other character’s voices and lastly a speaker to output the voice.

Conan mainly changes his voice to mimic Kogori Mouri, Ran’s father, as he hides behind him during investigations. However, there are other cases where we can see Conan using it to imitate other characters like Sonoko Suzuki, Juzo Megure, Heiji Hattori or even himself as Shinichi Kudo.

There are instances where Conan is using a white bowtie instead. The bowtie also has numbers of presets to store a certain frequency for a character to mimic, Conan has mentioned that Mouri’s voice is saved on preset number 59. 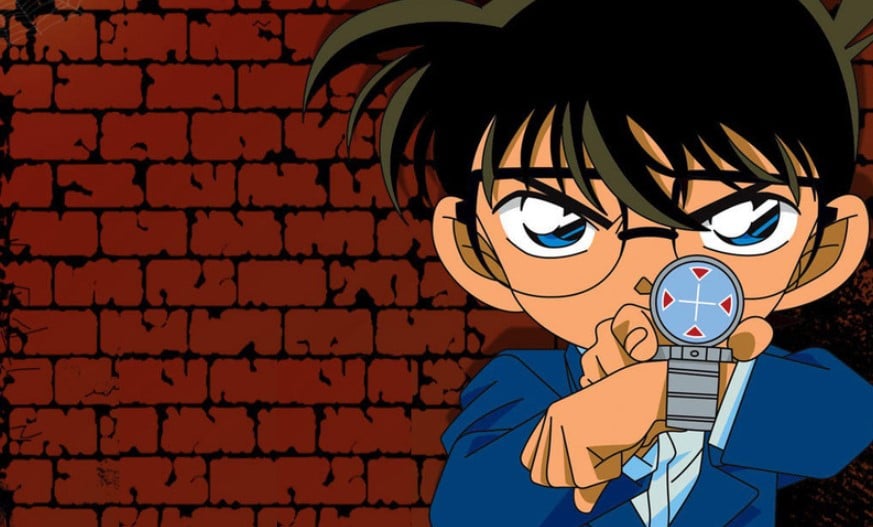 A commonly used invention, the stun-gun functionality is implemented inside a normal wrist watch. It is frequently used to put Mouri to sleep to solve a case. The stun-gun wristwatch consists of a targeting screen to help Conan aim more accurately, a switch to turn up the targeting screen and to shoot the dart, a stun needle launcher that stores one dart at a time, that’s why Conan must be very careful while using it.

Because Shinichi has shrunken into Conan, he can’t casually just solve crimes, instead he uses the Voice-Changing Bowtie and puts Mouri to sleep, giving him the credits. The Stun-Gun Wristwatch has been given upgrades by Professor Agasa, a flashlight function, a flash drive and a satellite-phone in the 17th movie. 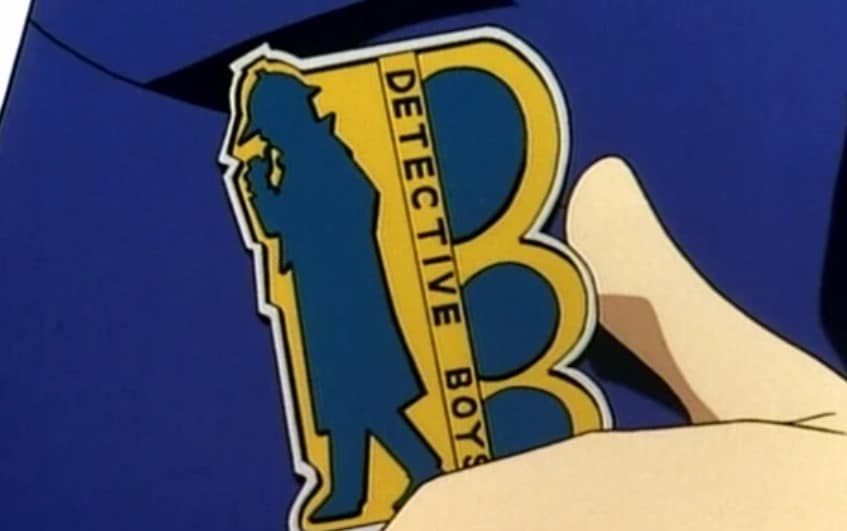 Used for the detective boys, the Detective boys badge works like a walkie-talkie, it allows them to communicate with each other from a distance, but they have to maintain a certain distance to be able to hear each other.

The Badge is shaped similar to the letter B, as it stands for Boys in their team name. We can also see “Detective Boys” written on the badge. Lastly, a signal can be given out and seen through Conan’s Criminal Tracking Glasses. 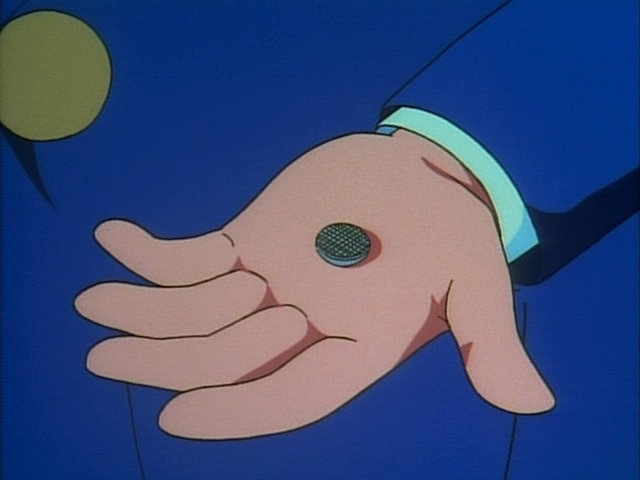 The Button Speaker is another gadget made by Professor Agasa, it appears in multiple instances where Conan hides it on Mouri’s clothes in order to transmit his voice that is coming through his Voice-Changing Bowtie into the speaker. It is mainly used when Conan is not in the same spot as Mouri’s. 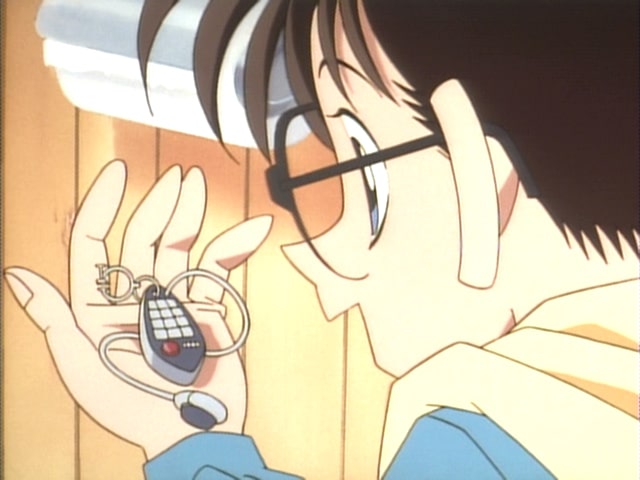 Suggesting by the name, Earring Cellphone is a cellphone worn on the ear and it can be carried around easily due to it’s small size. Conan has used it to call Professor Agasa once while trying to find the suspect who attacked Sonoko Suzuki.

Due to modern technology however, this gadget has not been used and was replaced with a normal mobile phone that Conan later owned. 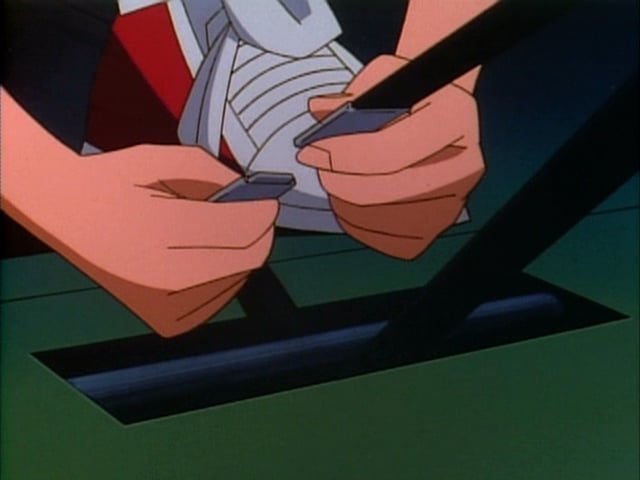 Because Shinichi has shrunk into Conan, his strength was lost and he can’t lift heavy objects in his child form. That’s why Conan used Professor Agasa’s Elasticity Suspenders, while it was originally made to tie up criminals, Conan has found a second use for it. He opened a heavy trap door that led to a basement while solving a crime. 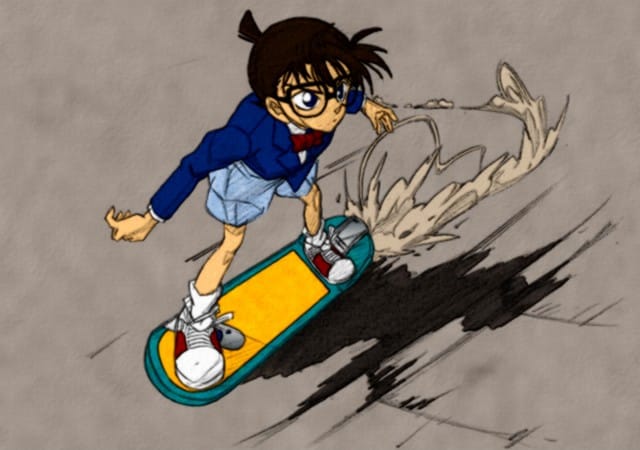 While it appears like a normal skateboard, it is actually an enhanced Skateboard made for Conan to go after criminals that can outrun, especially in cars. The skateboard has a solar panel that stores energy from the sun into a solar battery, the battery converts its energy to the solar motor engine that accelerates that skateboard, there is also a cooling fan to prevent the engine from overheating. 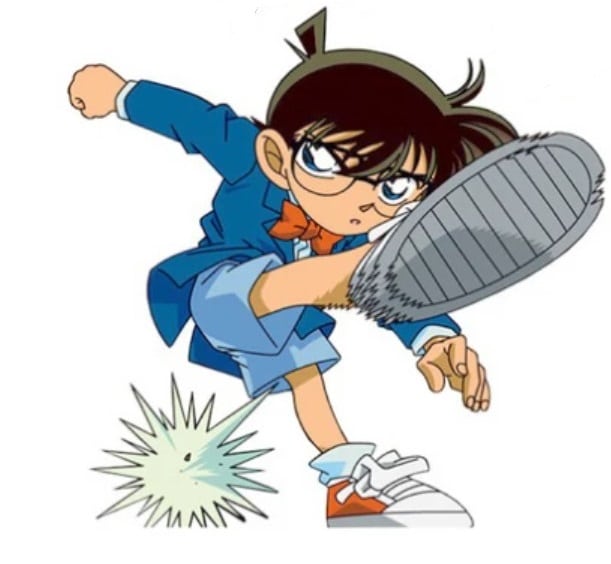 Professor Agasa has explained that these shoes use electricity and magnetic fields to stimulate Conan’s foot pressure point, powering up his muscle to the maximum limit. We can see Conan mainly using them to kick objects towards criminals, causing them to become helpless and unconscious on the ground.

To power it up, Conan bends down and rotates a knob to activate the electricity and magnetic fields. 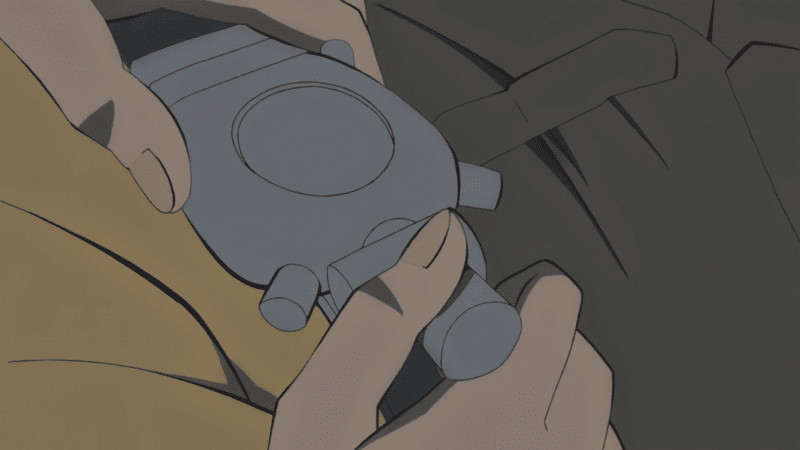 In order for Conan to consistently use his Power-Enhancing shoes he needs an object to kick. There were many instances where Conan couldn’t find anything around to kick, or desperately trying to kick a lettuce which ended up exploding from the kick.

The Anywhere Ball Dispensing Belt inflates a ball for Conan to kick and that can be done twice, however, the ball will deflate after 10 seconds and that puts Conan in more pressure and less time to act. With this gadget Conan doesn’t have to worry about having no objects to kick.

Agasa also invented other props for conan, such as Portable bento box fax, but because they are not used much, we will not describe them.