WeChat is a Chinese app primarily used in China for social messaging and networking. It is also used worldwide with over a billion users, but it has recently been banned in some countries like the USA, India, etc., claiming the app is not secure for their users as messages don’t have end-to-end encryption. If that is the case, then is WeChat safe for use? Why did the Chinese government ban the famous WhatsApp in China and create the WeChat app?

Navi.
What is WeChat?
What are the functions of WeChat?
Is WeChat safe?
Monitoring and Surveillance Within the App
Severe Data logging and third-party involvement
WeChat does not support end-to end-encryption
WeChat malware
How to protect your privacy in WeChat?
Secure instant messaging app recommendation
1. Telegram
2. Signal
3. Skype
FAQ
Q: Is WhatsApp safer than WeChat?
Q: Is WeChat monitored by the Chinese government?
Q: Which country uses WeChat most?
Conclusion

WeChat was launched in 2011 and became one of the most popular social media apps worldwide in 2018, with over 1 billion users actively connected through chats, calls, location sharing, video conferencing, and many other features in the app.

The application is available on Android and iOS mobile phones. WeChat doesn’t support windows phones but works in web-based windows that works when you have the app on your supported phone for authentication.

What are the functions of WeChat? 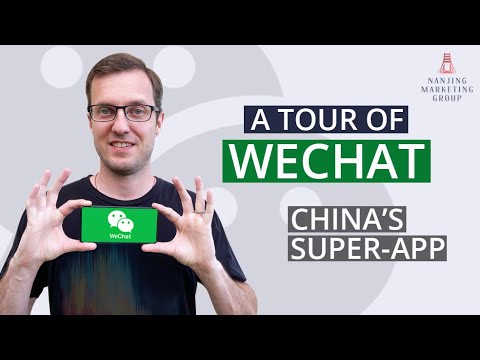 WeChat is now a popular messaging app used worldwide and has many active users daily.

However, the app has some others features designed for specific functions for only local users in Chinese, and the app has managed to add other new features since it was launched.

Check the features that you will get when installing the app.

WeChat has the best features for its local users compared to foreigners who only use the app as a messaging app. However, the app has some privacy risks since it has no end-to-end encryptions, as the message sent and received through the app are tracked, and third parties read every chat.

WeChat is a popular messaging and social network app with billions of users. It has a limitation when it comes to security risks. The app is under Chinese government Jurisdiction, where particular privacy concerns you need to be aware of.

The few privacy concern linked to the WeChat app is outlined below:

The Chinese government is heavily monitoring WeChat app texts that have put a government censorship policy where if someone speaks badly of the government via text messages is arrested and won’t be informed when the message will be censored.

Apart from the app being monitored by the Chinese government, the app developers record your information in the app as they log user data. This information is shared by third parties or shared with the government in case needed.

WeChat app messages are not end-to-end encrypted, as hackers find it easy to hack your chat messages. Since there is no encryption, information shared in your WeChat app is easily accessed by unauthorized personnel who read any messages sent. People with sensitive jobs, like journalists and whistleblowers, will be unsafe using the app as they risk their lives and careers.

Due to many countries blocking WeChat in their countries, like the USA, they believe the rumor that the app contains spyware that records users’ activities. It is believed the malware is running secretly in your device and interrupts the device setting that installs malicious apps without your consent.

To maintain privacy in your WeChat app, follow the suitable safety measures that can affirm your safest WeChat usage. The following measures are described below:

2. Limit app permission: limit the number of permissions asked by the app, use a few permissions required for the app to run, and decline unnecessary permission asked.

3. Log out every time: Once you are done using the WeChat account, make sure to log out as the app is logged in by default, and this is unsafe for your information to be accessed by anyone.

4. Use VPN: A VPN is a secure application to keep your information safe and private from being hacked by online hackers. Try to use iProVPN, which keeps you anonymous from hackers.

5. Use WeChat on a secure network: Public wifi is a no-go zone for vulnerable apps like WeChat since being hacked is easy. Use the app in a trusted, secure network to be safe.

Telegram is one of the best alternative apps that you can use since it focuses mainly on privacy. Telegram enables you to hide your number during calls and any information you want to keep private. Chats in telegram are encrypted and provide you with more security.

Signal is a multipurpose application with end-to-end encryption for instant messaging services that you can use to communicate anywhere in the world. With signal, you can send and receive confidential messages without worries about being monitored since it has advanced privacy-preserving technology that keeps you private.

Skype is an internet-based communication app that offers mobile devices free audio calls, video, and chats. This is a great app you can consider for instant messaging and connecting with people all over the world.

Q: Is WhatsApp safer than WeChat?

Yes. WhatsApp messages are end-to-end encrypted and cannot be viewed by WhatsApp or third parties compared to WeChat, the developer, third parties, and the Chinese government can access the message.

Q: Is WeChat monitored by the Chinese government?

Yes. China’s government monitors and surveillance for every WeChat user and reads chats, and arrest an individual who speaks ill of the Chinese government.

Q: Which country uses WeChat most?

China. It’s a popular application that millions of Chinese users use for communication and other services.

WeChat has failed to keep their client privacy and security as their top priority, just like other popular apps like WhatsApp, telegram, etc. Users in China love to use the app because of its many features but, at the same time, fear using it at some point because their messages are not end-to-end encryption as third parties and the Chinese government actively monitor and do real-time censorship. Some countries have banned it, such as USA, India, and others.

How to Connect PS4 to TV Without HDMI
[4 Ways] How to Plant Bamboo in Animal Crossing
How to Reset a Nintendo Switch Lite
The 10 Best Anivia Skins in League of Legends [All Ranked]
How to Cancel Twitch Subscription [PC & Mobile]
How to Install Google Chrome on Linux & Ubuntu 20.04.3
How to Tame a Wolf in Minecraft [Completed Guide]
How to Fix Roblox Error Code 529 [2023]