League of legends is a very popular action-packed video game. It was originally developed and published by Riot Games in 2009. The online game can accommodate multiple players in a virtual battle arena. In this article, we’ll focus on Hecarim skins. For new LoL gamers, Hecarim is a very renowned battle champion in one of the video game titles.

With video gaming gaining popularity worldwide and trends pointing to an even brighter future for the industry, League of Legends and other similar games are set to attract even more gamers.

Hecarim is a very popular battle champion in LoL. With many gamers seeking his skins to display their battle successes and skills, it’s straightforward to be overwhelmed.

In this article, we have put together some of the best Hecarim Skins in League of Legends to help you make an informed choice during purchase. Read on for the details…. 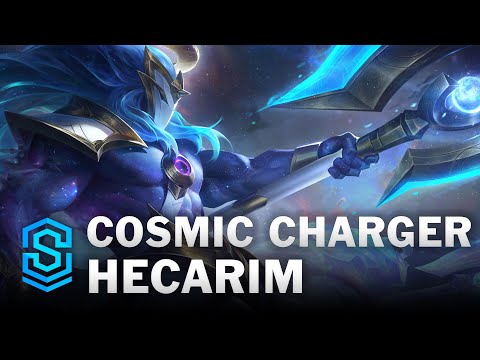 This is the best skin for you if you are into celestial themes. The skin blends in well with Hecarim’s natural color, and it gives the champion an attractive blue and gold color scheme. You can take advantage of the skin’s special effects, like the purple and blue trail with an accent star. Sound effects have also been updated, and you can enjoy the game with a space background noise that accentuates the fighting sound effect.

Even with the long list of excellent features, this skin comes with a few downsides. For instance, its texture appears to be too solid, unlike other cosmic entities in the game. Even so, it’s still a tremendous Hecarim skin for anyone who treasures quality and uniqueness in a skin. 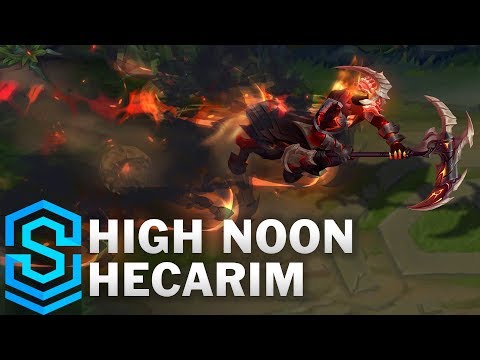 High noon Hecarim skin has a cool appearance that draws inspiration from demonology and the wild-wild west. The skin has a crisp and polished finish with a chiseled bone design, fiery armor, and fighting abilities. If those are features you’d love in the skin, this is undoubtedly your type.

The W ability incorporated into the skin’s design is something to be marveled at. The design features prongs along the outer ring and tumbleweed manifestations while playing the game.

However, the skin’s sound effect is not as impressive compared to other skins like the Cosmic Charger Hecarim. Nonetheless, that’s no deal-breaker for this awesomely cute skin. And considering loads of cool features that the Hecarim Skin packs, it’s worth its price of 1350 RP. 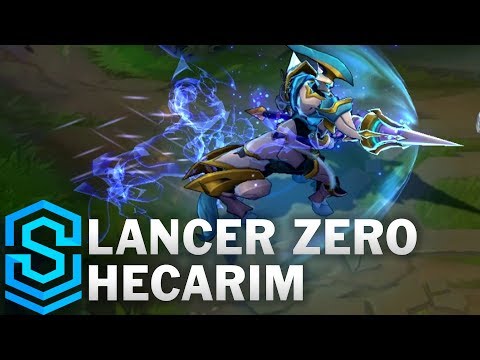 Lancer Zero Hecarim shares many similarities with skins from the Mecha line. The skin is appealing because of its neat and smooth appearance. The sound effect that has been incorporated into the skin’s design is simply magnificent.

However, it’s worth mentioning that the soundtrack has a few setbacks. For instance, the E charge-up time is barely audible unless you adjust the default sound settings. Also, the overall design of the skin lacks a unique identity that can distinguish it from other amazing gemstone skins. Meaning it doesn’t have any distinct and unique features. Nevertheless, this is still a tremendous Hecarim skin for anyone looking for something thrilling and worth showing off. 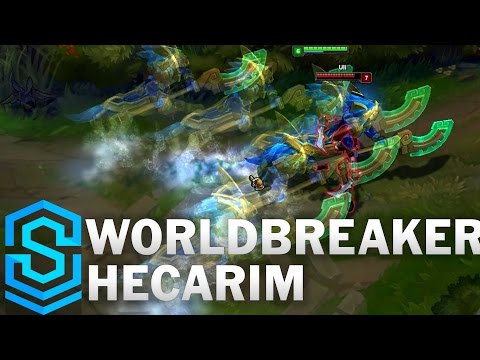 Worldbreaker Hecarim’s skin design focuses on the graphical appearance more than any other ability. It has an appealing appearance with a gold, blue, and teal color theme that is very easy and comfortable to the eye.

The skin’s design has incredible splash art, but it is essential to point out that it shares with Nasus. It has a cheaper price point, which is evident in quality because the skin clips at Hecarim while he dances.

This skin is not ideal if you look for something unique and extravagant. For LoL gamers who are just starting to collect some Hecarim skins, this is an excellent addition to your collection. 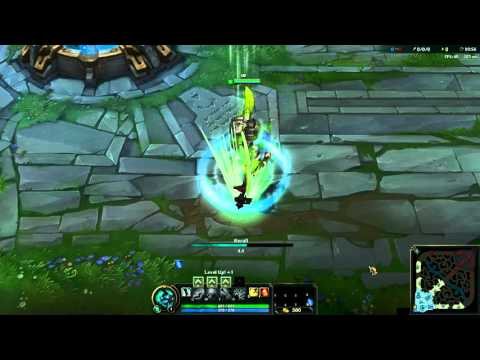 Elderwood Hecarim skin is a fantastic add-on to your game because of its fierce and captivating appearance. The skin features a wooden head that is simulated to look like a demon goat head. The skin features armor that looks like ruins, thus giving it a rugged feel. The skin’s sound effect matches its captivating appearance, and you can enjoy cool sounds while playing the game.

The only setback the skin has is the weapon conversion from splash art to in-game. A pro gamer might find that somewhat less interesting. Even so, the skin still has some of the best features and is worth its price of 1350RP. 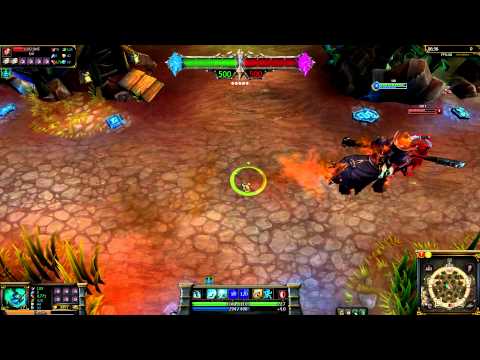 Headless Hecarim skin design was developed by Riot Games to captivate gamers during Halloween specifically. The skin’s design draws its inspiration from Halloween; everything about its design is scary. The skin has a head that looks like a carved pumpkin that has been set on fire. There is a trail of orange flames oozing from the burning and harrowing head. The flames provide an orange and black color palette which is a deviation from the natural blue color theme.

This skin is particularly ideal for the Runeterran Headless Horseman. You can enjoy the flawless black trench coat and fiery trails that provide a compelling scary visual effect. The sound effect has been curated to complement the spooky theme of the skin. If you’re a fan of scary LoL skins, then you need to check this out. 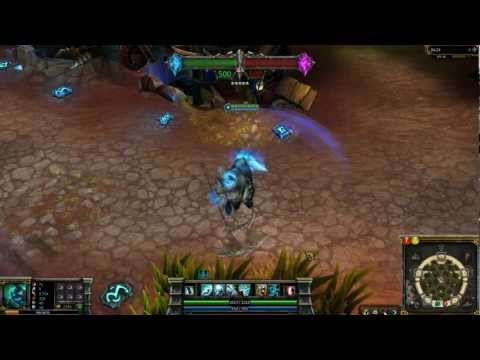 Reaper Hecarim is the best bet for anyone who enjoys the old and classical skins. The skin draws its inspiration from the grim reaper look, and it has accessories to complement the grim appearance. The design features fierce body armor and a scary skull head. The skull head appears to be burning with a blue flame making the skin have a black and blue theme. The skin is accessorized with a horrifying hacking weapon designed to deliver nothing but anguish and pain on your enemies. 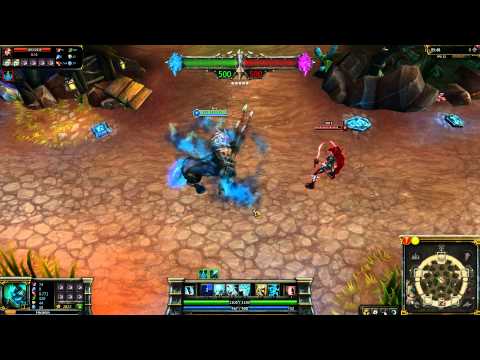 Blood Knight Hecarimskin is one of the least appealing skins designed by the Riot Games. The skin’s design is categorized as legacy skin, and it leaves less to be desired when you look at its splash-art. The skin’s head is ugly with a pair of twisted horns that give the design a frightening appearance. Color red could have been used more to complement the bloody theme costume.

Also worth mentioning is that the skin is rather expensively priced. At 975 RP, it’s among a few skins lacking in excellent features yet are very expensively priced. However, the uniqueness of the skin’s design is one of its advantages. It’s an excellent skin for new gamers who are only getting started with Hecarim skins. 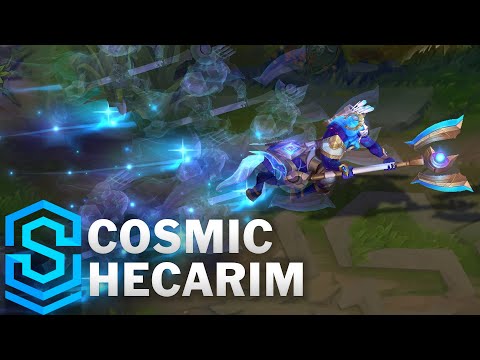 Classic Hecarim skin is the basic version of Hecarim skin. It was designed and developed by Riot Games, and it is the default skin for any new player. The design is inspired by the old and classic war suit armor. The design features a well-built steel armor that covers Hercarim’s entire body. The armor has visible skull images carved into the skin.

You can use a gigantic weapon to fight and kill your nemesis in the game. A blue glow emits from the skin and covers the entire outline of the skin and weapon. Classic Hecarim skin features basic sound effects, but you can get better audio features if you upgrade your skin. 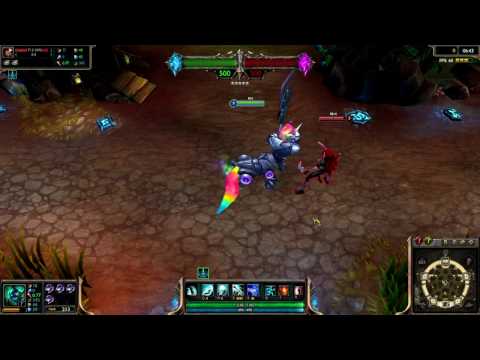 Arcade Hecarim skin is one of the most recommended skins developed by Riot Games. This skin version is the first one in a series of Arcade skin lines. The design features a lot of fantastic abilities crumbled into one skin. The appearance of the skin features a full steel body armor with a polished and shining glow. It has a bright rainbow-colored mane, sharp unicorn horn, and tail.

The skin design will empower you with a guitar hero weapon which is considered the best weapon by most advanced gamers. You can access the empowered state if you get 2 Qs when playing the game. The empowered state gives your weapon a pixelating lightning effect, and your E speed-up time is drastically enhanced.

That’s it for the roundup of the best Hecarim skins in League of Legends. Whether you are a pro gamer or just a novice gamer starting, you can find a suitable Hecarim skin that suits your gaming level in LoL.

How to Scrape Amazon: A Step-By-Step Guide Using Python
How to Clear Instagram Cache [Quick Guide - 2023]‍
5 Best Lissandra Skins (Ranked from Worst to Best)
How to Block Someone on LinkedIn [Without Them Knowing]
How to Fix Xbox Party Chat Not Working [2023]
How to Turn on Subtitles on Disney Plus [All Major Devices]
How to Add a Promotion on LinkedIn [Jan 2023]
How to Get Amethyst Shards in Minecraft 1.19 (How to Use)