Do you often use Spotify to listen to music? These are some 25 legit statistics worth noting. You can stream the best music and podcasts on the platform for free.

Navi.
Impressive Top 10 Spotify Statistics
Spotify User Statistics
1. As of 2022, there are over 422 million active Spotify users.
2. There are over 236 million active Spotify users.
Spotify Revenue Statistics
3. In 2021, Spotify got over 9.67 billion Euros.
4. In 2021, the Spotify artists were paid over $7 billion
Spotify Popularity Statistics
5. Almost 66.7% of UK residents use Spotify each week.
6. The most popular podcast genres on Spotify are society and culture.
7. Spotify is accessible in over 183 countries globally.
8. It is estimated that 70% of pet owners play Spotify music to their pets.
Spotify Demographic Statistics
9. Over 56% of Spotify users are female
10. Most Spotify users are between 25 – 34 years.
11. It is estimated that over 30% of Americans use Spotify every month.
Spotify Growth Statistics
12. Spotify officially launched the Wrapped capability in 2017
13. Spotify has over 80 million tracks
14. Spotify is also gaining popularity in the gaming industry.
15. Spotify partnered with Shopify to give artists more creative freedom
16. Spotify platform uploads over 60,001 new tracks each day.
Spotify Song Statistics
17. Bad Bunny was one of the most streamed artists in 2021.
18. In 2021, the most streamed song was “driver’s license” by Olivia Rodrigo.
19. Spotify hosts over 4 billion playlists.
20. K-Pop has been streamed over 41 billion times on Spotify.
Spotify Podcast statistics
21. Spotify has over 4 million podcast titles
22. Spotify gets over 32.5 million podcast listeners in a month
23. In 2021, the most popular podcast was the Joe Rogan Experience.
Spotify Innovation Statistics
24. Spotify launched Loud and Clear to make the payout distribution more transparent
25. Spotify adds real-time lyrics to the platform.
Stream the Best Music On Spotify

If you love listening to music, then Spotify is the perfect platform for you. The streaming platform offers a wide variety of music and podcast genres.

You can’t miss finding something that suits your taste. Spotify’s service is available in many countries, leading to its popularity rise.

Spotify competes closely with Apple Music and Amazon. Since its launch in 2006, it has grown to offer various music, audiobooks, and podcasts. 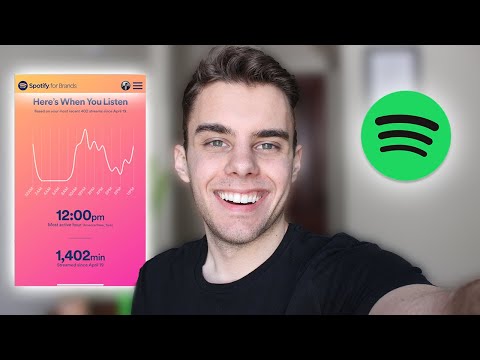 Spotify gains popularity with each passing day. As of 2022, Spotify had over 422 million active Spotify users.

The number of users has increased over time due to the diversity and number of music files.

2. There are over 236 million active Spotify users.

Spotify allows its users to choose either the premium or the free plan. The premium plan doesn’t feature any ads compared to the free program which features many ads.

There are over 183 million premium subscribers globally. If you don’t like encountering ads, you better consider getting the premium plan. The number has continued to increase over time.

Spotify gets most of its revenue from premium accounts rather than from ads watched by the free account users.

In 2021, it was reported that Spotify got about 9.67 billion euros. This was a significant increase from 7.88 billion in 2020. A premium account comes with numerous benefits.

In 2021, Spotify artists were paid $7 billion for their streaming music. This is a good indication of how artists are being appreciated for their excellent work.

Spotify is popular in the UK. A recent study showed that over 66.7% use Spotify weekly.

As of 2020, more than 62% of people in the audio subscription market had a Spotify account. This is because of the music and genres on the Spotify platform.

6. The most popular podcast genres on Spotify are society and culture.

People listen to Spotify music and podcast equally. Some other popular genres are comedy, lifestyle, art, entertainment, health, and education.

You can’t miss finding something interesting to satisfy your needs.

7. Spotify is accessible in over 183 countries globally.

Up now, there are over 183 countries that can access Spotify. The Spotify iOs app is available in over 157 countries which is a significant percentage.

8. It is estimated that 70% of pet owners play Spotify music to their pets.

It is estimated that 70% of pet owners play music for their pets. Furthermore, it is believed that pets also love music and adapt to having the same music taste as their owners.

It is estimated that over 56% of Spotify’s users are female. This shows that males only account for 44% of Spotify users. However, the range might continue to fluctuate over time.

Most Spotify users are said to be between 25-34 years. They make up about 29% of the users. This shows that younger adults prefer using Spotify so much.

11. It is estimated that over 30% of Americans use Spotify every month.

As of 2021, it was estimated that 30% of Americans use Spotify monthly. This shows how there is an increase in Spotify use.

Wrapped started in 2015. However, it was just known as the “year in music.” It used to showcase some of the most popular songs of the year and individual artists’ top 100 songs.

It was renamed “Wrapped” in 2016 and changed functionality in 2017. It features a lot of personalized listening user data. Therefore, you can listen to what you like in your comfort.

13. Spotify has over 80 million tracks

Spotify has over 80 million tracks. Therefore, you get access to a wide variety of song genres. Most famous artists have their songs on Spotify.

So, what are you waiting for? Get access to the ideal music streaming platform.

14. Spotify is also gaining popularity in the gaming industry.

Did you know that gamers are some of the most significant Spotify users? Well, they are! Their most popular genre is rap and trap music.

Gaming soundtracks like Minecraft, Doom, and Death Stranding are also listened to on the platform.

15. Spotify partnered with Shopify to give artists more creative freedom

Spotify and Shopify partnered together to give artists more creative freedom. Therefore, artists on Spotify can link to their Shopify accounts. This makes it easier for them to share music and merchandise.

Therefore, when users browse a Spotify channel, they can see products associated with the artists and the product’s catalog. This supports artists in the audio and e-commerce perspective.

The Spotify platform is estimated to upload over 60,000 new tracks daily. Therefore, more than 22 million new tracks are uploaded in a single year.

In 2021, Bad Bunny got the most streams compared to any other artist. The other popularly streamed artist songs were from Taylor Swift, BTS, Drake, and Justin Bieber.

In 2021, one of the most streamed songs was “driver’s license” by Olivia Rodrigo. Even though not all her songs were streamed that often. Her hit song driver’s license took center stage.

This makes it easier to share playlists with family and friends. The most popular playlist is “Today’s Top Hits”. It has over 30 million followers.

20. K-Pop has been streamed over 41 billion times on Spotify.

It is estimated that K-Pop has been streamed over 41 billion times on Spotify. Additionally, Spotify users have added K-pop singles to more than 96 million playlists. This is mostly in Egypt, Vietnam, France, Columbia, etc.

The Metallica brand has also had over 1 billion streams from 45.9 million listeners. This amounts to 89.9 million hours.

21. Spotify has over 4 million podcast titles

If you are a podcast fan, you can’t miss finding an ideal podcast to listen to. Spotify hosts over 4 million podcast titles, making it a choice for many creators.

22. Spotify gets over 32.5 million podcast listeners in a month

Podcasts are just as popular as songs. Therefore, Spotify gets up to 32.5 million podcast listeners per month. This shows how people are embracing podcasts at a high percentage.

23. In 2021, the most popular podcast was the Joe Rogan Experience.

In as much as people have different tastes, in 2021, The Joe Rogan Experience was the top podcast.

The other popular podcasts include Crime Junkie, Call her daddy, and TED talks daily and the Daily.

Spotify recently launched Loud and Clear which is Spotify’s attempt to bring transparency to how it pays its artists and money distribution.

There is also an online calculator that can be used for artists to figure out how their songs are fairing.

Spotify’s users have always wanted in-app lyrics. It launched a lyrics feature for its users worldwide.

This is regardless of whether you are using the free or premium version. This was after a partnership between Spotify and Musixmatch.

Stream the Best Music On Spotify

Spotify is an amazing music streaming site that different users can benefit from. You just need to have an artist in mind and search for the songs. Everything can be found on the Spotify platform at ease!

What are you waiting for, join the other Spotify free or premium subscribers without any worry!