10 Powerful Anime Characters Could Beat Ichigo in a Fifht 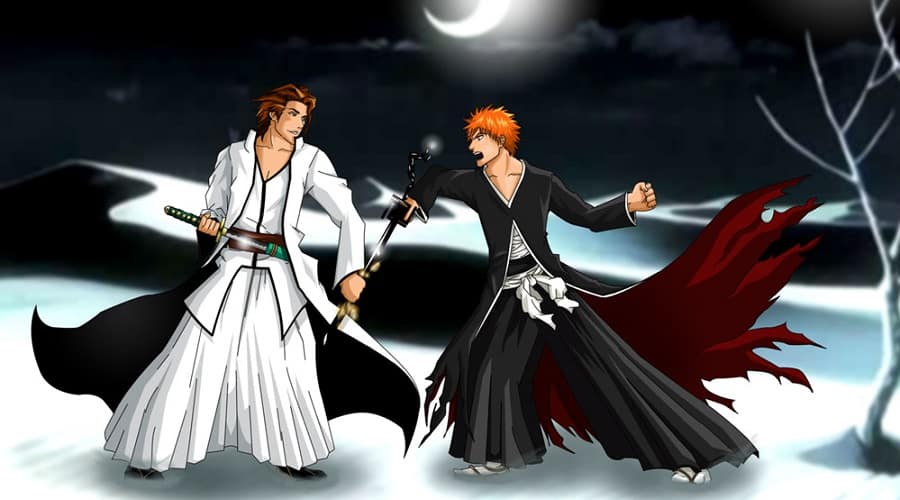 Discussing the fighting power of anime characters is always a meaningless but always interesting thing. Ichigo Kurozaki, as the main character in BLEACH, is not invincible. The following are anime characters that could beat ichigo. 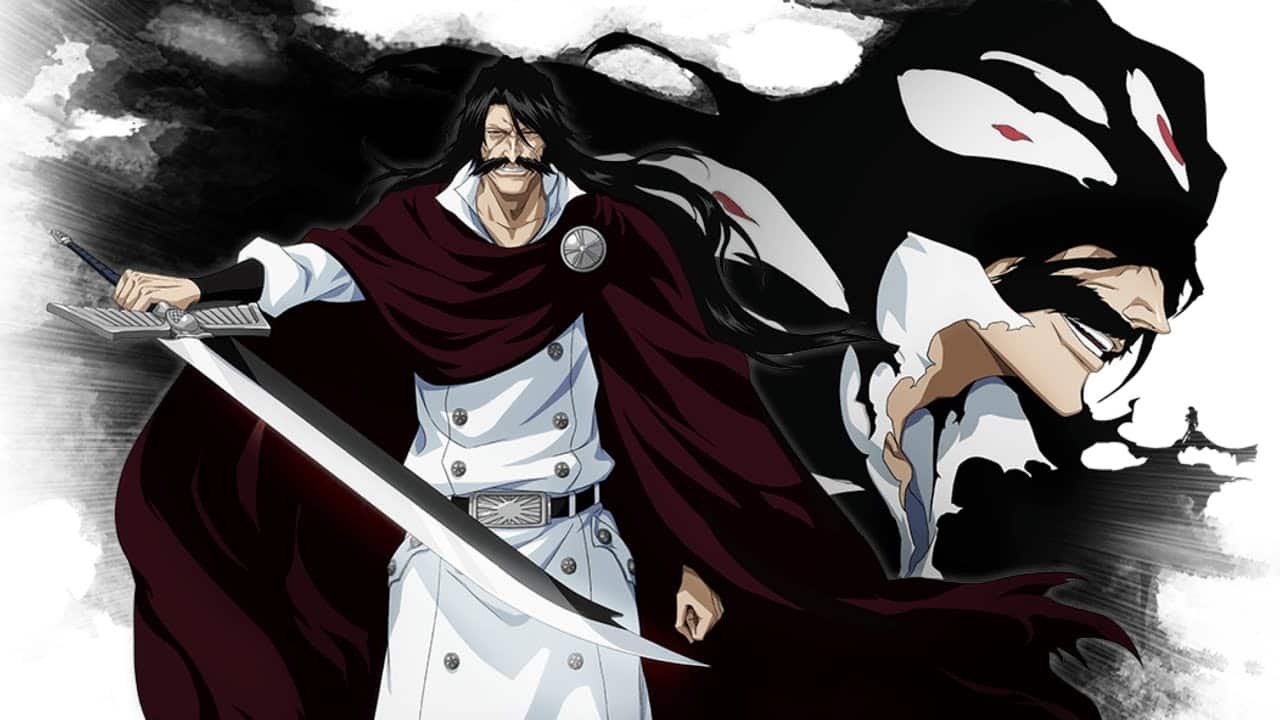 The source of Quincy, the strongest antagonist in the whole anime. Yhwacha has the power to see everything and into the future, to see how to be undefeated, unharmed, and unaffected by anything and everything. As well as deciding reality, no one can ever stand toe to toe against that.

During his fight with Ichigo, he had foreseen the threat of his Bankai, so he simply canceled it in an instant it was about to come out. That was how strong he was. A god-like power, unimaginable to be defeated! 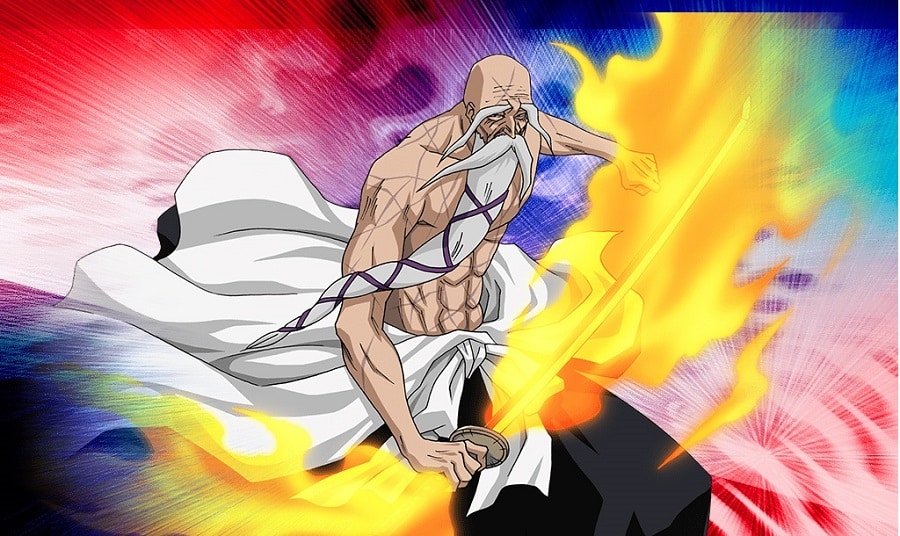 The most powerful Shinigami and the oldest captain, founder of Gotei 13. Capable of burning down the whole soul society, his Bankai alone is a complete powerhouse. Unlike Ichigo, who lacks experience, Yamamoto is a master swordsman, a Hakuda master, a Kido master, and a Shunpo master. His old age has definitely made him a brilliant strategist and tactician.

Yhwach claims that no one is capable of overcoming the power of Yamamoto’s Banki; it’s enough to burn the whole world to ashes. And even when Aizen sealed his Zanpakuto, he was still capable of demonstrating a terrifyingly lethal power which is something Ichigo can’t do without his Zanpakuto. 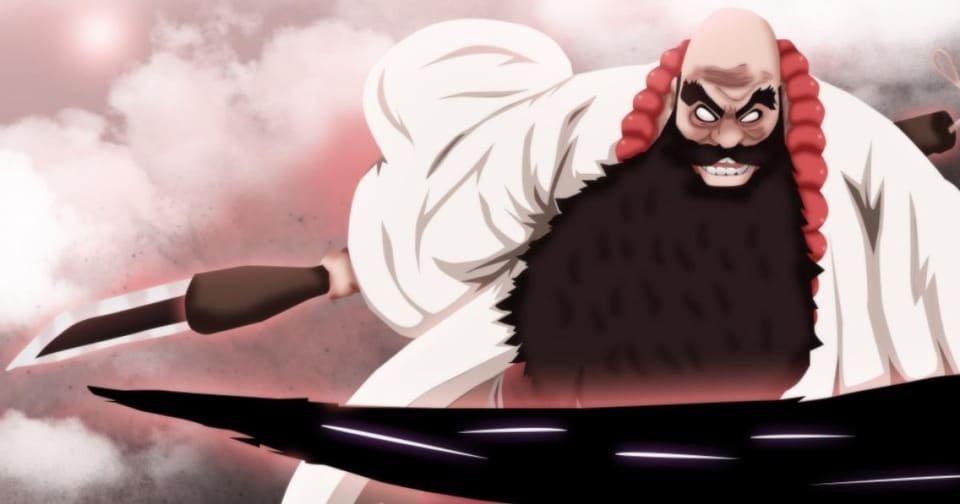 All things that exist in soul society were originally given their names by Ichibei. The oldest Shinigami in existence, standing on top of all soul reapers. He can make anything come true with the power of his ink, from simply changing the name of Ichigo to completely obliterating his powers, his memories, and himself as a being.

Ichibei is capable of taking Ichigo’s power and cutting it in half, and that’s just with his base sword. His second form controls all black, which means if anyone gets caught by his black, they will literally lose all their powers without being able to do a single thing about it. 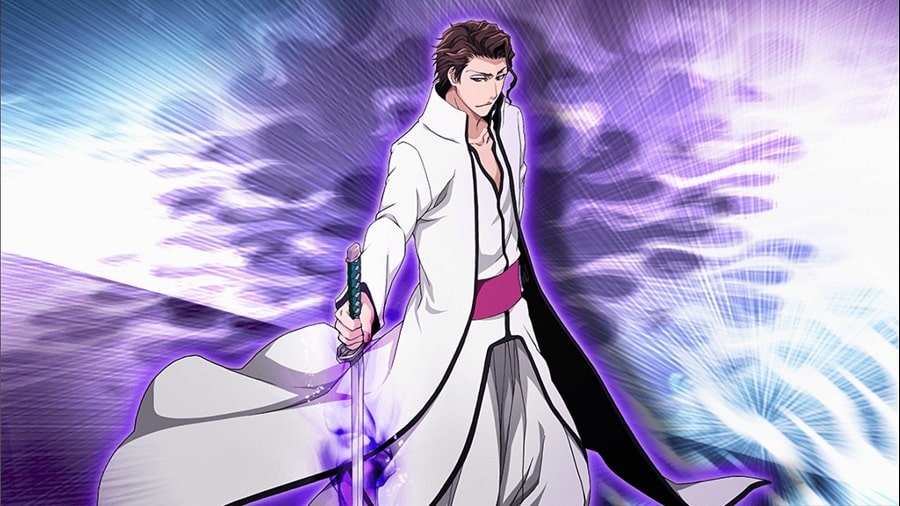 Having an extremely intimidating intellect and knowledge of many things unknown to other Shinigamis, Aizen is easily considered one of the strongest characters in bleach. His deceit and manipulation go well with the power of his Zanpakuto “Complete Hypnosis”.

Aizen was able to fuse with the Hogyoku becoming even more powerful than he already had. Although Ichigo’s final getsuga was able to defeat Aizen’s final form, it wasn’t enough to actually kill him, and if it weren’t for Urahara sealing Aizen away, he would have fused with his Zanpakuto just like Ichigo did, making him even more powerful and securing his victory. 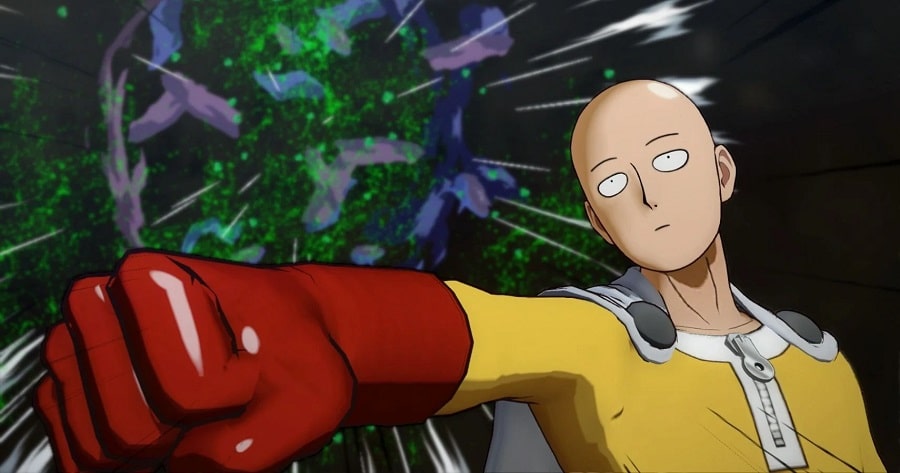 A hero just for fun. Saitama, without any doubt, is a completely overpowered character. He just needs one punch to destroy his enemy into nothingness; no matter how strong they are and how durable they are, one punch is all it takes.

Saitama is also seen fighting casually, but a “Serious” punch is enough to send someone flying across the earth. Not to mention that Saitama was thrown into outer space towards the moon but barely seemed to be harmed or injured. If Saitama was to face Ichigo, then all it would take him is a single punch, and the superhero would win. 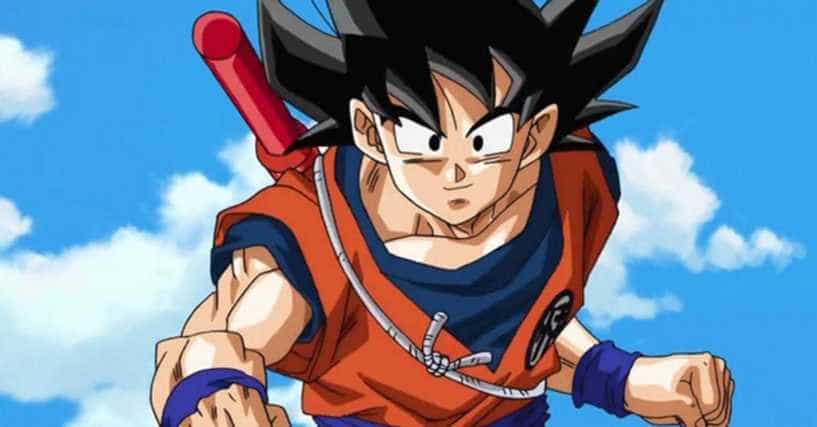 A male Saiyan was originally sent to destroy the earth but ended up defending both it and the universe from many threats and destructions. Goku's power level had always been scaling and increasing time after time until he was able to fight with literal gods.

Having multiple abilities and powers that can defeat Ichigo, things like his God Bind will put Ichigo in a suspended movement, making him struggle to move at all. Goku’s Instant Transmission can easily avoid all kinds of Ichigo’s attacks, and his Kaioken allows him to multiply his powers up to the point where he can be fast enough to move through time! The hero who ended the great ninja war. Having the power of the ninth tail inside him and having the six paths sage mode, which is his greatest power, allows him to defeat Ichigo. Naruto was able to withstand an explosion that destroyed half the moon, arguably powerful enough to destroy the whole moon if naruto didn’t block it.

His Truth Seeker's Balls can utterly defeat Ichigo because only Sage Jutsus works against them, and Ichigo doesn’t have that kind of power. While others claim that Ichigo can’t be seen because he is a Shinigami, this turns out to be false because Chakara is a form of spirit energy. 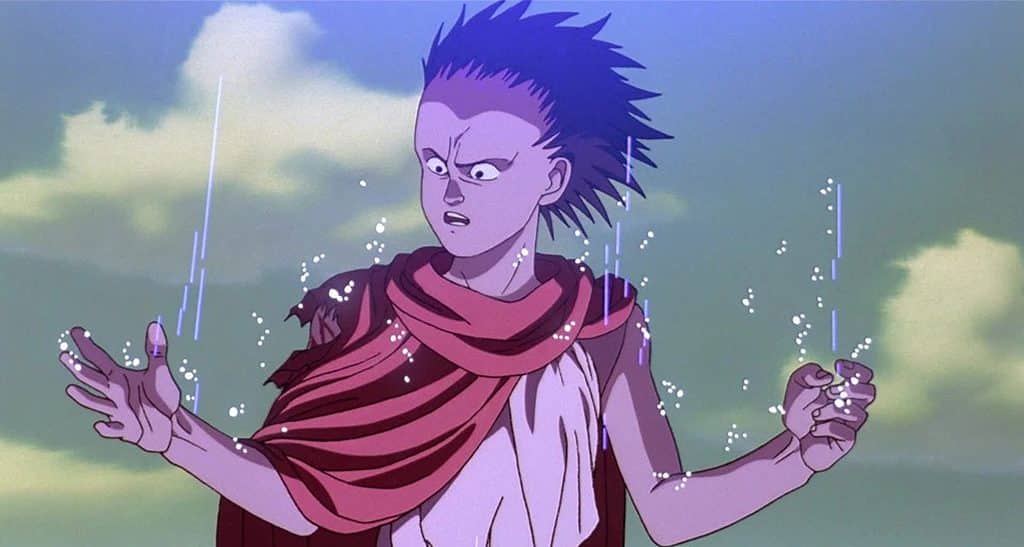 After the government has done experiments on the teenage Tetsuo Shima, he has gained superhuman powers and regeneration powers. Tetsuo has the powers to move objects with his mind, to teleport, and to even create a prosthetic arm out of metals and wiring and have it move like a natural arm.

Having the ability to create force fields with his mind and psychic enough to stop the rotation of the earth, Tetsuo has a very good chance at defeating Ichigo. 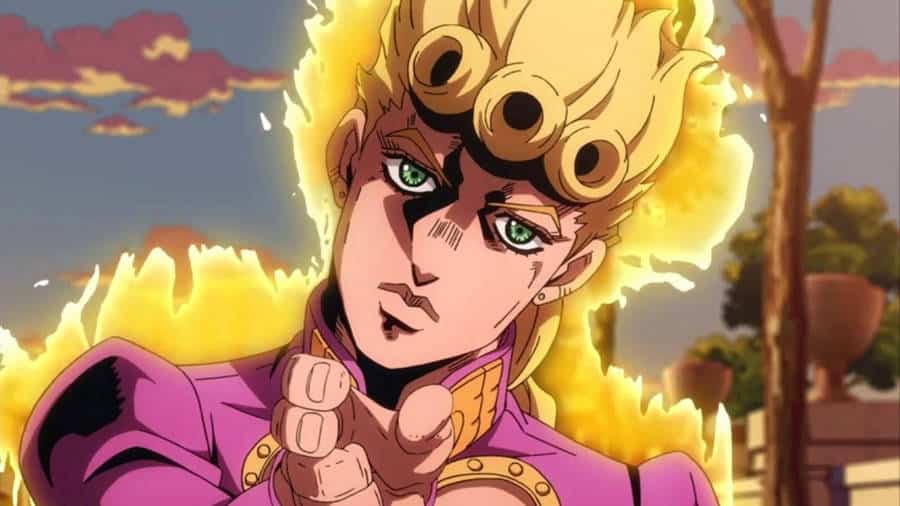 The son of Dio and initially named Haruno Shiobana, is a stand user who acquired the requiem arrow, which enchanted his stand to become a gold experience requiem. Girono’s stand is, without doubt, the strongest stand in existence after acquiring the requiem arrow, he has the ability to revert anything into its previous state, and he has amazing healing abilities.

If Ichigo was to fight Giorno and get hit by his gold experience requiem, then Ichigo would enter a death loop  where he would continuously keep dying for eternity. 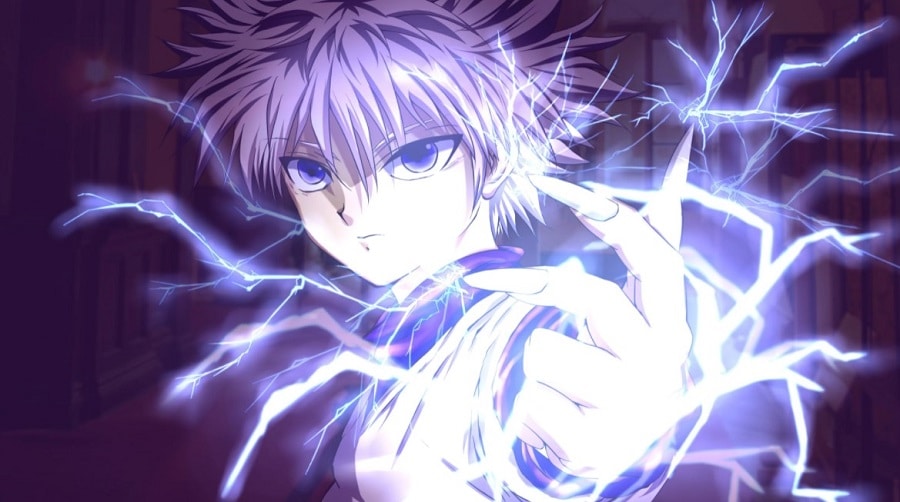 Even though Killuda is just about the age of 14, his powers and durability are very impressive, with a terrifying potential for evolution. His God Speed allows him to have instant reaction time, making it nearly impossible for anything to hit him.

Against Ichigo, Killua will be able to avoid most of his attacks and hit him with his thunderbolt, paralyzing him and making it very difficult to fight back.